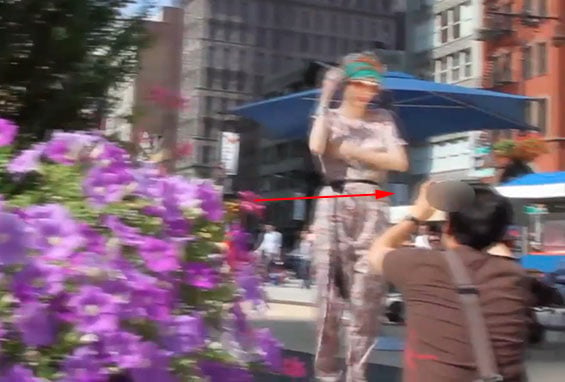 After reading about the revolutionary “shoot first, focus later” Lytro camera that’s currently in development, Canadian fashion model Coco Rocha reached out to the company to ask if they could work with a prototype. The next week, Lytro sent photographer Eric Cheng with one of the prototype cameras to do a fashion shoot with Rocha. In addition to the photos from the shoot, Rocha also released a behind-the-scenes video. While the video mainly shows Rocha posing, we get a few very brief glimpses of Chen holding a blurred out camera. The camera is entirely obscured, but we do see that it’s relatively small (roughly the size of a P&S), and that you compose shots with a screen on the back.

LYTRO – Behind The Scenes (via Fstoppers)

Photographs of Living Spaces Shot with a Ceiling-Mounted Pinhole Camera