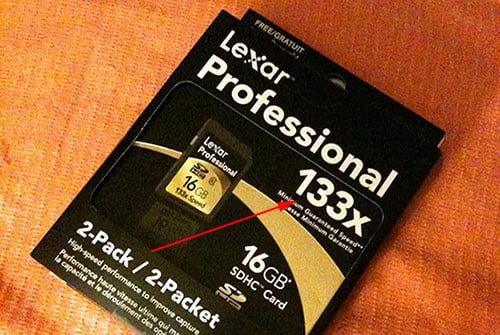 Instead of labeling their memory cards in MB/s, some manufacturers choose to use “Times” ratings (e.g. 8x, 12x, 20x, etc…). While it’s pretty clear that a higher number indicates faster speed, what exactly is the number a multiple of?

The answer is that the memory cards are using the same transfer speed rating as the CD-ROM industry, with 1x being equivalent to the data transfer rate of an audio CD, which is 0.15 MB/sec or 1.2288 Mbps.

Even though memory cards don’t use moving parts and have nothing to do with audio CDs, some manufacturers continue to use this measurement standard for labeling their cards.

How Fast Should Your Camera’s Memory Card Be? [NYTimes]

Vibrations Invisible to the Human Eye Shot at 1,000 Frames Per Second