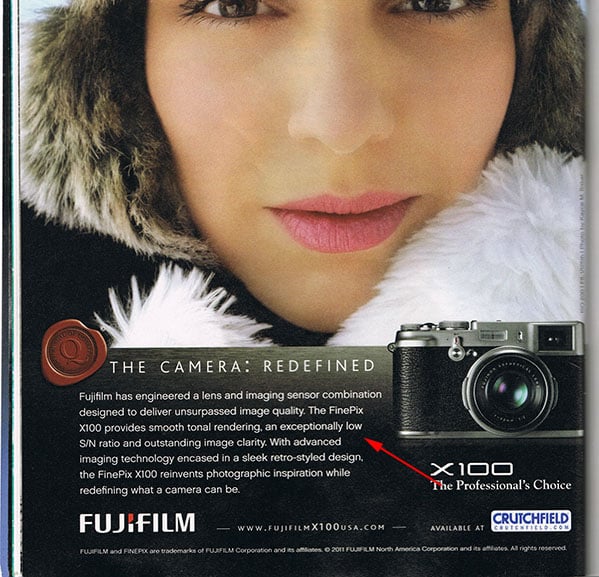 One of our keen-eyed readers named Daniel recently opened up his July issue of Wired magazine and saw this advertisement for the popular Fujifilm FinePix X100. What caught his eye was the following line:

S/N stands for “signal to noise” and an “exceptionally low S/N ratio” would mean the camera shoots extremely low-quality, noisy photographs — hardly the thing you’d want to boast about in an advertisement!

Update: Title and tweet fail: we originally wrote “Kodak” instead of “Fujifilm” in the title of this post. Sorry Kodak!

Behind the Scenes with the Photographer of the Boston Red Sox

War Photographers Share about Shots that Almost Got Them Killed