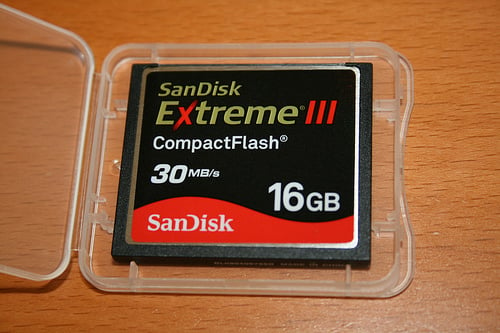 Nikon, Sony, and Sandisk have announced that they’re teaming up to develop a set of specifications for the next generation of memory cards. The new format uses a new interface (PCI Express, previously Parallel ATA) that allows data transfer rates of up to 500MB per second. The theoretical maximum capacities of the cards would also be increased from the current 2 terabyte ceiling.

These future cards would allow photographers with future cameras to store a large number of RAW images captured with continuous burst shooting, and would also make transferring data off the card a snap. No word yet on when the future will arrive.