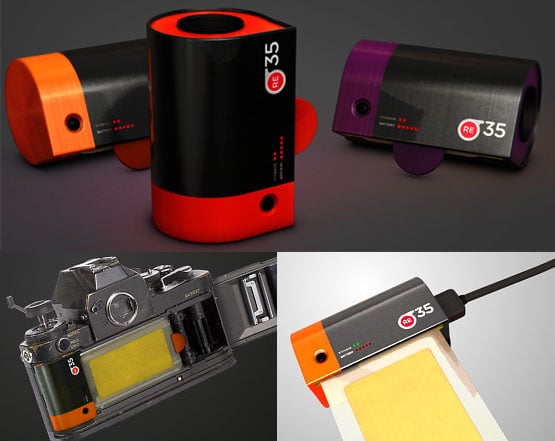 When a fake camera technology is unveiled, it’s normally called a “concept”. When it’s published on April 1st, however, it’s called an April Fool’s Joke (e.g. last Friday’s Canon iPad monitor). The RE-35 is another fun idea that would be absolutely awesome if it actually existed — it’s a 35mm canister that transforms any 35mm film camera into a digital one using a flexible sensor. Simply load the canister into the camera as you would with film, shoot your photos, and download them by connecting to the canister via USB.

Take Fun Portraits of Your Cat Using a Flatbed Scanner