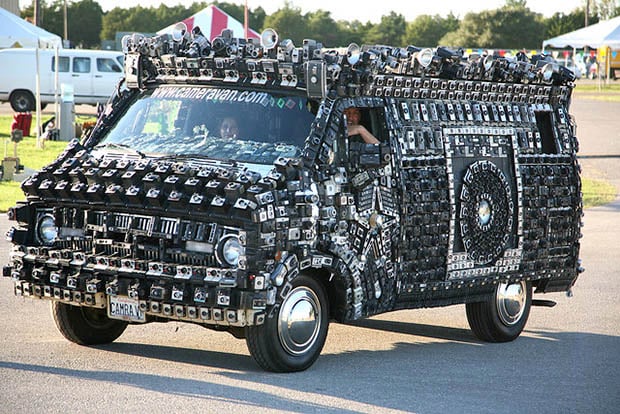 In 1993, a guy named Harrod Blank had a dream in which he drove around in a camera-covered car taking pictures of people staring at his camera-mobile. When he woke up, he decided to make the car a reality, and spent the next two years designing and building the thing. In 1995 he completed the Camera Van complete with a working camera to capture the expressions of onlookers.

The front of the camera features every Polaroid camera ever made: 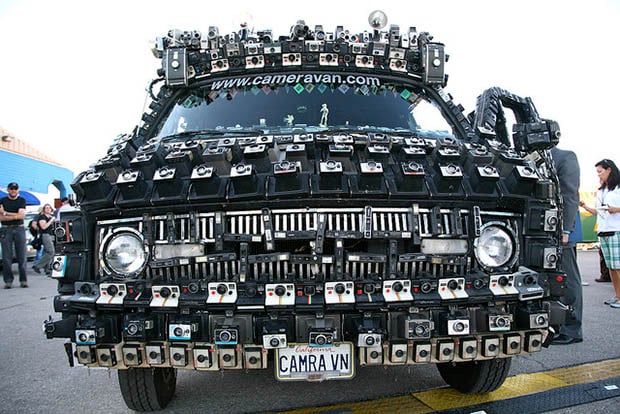 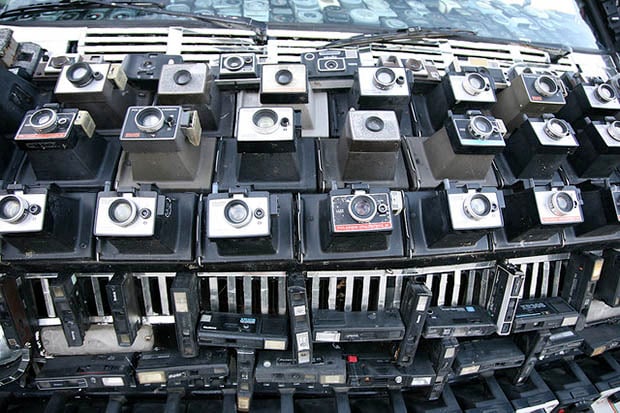 The driver’s side of the camera has Kodak Instamatic Cameras arranged to look like a giant Instamatic Camera. The back of the van has two monitors that play a repeating slideshow of the Camera Van’s photography: 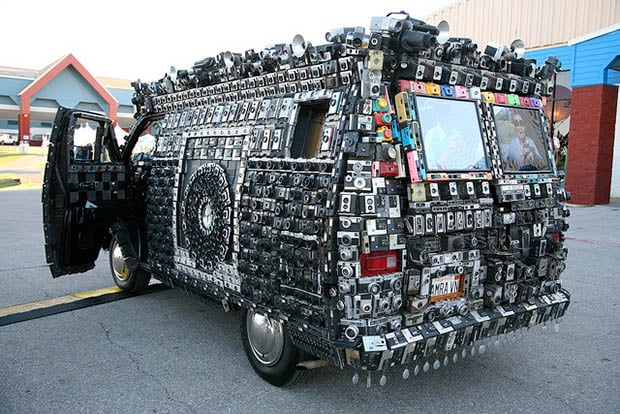 The passenger side has a giant film strip created using four color monitors: 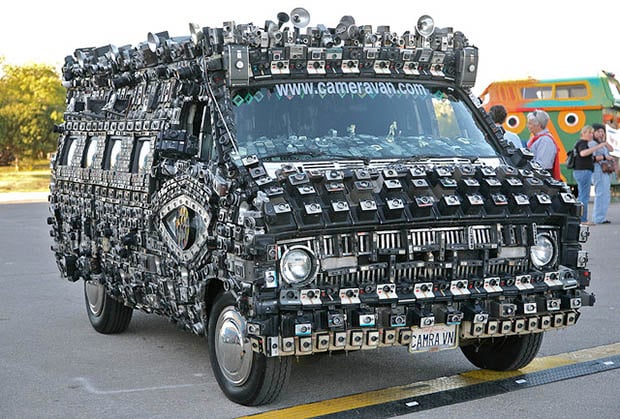 The top of the van also has “SMILE” spelled out with Kodak Instamatic Cameras.

Blank also created a 68-pound “Flash Suit” made up of over 100 actively flashing bulbs.