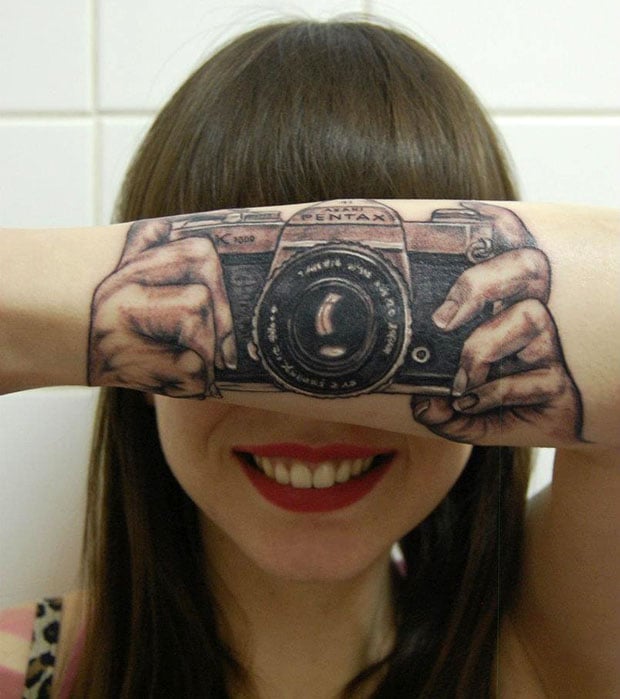 We’ve shared a number of photography-inspired tattoos in the past, but here’s a concept we’ve never seen before. Brunssum, Netherlands-based tattoo artist Helma van der Weide created this optical illusion tattoo for her daughter Lotte van den Acker‘s forearm. All Lotte needs to do to show off her passion for photography is cover up her eyes with her arm and voila! Instant photography!

Her camera choice is a good one. She chose an old school Asahi Pentax 35mm SLR, a camera that made such a splash after it was announced in 1957 that it influenced the design of subsequent 35mm SLRs around the world for years to come. The popular K1000 model was launched in 1976.