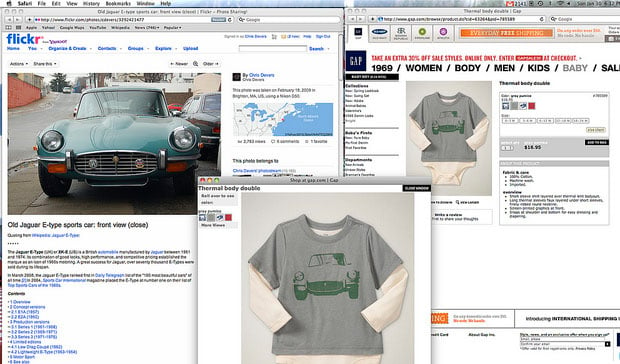 Flickr user Chris Devers recently found that one of his photographs had been used by The Gap as a design for children’s clothes (here and here). The photo itself was published under a Creative Commons license requiring attribution, non-commercial use, and no derivative works — usage conditions that were completely ignored. 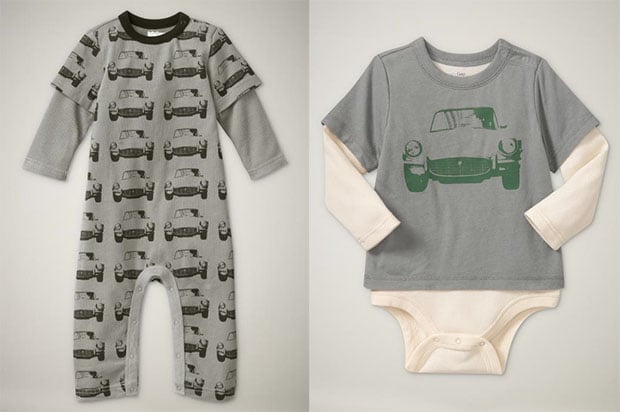 Here’s a comparison of Gap’s graphic overlaid on Devers’ photo (hover your mouse over the image to compare them): 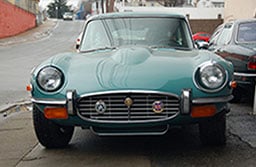 Some portions were obviously modified (e.g. the grill), while others clearly indicate that the two images are related (e.g. the power lines in the windshield reflection).

I have various thoughts about what’s going on here — for example, the mind-boggling idea that some unknown factory in southeast Asia somewhere is cranking out thousands of $16.95 tshirts with my photo on them on behalf of the Gap, and yet they never attempted to contact me about their use of my work — but I’m trying to keep most of my thoughts to myself until Gap has a chance to respond. [#]

What do you think of this situation? What should Devers’ do?

Image credit: My photo of a Jaguar E-Type from Flickr being used on Gap clothing designs by Chris Devers