Last month we reported that a Flickr photographer had found his photograph of a car being used as a Gap clothing design without his permission. It now appears that appropriating images from the web wasn’t limited to that design, nor just the Gap brand — Old Navy, another brand owned by Gap, is now being accused of stealing a car photograph as well. A photographer was strolling around in an Old Navy store in El Centro, California when he came across a shirt that he just couldn’t stop staring at. It featured a Land Cruiser that look remarkably similar to one he had photographed before.

Here’s a comparison of the two images. Hover your mouse over to switch them: 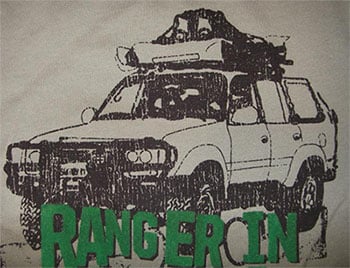 Isaac contacted Gap asking for compensation and for them to cease and desist, and received a message from a lawyer asking him to contact them.

Create a Beautiful Notepad with Photos