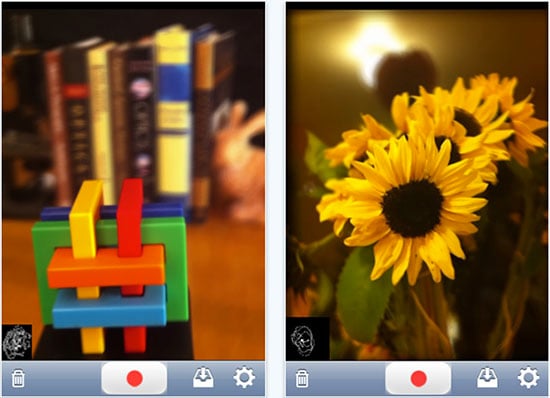 Ever wish you could take shallow depth of field photos on your iPhone that look like they were taken with a DSLR and large aperture lens? With an app called SynthCam you can. You simply aim the camera at a foreground object, press Record, and then slowly move the phone around a little while keeping it aimed at the subject. The app will then create a “synthetic aperture photograph” that blurs the background while keeping the subject you locked onto in focus.

While there are quite a few apps out there that take a single image and attempt to add blur to simulate shallow DoF, this app does its magic by using a video stream and capturing a still image every 30th of a second. These images are aligned with all the other frames, and blends them together. The only downside is that the resulting images are in HD video resolution rather than the higher photo resolution.

Here’s an explanation of how the app works and a demo of it in action:

SynthCam was developed by Stanford CS and EE professor Marc Levoy. You can find it in the App Store for $0.99.

Sony Unveils Two Compacts for People Who Love to Zoom