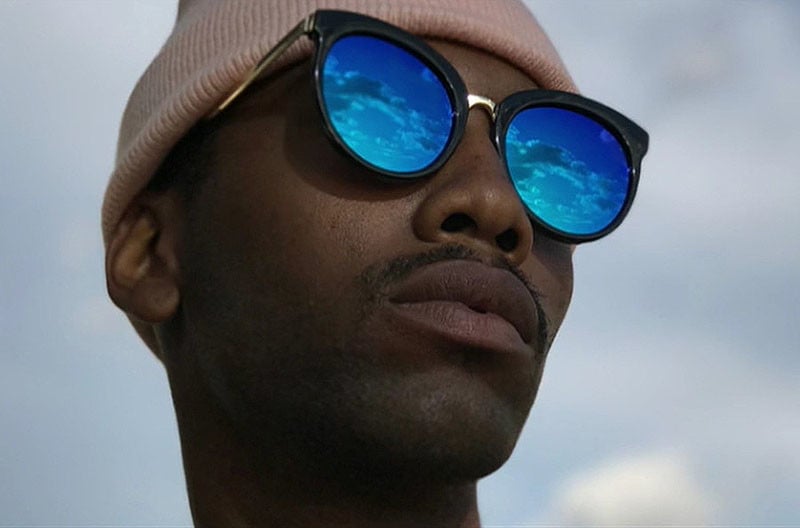 Why do the new iPhone 7 phones have to simulate a shallow depth of field? The short answer: physics.

Most photographers know that creating a shallow depth of field (DOF) is usually as easy as using a big aperture (of course, using a longer focal length helps). Even a 35mm lens on a full frame sensor at f/1.4 can still create a relatively shallow DOF with a close subject.

So when Apple announced that the iPhone 7 would have a f/1.8 aperture, it might stand to reason that a narrow DOF would be possible. But instead, the iPhone 7 smartphones will rely on software to simulate out of focus areas. Why?

On an iPhone 7 at f/1.8, this means that if you’re subject is farther than about 7 feet away, everything behind the subject will be in focus. But elements outside of the DOF don’t suddenly become blurry. There is a gradual defocusing, so in actuality you need a much shallower DOF for it to be noticeable (particularly when the image is viewed on small devices).

Things get a little better with the dual camera of the iPhone 7s. Apple claims the telephoto lens is roughly equivalent to a 56mm f/2.8 on a full frame camera, which gives us a focal length of about 7.7mm. A subject standing 10 feet away will give you a DOF of about 17 feet – enough to blur background elements if they’re far enough away. But this is nothing compared to the 1.3 feet of DOF you would get from an equivalent focal length/aperture on a full frame sensor. (And let’s not forget that many manufacturers produce f/1.4 lenses at that focal length).

Phone manufacturers seem overly preoccupied with size, and thus they are reliant on very short and small camera modules which imposes a host of design constraints that impact DOF. And although Apple has patented folded optics (like the Light 16), they will still have to figure out how to trade off thickness and area to accommodate such electronics in the future.

What would it take to create the same shallow DOF of a full frame camera as the iPhone 7? You’d need an aperture of about f/0.2. For the 4.15mm lens (28mm equivalent), this would require an aperture diameter of 20mm, and that doesn’t even taken into consideration the thickness, weight, cost and fingerprints! 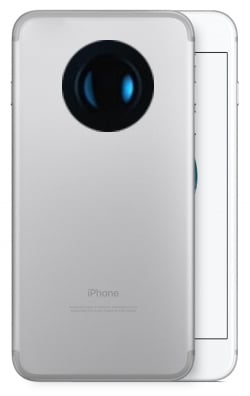 So unless you want your phone to look like the above, we’ll be relying on software to simulate shallow DOF for some time to come.

Cafe Mocks Photographer Who Asked That Stolen Photo Be Taken Down

‘The Falling Man’ Photographer Talks About His Haunting 9/11 Photo