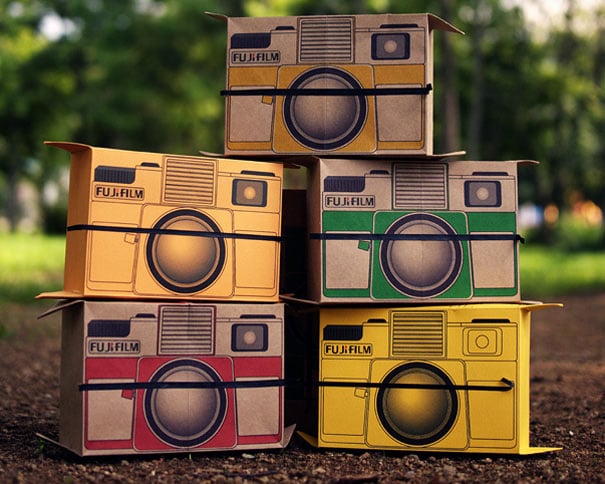 The “Flutter in Pinhole” is a beautiful concept camera that combines a cardboard pinhole camera with instant film to make sharing memories a breeze, and could be the high-tech postcard of the future. 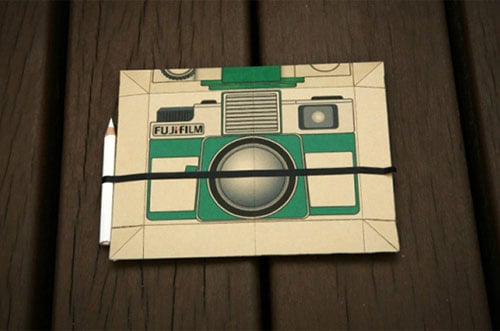 It starts out flat for easy mailing, and is expanded in to a box once you’re ready to use it. After tearing off the black strip of tape on the front, two pinholes begin exposing two sheets of instant film within, capturing the same scene twice. 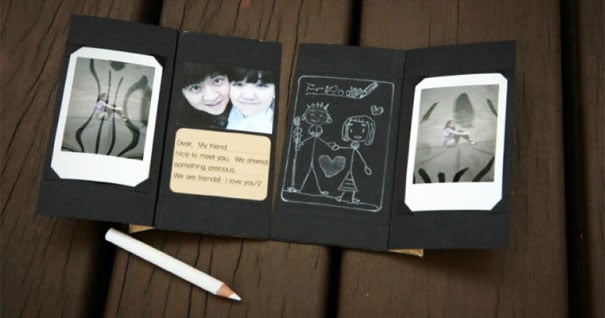 The camera is then cut into two, becoming two cards with identical pictures on one side and a space to write a note on the other. You can keep one and send the other to a friend.

This video should give you a better idea of how this camera is used: