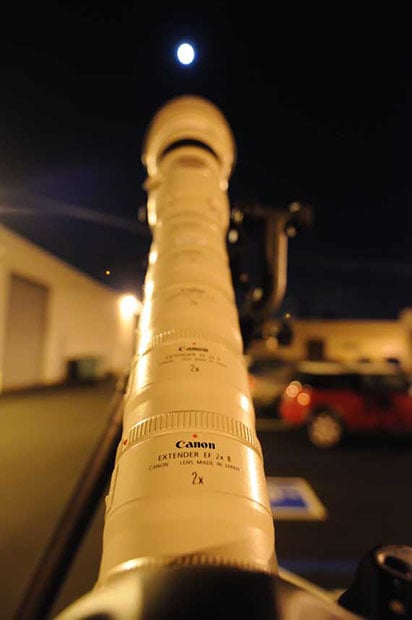 Now here’s a novel way to shoot the moon: stack five separate Canon 2x extenders to boost the focal length of your 800mm lens. Supposedly (and surprisingly) this rig actually captured a decent photograph of the moon.

This was done by the folks over at BorrowLenses, who also did the crazy filter stacking thing we featured recently. When you have as much gear as they do at your disposal, you have a wider range of ways to have fun with gear experiments.

Update: Josh from BorrowLenses tells me that with 5 extenders, the moon was actually bigger than the frame and the whole setup was “bending and flexing”: 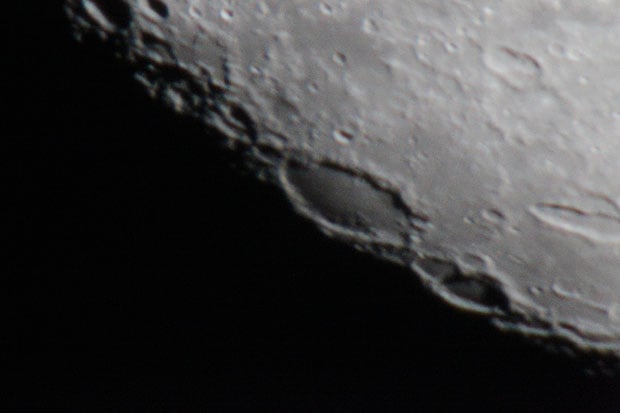 With 3 extenders the photo turns out a lot better: 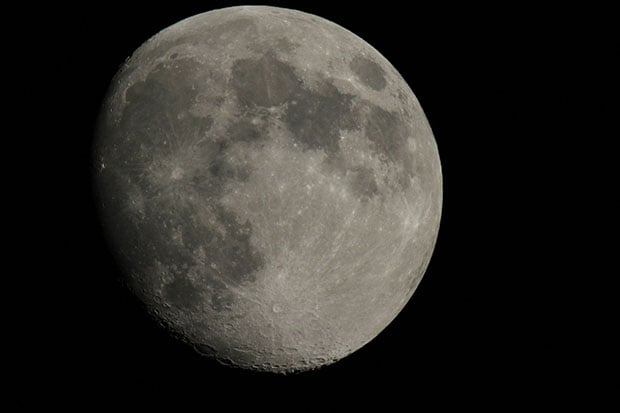 Disclosure: BorrowLenses is a sponsor of this blog, but — like last time — we came across this story on Reddit first