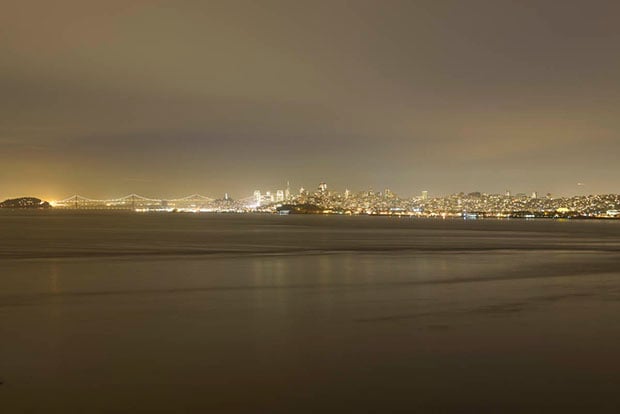 Gear reviewer Sohail Mamdani over at BorrowLenses was testing the Canon 6D and Nikon D600 last week by shooting nighttime photos of San Francisco Bay, when he discovered something strange: the DSLRs exposed the scene differently even when all the settings were identical in full manual. The photograph above was captured using the D600 at f/8, 30s, and ISO 100 (in JPEG mode).

Using the same exposure settings, this is the straight-out-of-camera JPEG the Canon 6D produced: 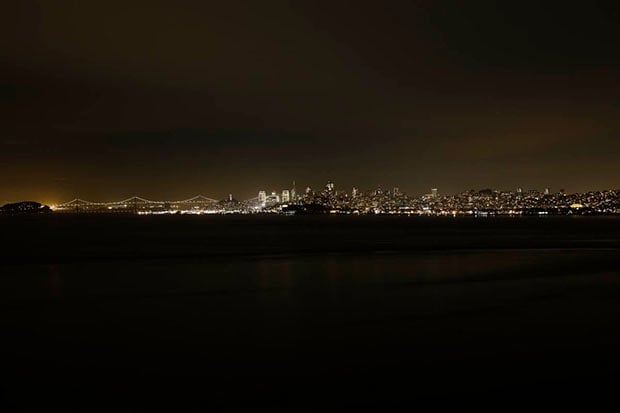 Mamdani found that the difference in exposure was about two stops. When he shot the same scene with the 6D set at f/4 (two stops faster), the resulting JPEG matched up with the D600’s shot.

At first Mamdani believed that the 6D was underexposing the scene, so he wrote a blog post over at the BorrowLenses blog titled “Is the Canon 6D Under-Exposing?”

Here’s are some sample shots showing what the resulting JPEGs look like with all settings identical: 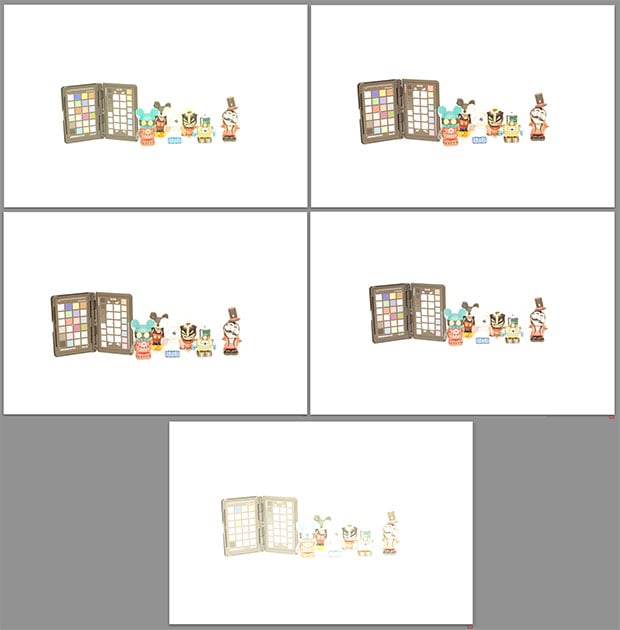 Mamdani is planning to do further tests to determine whether the Nikon D600 has an overexposure issue. You can follow along over in the blog post as he updates it with new findings.

If you have both the D600 and a different DSLR, try shooting the same scene with identical settings on both cameras, and let us know what you find!

Update: After further experiments, Mamdani has discovered that the faulty D600 wasn’t closing the aperture blades to the correct diameter. They’re continuing to investigate this issue.

The Last Meals Requested by Death Row Inmates Before Their Executions