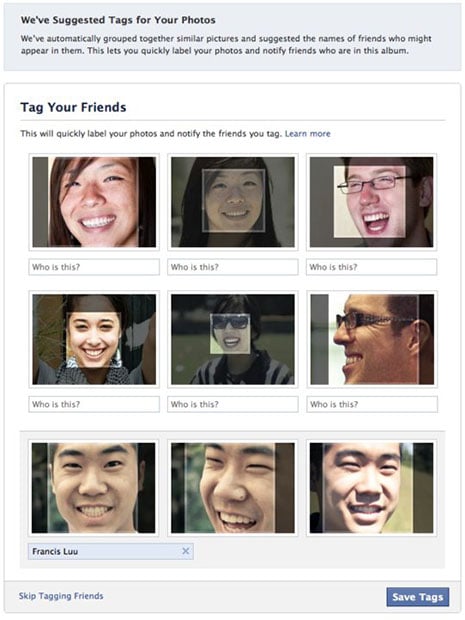 Tagging friends in massive group photographs is about to get a whole lot easier. Facebook has just announced “tag suggestions”, which uses facial recognition technology to automatically group together photographs that have the same face in them.

Because photos are such an important part of Facebook, we want to be sure you know exactly how tag suggestions work: When you or a friend upload new photos, we use face recognition software—similar to that found in many photo editing tools—to match your new photos to other photos you’re tagged in. We group similar photos together and, whenever possible, suggest the name of the friend in the photos. [#]

While many people will probably opt for the old fashioned tagging method to have more control over the process, this feature will undoubtedly save many users a good deal of time. The feature will begin rolling out to users in the US over the next few weeks.

Protect Your DSLR with Body Armor