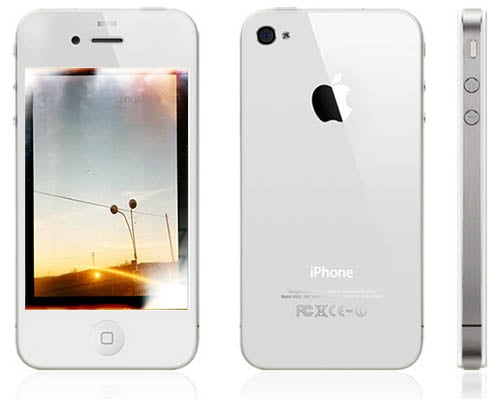 When Apple unveiled the iPhone 4, they also showed off a white version that would be available alongside the black one. Since then, however, the company repeatedly pushed back the launch date for the white version, claiming that the white one was, “more challenging to manufacture than we originally expected”. Now, Cult of Mac is reporting that the problem has to do with the camera design, with the white semi-translucent glass causing light leaks and washing out photographs taken with the phone.

“You don’t get accurate pictures on the white iPhone because of the color of the glass back. It washes out the pictures,” said a source with connections to Apple who asked to remain anonymous.

Too bad — they should have released the “broken” ones as a special edition for photo enthusiasts who like low-fi photography.

Thanks for the tip Udi!

Convert Your Pancakes to Colorful RYB