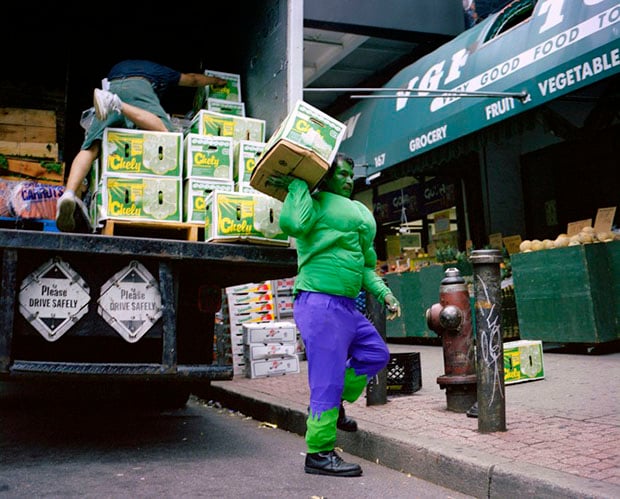 Superheroes is a project by photographer Dulce Pinzon in which she shoots Mexican migrant workers in New York City as well-known comic book characters while they’re on the job. In addition to creating the photographs, Pinzon documents the worker’s name, the hometown in Mexico, and the amount of money they send back to their families each week. 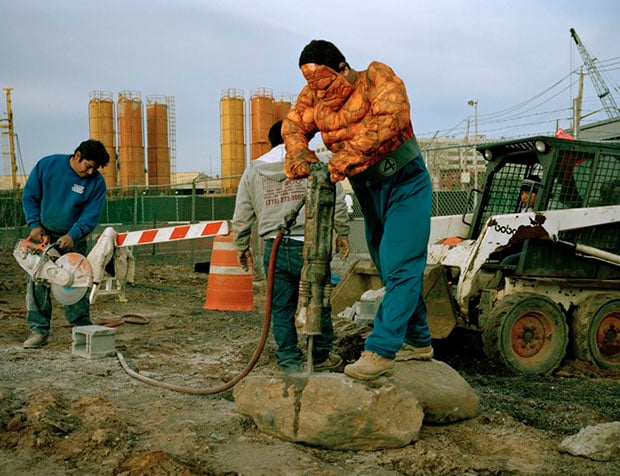 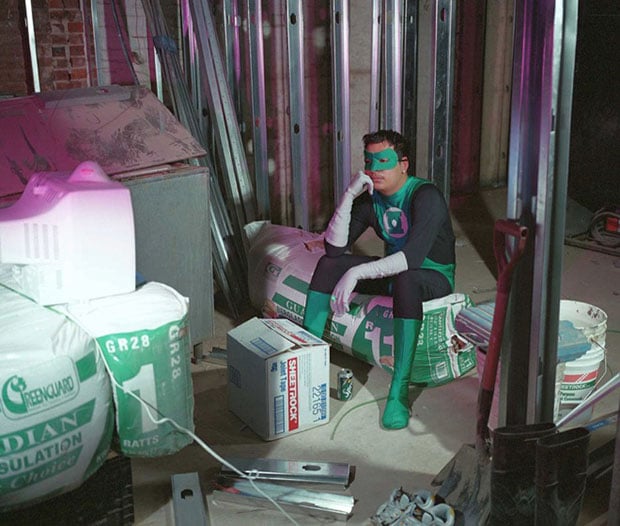 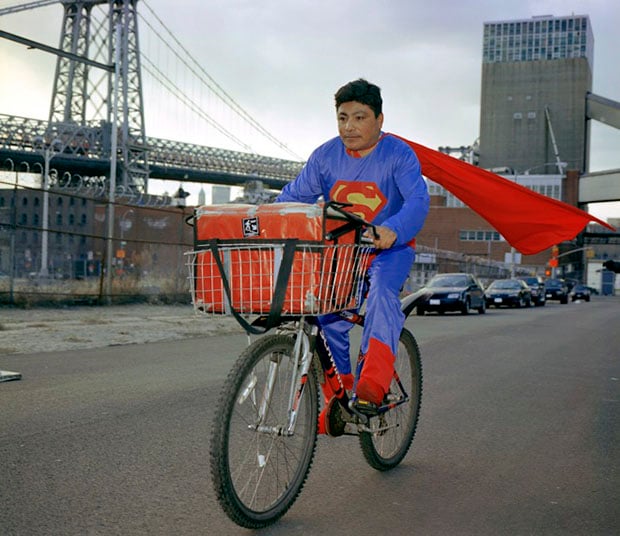 After September 11, the notion of the “hero” began to rear its head in the public consciousness more and more frequently. The notion served a necessity in a time of national and global crisis to acknowledge those who showed extraordinary courage or determination in the face of danger, sometimes even sacrificing their lives in an attempt to save others. However, in the whirlwind of journalism surrounding these deservedly front-page disasters and emergencies, it is easy to take for granted the heroes who sacrifice immeasurable life and labor in their day to day lives for the good of others, but do so in a somewhat less spectacular setting.

The Mexican immigrant worker in New York is a perfect example of the hero who has gone unnoticed. It is common for a Mexican worker in New York to work extraordinary hours in extreme conditions for very low wages which are saved at great cost and sacrifice and sent to families and communities in Mexico who rely on them to survive.

To see the other photographs in this series, head on over to Pinzon’s website.

Image credits: Photographs by Dulce Pinzon and used with permission

What 10 FPS Looks and Sounds Like on the Sony A55

Thousands of People in 21 Countries Walking in Stop-Motion