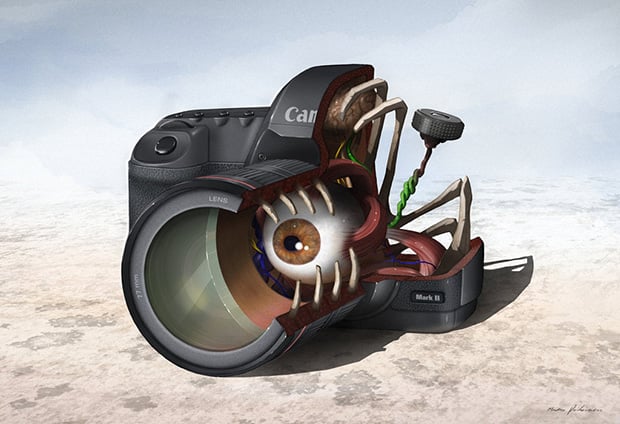 So this is what a Canon 5D Mark II looks like on the inside. This anatomy illustration was done by concept artist Mads Peitersen, who created similar illustrations for other popular devices as well. Peiterson tells us,

The idea was that these gadgets are becoming so advanced and cool today that we almost treat them as if they were alive. In a way users become attached to them. You kinda begin to see yourself as connected to these brands or gadgets. They almost become an extension of yourself or your hands.

The metaphor is that a really rather simple and very dead gadget gives people a feeling of being more present, more alive. And in this case, the camera even sees and captures life.

Image credit: Illustration by Mads Peitersen and used with permission