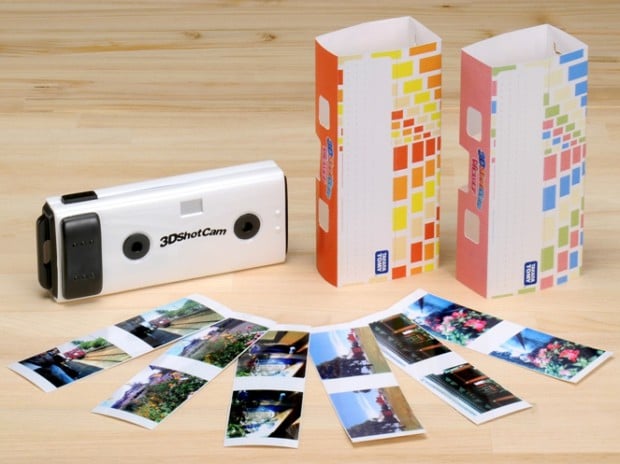 This morning Japanese toy maker Takara Tomy announced the 3d Shot Camera, a simple toy camera that lets kids shoot 3D stereoscopic photos, print them out, and view them using special fold-up viewer. All that is pretty cool and dandy, but now comes some of the downsides: the camera costs $70, and only weighs in at 0.3 megapixels. Shucks.