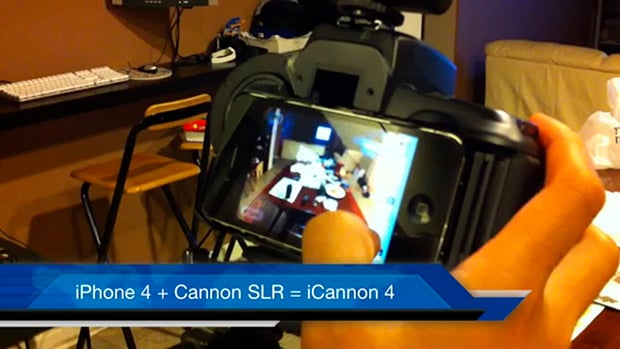 For whatever reason, Vimeo user Aniebres decided to combine the bulkiness of an SLR camera with the lowly sensor of a phone camera. Taking an old Canon film SLR, he gutted it and created a space for his iPhone to snap into place. What’s sad is that the SLR acts as a completely useless shell, and the lens has to be removed for photos to be taken. If only he took off the lame Apple sticker on the front, he might be able to pass off as a photographer… as long as he only snapped photos while changing lenses or something.

Here’s the video of the frankencam (which he calls the “iCannon 4”):

Please… If you’re going to put a lawnmower engine in the body of a race car, at least spell the car’s name correctly!

Less Than Ordinary by Zack Seckler