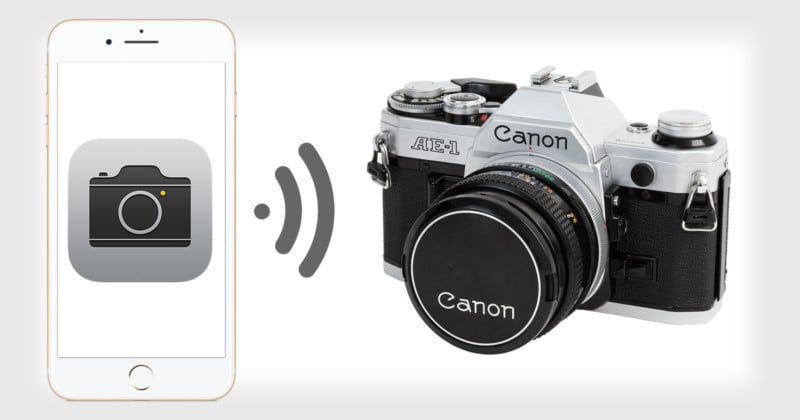 Here’s an interesting little factoid: did you know that the iPhone’s shutter sound was originally recorded from a Canon camera?

Whenever you snap an iPhone photo (with your volume on) or capture a screenshot on a Mac, that shutter sound you hear is actually a Canon AE-1 film SLR camera manufactured in the 1970s and 1980s.

It’s thanks to a man named Jim Reekes, who worked as a sound engineer at Apple in the late 1980s. Reekes is actually behind a number of Apple’s most iconic sounds, and he was recently featured in this short segment by CNBC:

In addition to “Sosumi” beep and the old iconic boot-up sound, Reekes recorded Apple’s now-ubiquitous shutter sound using an old 1970s Canon AE-1 that he originally bought back in high school. Reekes recorded his camera with a slow shutter speed to create the sound.

“Any time you take a photo with the iPhone it’s my camera, which kind of freaks me out because, even to this day when I hear people take photos with their iPhone I look to see who stole my camera,” Reekes tells CNBC.

Reekes doesn’t receive any royalties from his creations for Apple, and he left the company at a bad time in the late 1990s, walking away from tens of thousands of Apple options in the process. Had he stayed with Apple and kept the options, they’d be worth upwards of $8 million today.

(via CNBC via Fstoppers)