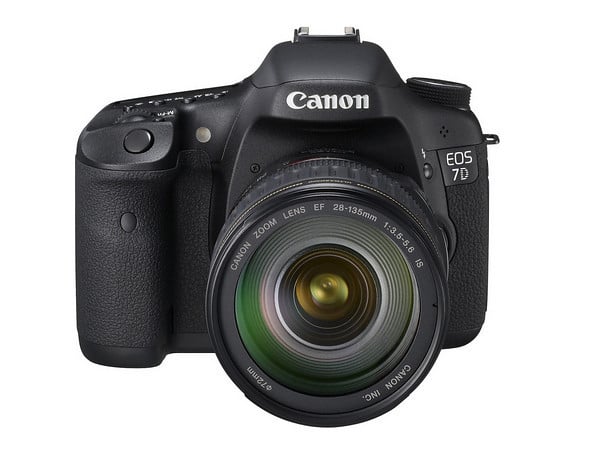 Yesterday, Canon announced a rather strange and unexciting Canon 7D “upgrade.” It’s not exactly an upgrade either — all of the camera specs for the new Canon 7D Studio Version are unchanged. For $1829 for the body only ($130 more than the current 7D), photographers can have several “locked levels” of the camera. Pay even more and you get a barcode scanning kit and a wireless transfer unit, the WFT-E5A.

So essentially, an extra $900 on top of the regular 7D price lets you have the camera equivalent of parental controls, plus barcode scanning that embeds information into the EXIF data in photos.

Sure, there’s a (somewhat niche) practical application for these features. The locked levels can allow for quick settings that can’t be changed without a password — perfect for head photographers to who send mindless drones out to shoot or have little faith in their assistants.

According to the Canon press release, the camera settings are designed with wedding and portrait photographers in mind, who have difficulty organizing and editing massive volumes of photos (that’s where the barcoding comes in).

In other words, it’s a really great camera for people who take tons of commercial photos, and not necessarily pro photographers (or photographers in general). More specifically, the Canon 7D SV is a workflow camera for people who take a lot of very formulaic photos — think of the typical class portrait or school yearbook photo, or those awful family portrait studios in the local Sears or Walmart.

These special features are particularly puzzling; with the exception of the WFT-E5A, the 7D SV’s unique features all seem to be related to the firmware. Yet instead of simply releasing a firmware update (or even a for-purchase firmware version), Canon has turned the 7D SV into an entirely (in name) different camera model. With a larger price tag. It’s not the first time such an underwhelming camera version has been released: Leica tried to push a limited edition X1 Le Mans camera which is essentially a regular Leica X1, but with a commemorative Le Mans classic sticker on it. Only 50 were released for $2035 — $35 on top of the regular list price.

Photos of the Upcoming Sony A33 and A55 DSLRs Leaked

How to Make the World Move in Slow Motion Around You