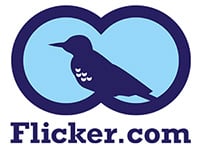 One of the common characteristics of Web 2.0 companies is the use of misspelled words in their name, since the correctly spelled words are typically too pricey for a bootstrapped web startup to purchase early on.

Flickr was one such company, settling for the now ubiquitous name after being unable to purchase Flicker.com.

As you might expect, the enormous popularity of Flickr has led to an absurd amount of traffic for Flicker.com, as people often type in the domain name either as a typo or being ignorant of the “correct” spelling”. Just how much traffic, you might ask? Check out the screenshot to the right, showing the traffic detail box shown on the landing page.

The website receives nearly 4 million visits per year from people looking to visit Flickr, and claims to have about $1.2 million in advertising potential per year based on that traffic alone. While the claims do seem a bit iffy, the domain name is clearly valuable despite having no content.

Yahoo then filed a lawsuit against Ashanti for cybersquatting, trademark infringement, false designation of origin, dilution, and unfair competition. The case was dismissed last week by Yahoo after the parties came to some sort of agreement.

How much do you think Yahoo paid for the domain name in the end?