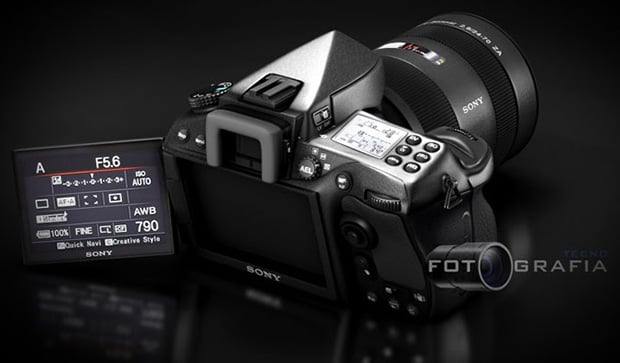 Here’s a new Sony Alpha concept DSLR camera that features a slanted LCD to keep your face away from the screen, similar to the Sony a352 concept camera that we featured last month. Unlike that one, which had a solar and rounded design, this one has a lot of edges and sharp angles, like what you might see in futuristic concept cars.

There’s also a concept flash unit that uses metal arms to make the flash extendable, allowing you to not only adjust direction but height as well. 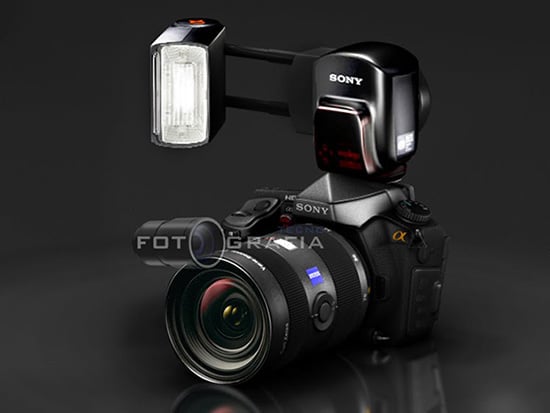 What do you think of this design? Should camera makers design cameras to keep it away from the face, or do eyecup extenders suffice?