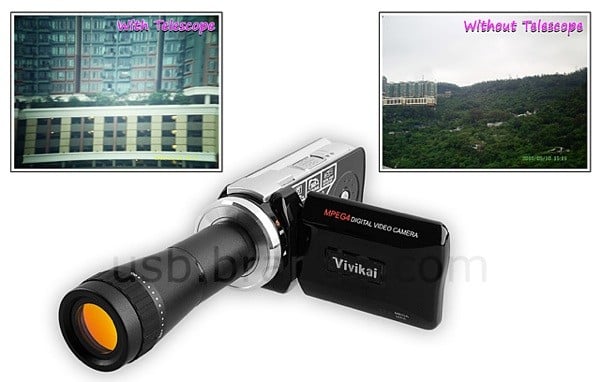 Sony recently announced an interchangeable lens camcorder, but if you can’t stand the wait until it’s released, cheap gadget dealer Brando has these Vivikai camcorders that come equipped with an 8x telescope. The Chinese company, Vivikai (no relation to Vivitar) has more photos of this Frankenstein camcorder mod on their site.

In spite of decent specs, including 12 megapixel image resolution and ISO 100, the standard definition telescoped image looks like it was taken with a toy camera. But for $100, that sounds about right.