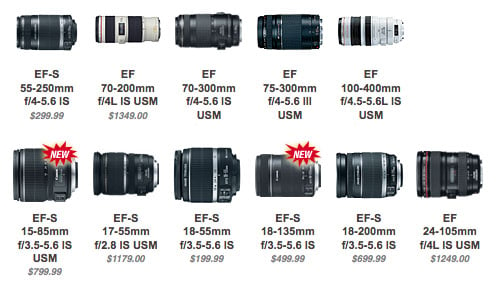 As Canon Rumors reported two days ago, a large number of lenses have completely disappeared from the Canon USA website. What made the story even more interesting was the fact that many of the missing lenses were among Canon’s most popular and highly acclaimed, and lenses about which upgrade rumors have been circulating for a long time.

These include the 24-70mm f2.8L, a lens that might soon be upgraded to a Image Stabilized (IS) Mark II version in the very near future.

However, The-Digital-Picture just reported today that,

Canon USA has “… identified the issue and will have it fixed as soon as possible”.

What do you think? Was this simply a technical glitch, or is Canon getting ready for a major announcement?

Keep in mind that numerous sites have reported that Canon has two announcements planned for January 5th (tomorrow) and January 9th (Saturday), in line with consumer technology tradeshow CES.

Update: B&H has an event on the 5th called “Discover Canon’s High-end Pro Lenses Presented by Canon“. Wonder if this is related… (thx @Krypty)

Get Ready for 14-Megapixel Camera Phones