One of the biggest photo stories at the moment is the fact that Sony is planning to stuff a full frame sensor inside an upcoming compact camera called the RX1. While the $2799 price tag likely puts it out of the reach of many photo enthusiasts, the fact that full frame sensors are starting to appear in fixed-lens compact cameras by a company other than Leica is pretty exciting.

What’s amazing about the RX1 is how small it is. Sony somehow managed to stuff a huge full frame sensor inside a camera body that’s roughly the size of the Panasonic GX1, which packs a much smaller Micro Four Thirds sensor.

Here’s an image by Mirrorless Rumors showing the two cameras overlaid on one another: How about a comparison of the camera next to the Fujifilm X100, the Leica M9, and the Canon 5D? The M9 and 5D are both full frame cameras: 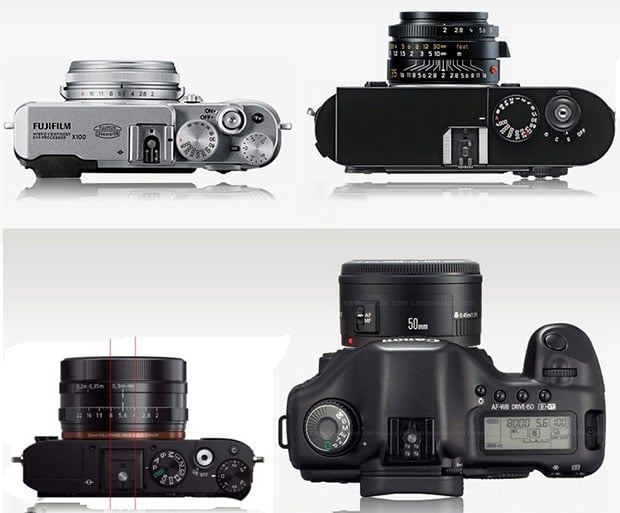 It’s crazy that the 35mm f/2 lens is what gives this camera most of its bulk rather than a beefy body.

Photos of Flowers That Were Frozen and Then Shattered to Pieces