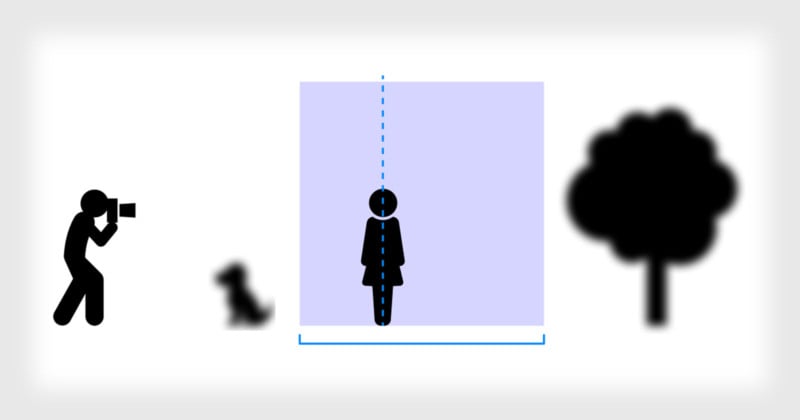 We all know that reducing aperture increases depth of field, but how much does that help? Here are some facts about depth of field.


To double the depth of field you can do any of the following:

3. Increase the distance to the subject by 1.4x.

Of course, combining changes also works. For example, you can double the depth of field by increasing the f-number one stop combined with increasing the distance to the subject by 1.2x.

Increasing the distance to the subject is powerful in macro photography where we often struggle for greater depth. If your aperture is already very small and you still need more depth, doubling the distance to the subject will quadruple the depth of field. That will require cropping, but even after cropping your image will probably have sufficient pixel size. 1,000 pixels, which is a sixth of the width of a 24mp frame is wide enough for most applications. Of course, focus stacking is an option, but after you’ve tried simply increasing the distance, you’ll resort to focus stacking less often, perhaps never.

Recently I demonstrated on a forum that a single shot of a wristwatch matched the depth of field of an image stacked from 20 exposures, simply by backing away from the subject and reducing the aperture. Some people are afraid to reduce the aperture because they’ve been warned about softening due to diffraction. But if you take some test shots, you’ll see that f16 is still quite sharp and although f22 is slightly softer, you can easily recover sharpness with a bit of sharpening in editing.

This ruling is angled so its right side is closer. All of these photos were taken at f11. The entire camera is farther away for the right photo. Note the improved depth of field. Moving the camera farther away also reduces perspective distortion.

Above, the second shot was made from double the distance. You can read the depth of field on the ruler.

To halve the depth of field you can do any of the following.

Shallow depth of focus is often wanted for portraits. But the exact choice is arbitrary. Some great portraits show the subject in his or her in-focus surroundings.

The Depth of Field Myth

You’ve probably read a zillion times that full frame cameras are essential to achieve shallow depth of field. It is not true. You can achieve the same depth of field with smaller formats by selecting the proper f-number.

Just use one stop larger aperture for APS-C or two stops larger for Micro Four Thirds.

Here is are examples for portrait photography — all have the same angle of view and approximately the same 65mm depth of field:

The appropriate lenses for the smaller formats are cheaper than full-frame lenses.

If you must blur the background, the easiest way is to pose your subject in front of a distant background. You’ll be amazed at how well this works.

I like to shoot portraits at smaller apertures like f/8 or f/11 (which is “unheard of” for isolating the subject) to ensure that the DOF is adequate to sharply capture the entire subject. I achieve blurry background by posing the subject in front of a distant background.

This portrait was shot at f/11 — if I had used the examples above, either the nose or the ears would be out of focus: Knowledge of this can save you dollars and weight. You needn’t break the bank for that heavy f/1.4 lens in order to isolate your subject. Any lens will isolate the subject if the background is distant.