An underwater photographer documented a speakeasy boat that was supplied with booze by notorious gangster Al Capone until it sank in 1932.

The Keuka was ostensibly an entertainment vessel with a rollerskating rink but that was a cover during the Prohibition era when alcohol was banned in the U.S. Really it was a floating casino and illicit drinking venue.

Roxburgh dived beneath the surface of Lake Charlevoix in Michigan with partner Lee Rosenberg and captured fascinating pictures of the shipwreck at the beginning of January this year. 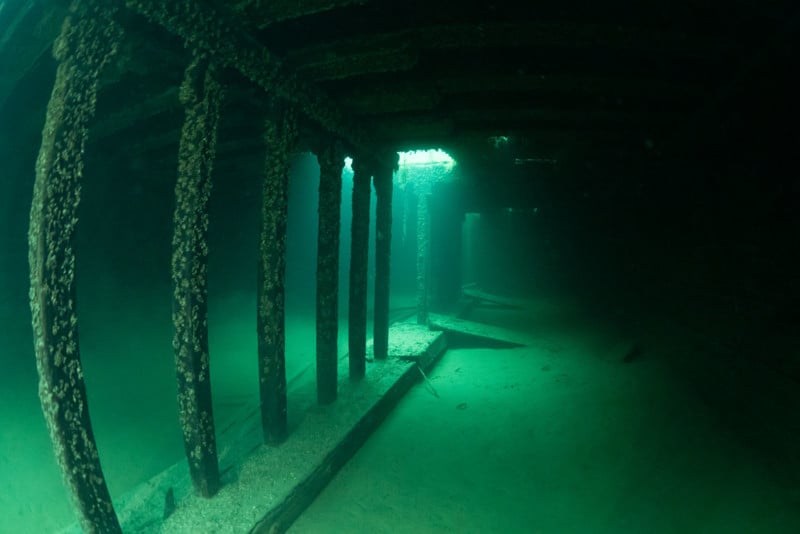 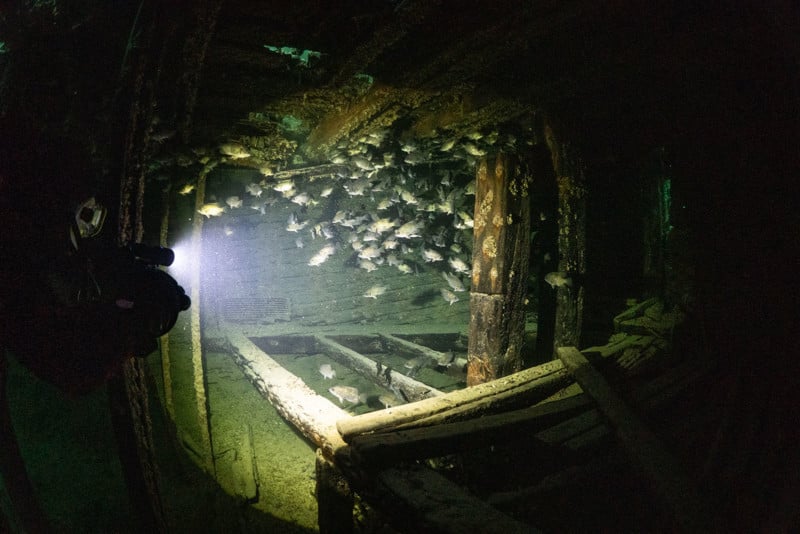 “My belief and local lore is that Capone and his men supplied this casino ship during its time of operation in the prohibition era, from 1929 to 1932.” Roxburgh tells Pen News.

“Capone had a house near Charlevoix and people claim to have seen him back in those years. He had several ‘hide out houses in northern Michigan’ — an easy drive up from Chicago.”

How the ship sank on the morning of August 14, 1932 remains something of a mystery, with some believing Al Capone and his organized crime syndicate did it. But Roxburgh thinks it was to do with the local temperance movement that had a strong presence in the area

“The rumor is that after the manager of the ship was shot on board, it was scuttled by a local church group that was tired of the devil’s parties, booze, music, drinks, and women,” Roxburgh says. Roxburgh says that a mild winter made the dive a lot easier and that the wreck has good lighting with clear water.

“Usually you have to worry in winter dives about big floating ice,” Roxburgh tells Smithsonian.

More typical winter conditions would have required the divers to cut a hole through 16 inches of ice to reach the Keuka.

“When I dive this wreck, I imagine that it was like back in 1929 when the parties and gambling were going strong, and the booze was flowing like a river,” Roxburgh says.

“Down inside, the ship has long open areas, as the ship is 200 feet long and over two stories tall.” 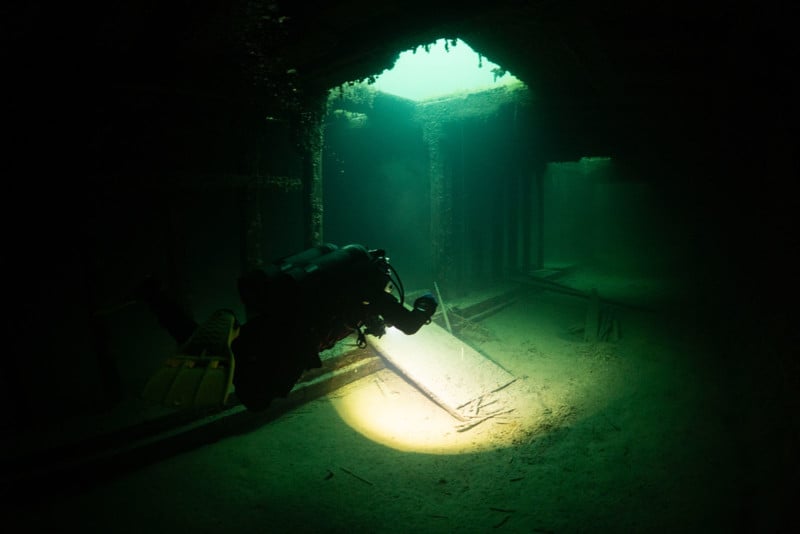 The Keuka was known as a “blind pig,” meaning it was a low-brow establishment with the name coming from a tradition where customers paid to see a curiosity, such as a striped or blind pig.

The unlawful ship gained notoriety during its heyday and local officials soon cracked down on the enterprise.

On June 24, 1930, the Petoskey Evening News reported that state troopers “visited the dance barge at the Bowers Harbor dock about 11 o’clock and went from table to table breaking bottles and glasses, empty or filled, while the patrons were dancing. The raid was made without a warrant but upon several complaints that there had been drinking on the barge.” 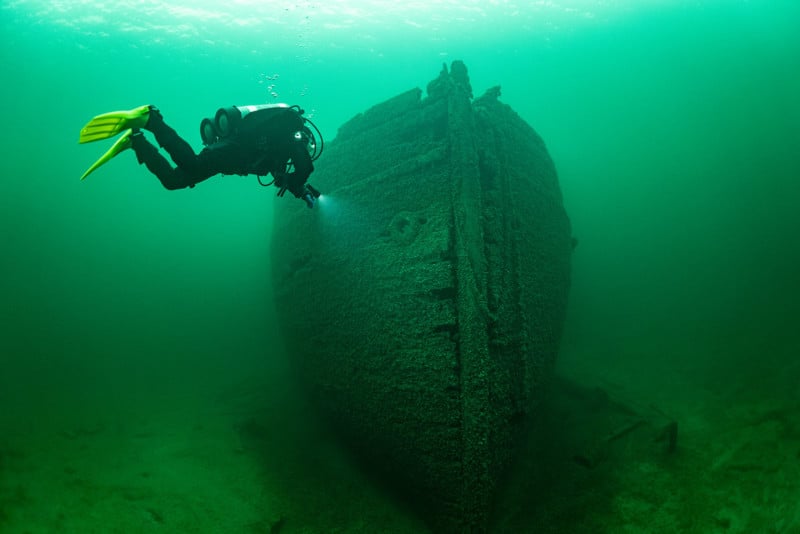 While no written documents have ever tied Al Capone and his gang to the Keuka. Bartenders in the area attest to having served Capone. Prohibition was lifted in 1933, just one year after the Keuka sunk.