Sunglasses on and looking up toward the disco light, a young Ukrainian woman is captured lost in a moment enjoying New Year’s Eve near Kyiv.

That same day, the photographer who captured the party image, Miguel Manso, had also documented the aftermath of a missile strike.

“December 31 started with a missile attack that hit a hotel in the center of Kyiv,” Manso tells PetaPixel. “Then I went to the party.” 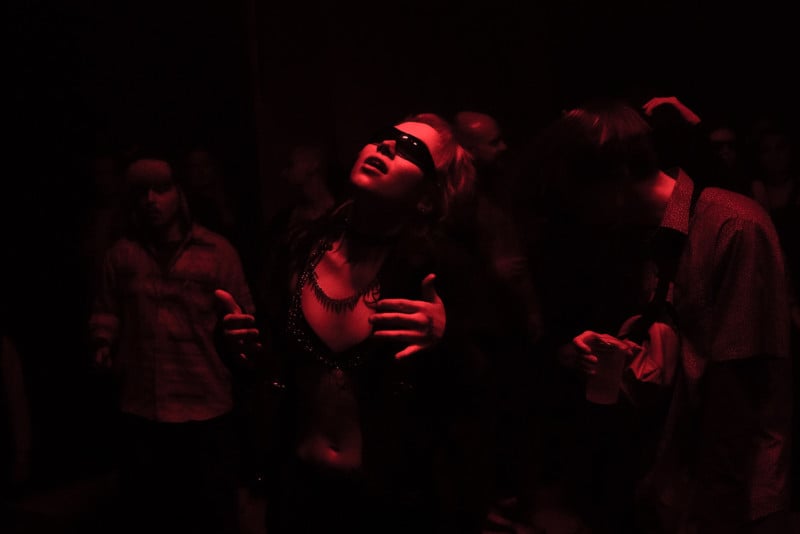 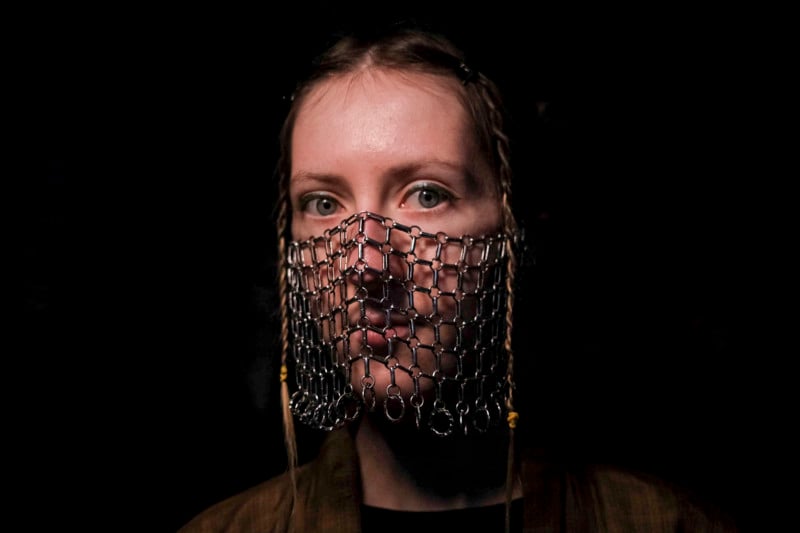 Manso had visited Kyiv at the beginning of the Russian invasion, on his return visit he was surprised to find how much the city was buzzing compared with back in April when everything was closed.

“I started to look for an event for New Year’s Eve, almost everything was on the morning of January 1 because they have a curfew from 23:00 until 05:00,” the Portuguese photojournalist explains.

“Then I saw that a Ukrainian DJ Human Margareeta would be playing in two different venues and I started to talk with her on Instagram.” 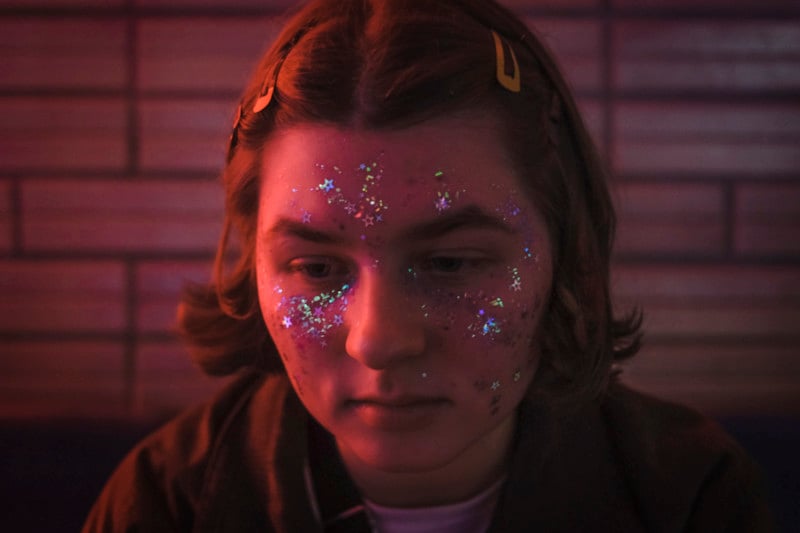 Manso, who works for Publico, was invited by the DJ but insisted on purchasing a ticket since the money went toward a Ukrainian association.

“The party was organized by a local collective of artists and musicians and was a duration of two days so they could avoid the curfew hours,” Manso says.

“It was in an old sanatorium for children in the middle of the wood about 20 kilometers from Kyiv.”

Before setting off, Manso had witnessed a barrage of Russian missiles, one had struck the Alfavit hotel killing at least one person and injuring dozens more. Manso took a picture of the aftermath.

‘Everyone was Super Friendly’

After witnessing the carnage, Manso made the 20-kilometer journey on small roads to arrive at a “completely different reality.”

He says: “Everybody was already dancing, the party had started hours before. Everyone was super friendly and welcoming. Most people were in their 20s or 30s and they were there to have fun and forgot about the war, at least for that time.” 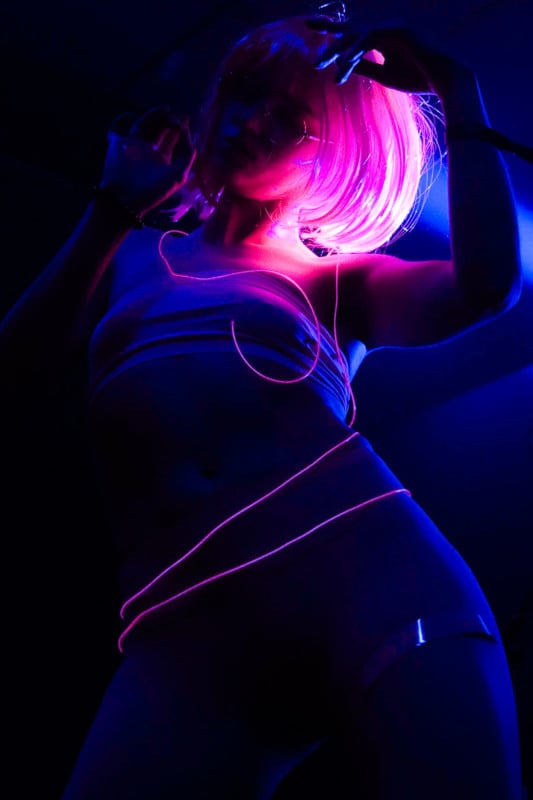 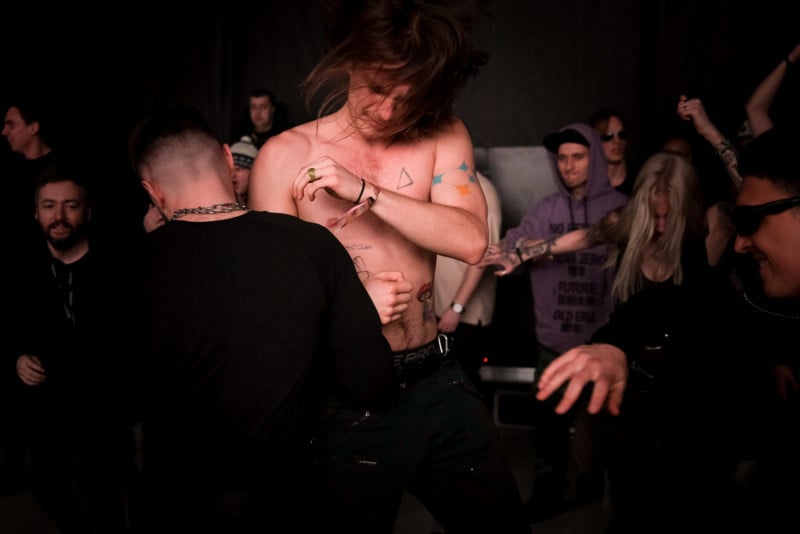 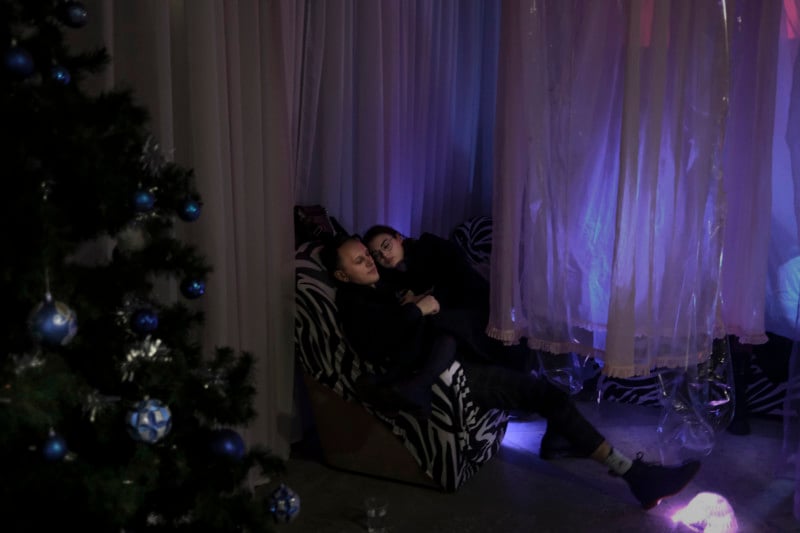 Manso’s pictures show shapes being thrown on a red-lit dance floor with eccentric ravers doused in glitter and body art expressing themselves to music.

“They were saying f*** bombs,” Manso says. “It was great to see all these young people partying and living a ‘normal life’ beside the war.”

More of Manso’s work can be found on his Instagram.