A Ukrainian photographer documents his family’s life on large format cameras as they live through the Russian invasion. He then prints the photos on the soil of his country.

Among the daily sounds of air raid sirens and sights of tanks on the streets, photographer Valerii Veduta, 39, has documented his experience of the war by capturing family portraits and the devastating aftermath of missile attacks in Kyiv. 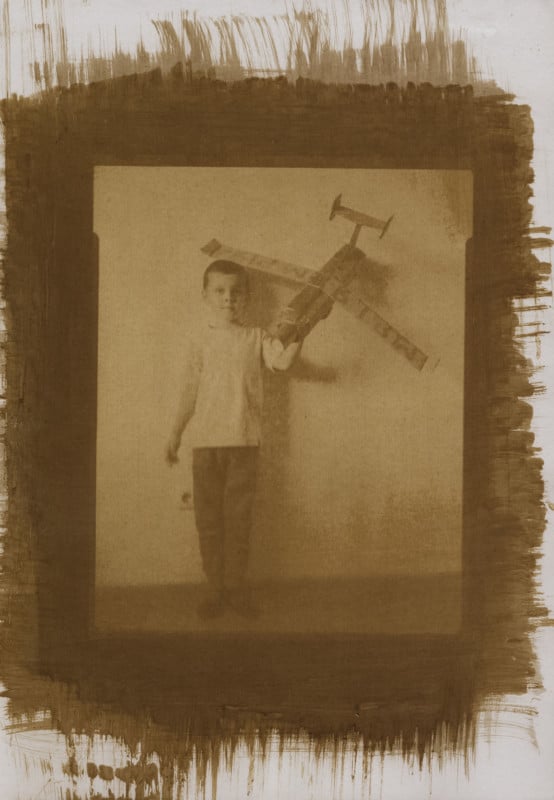 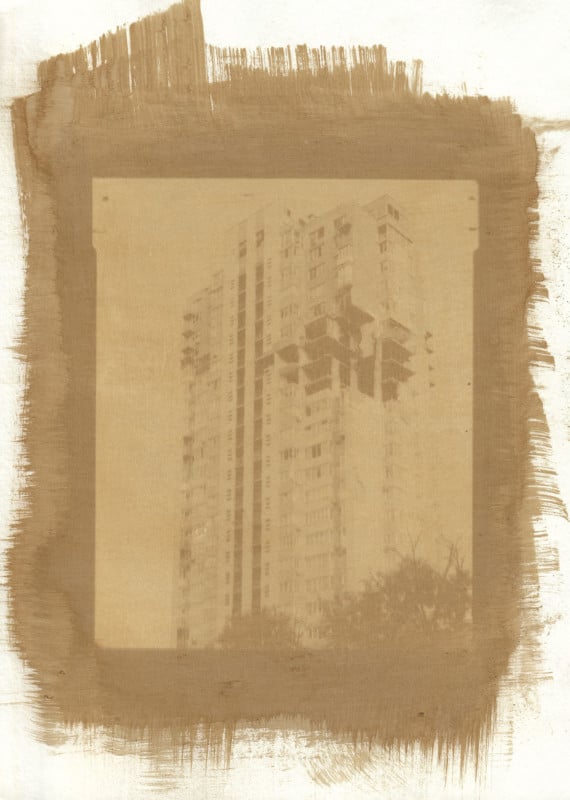 “Since May, I started to document my experience of the war and document aspects of it which affected me directly,” Veduta tells PetaPixel.

“I choose to do it in a form of a family album. I had the idea of a diptych first, like my son playing Jenga and a building hit by a Russian missile.”

Veduta’s powerful, and terrifying choice of subject matter is given yet more potency by his decision to print his photos on Ukrainian soil. 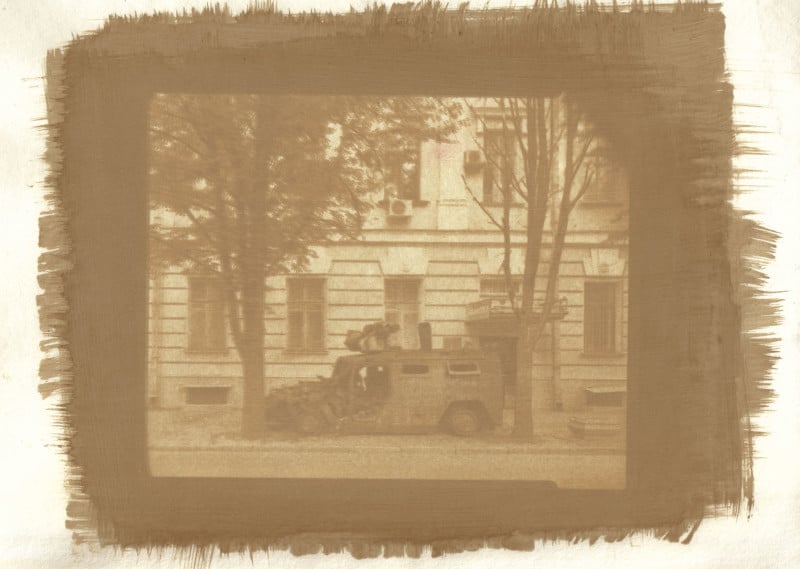 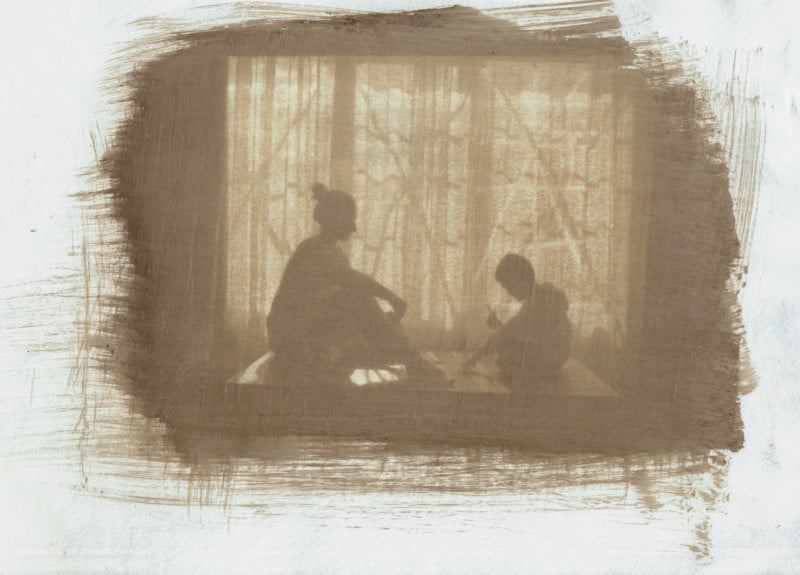 Veduta shoots his photos on a Wista 45 camera and he has experimented with different types of alternative printing to avoid making a digital scan to “keep my photography process analog as much as possible.”

The gum bichromate printing process involves coating paper with an emulsion made from powdered chemicals, a dry gummy substance called gum Arabic, and a water-soluble pigment. 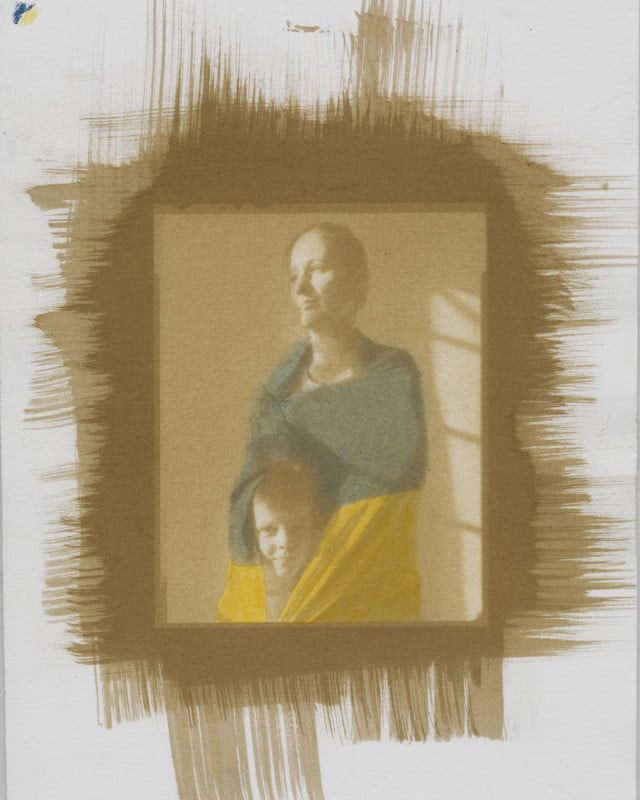 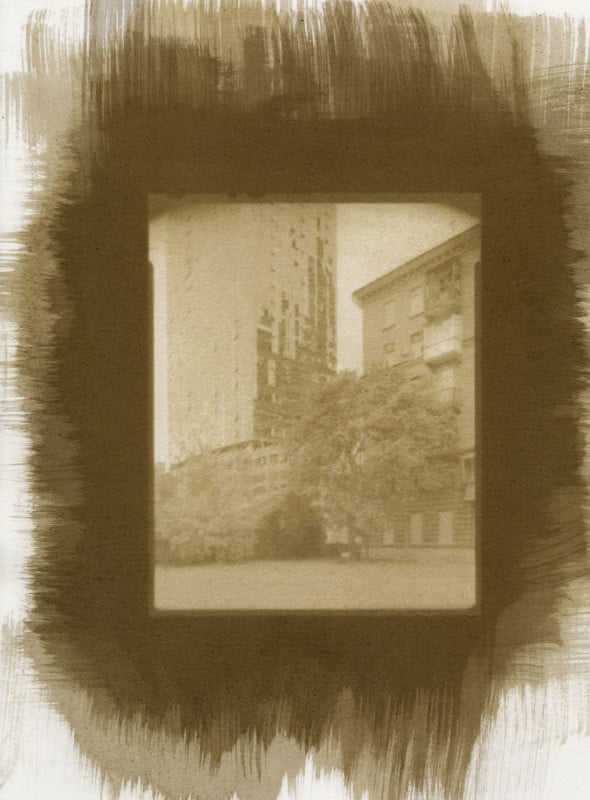 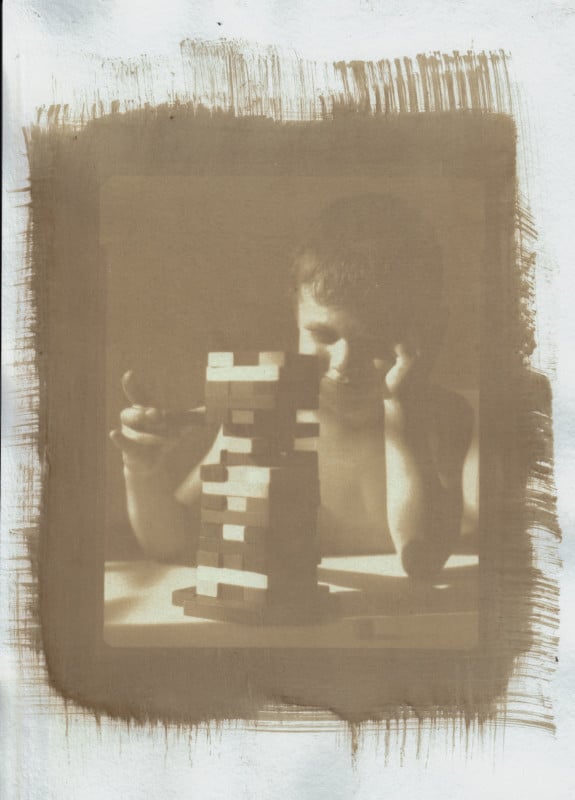 After experimenting frequently with the gum bichromate printing process and enjoying the flexibility of using almost anything as a pigment he hit on the idea of using the soil of his country as a pigment.

“I saw the work of a Ukrainian artist on Instagram and she used soil as paint for her self-portrait. The next minute I was mixing gum Arabic ammonium dichromate and soil craked onto a fine powder,” he says.

“It worked, so I reprinted all my images and now use only soil for my work. In some images, I used black soil because my wife was born in a region famous for its black soil.” 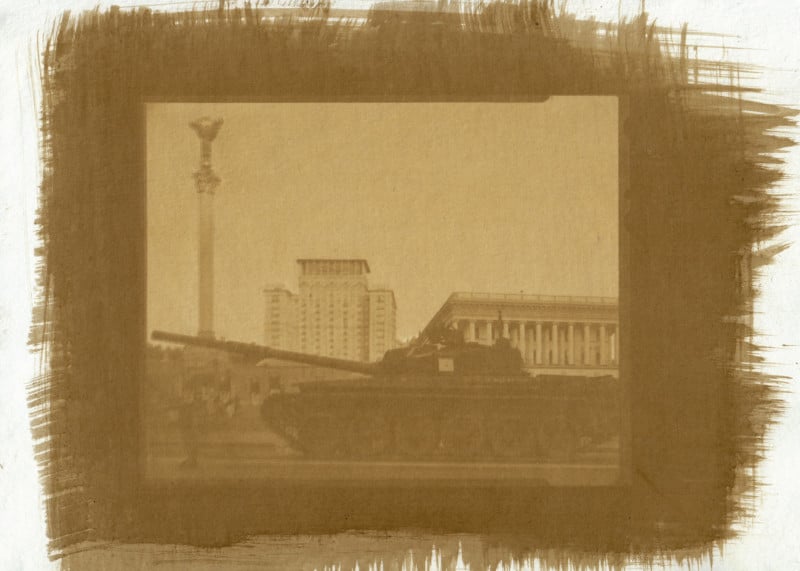 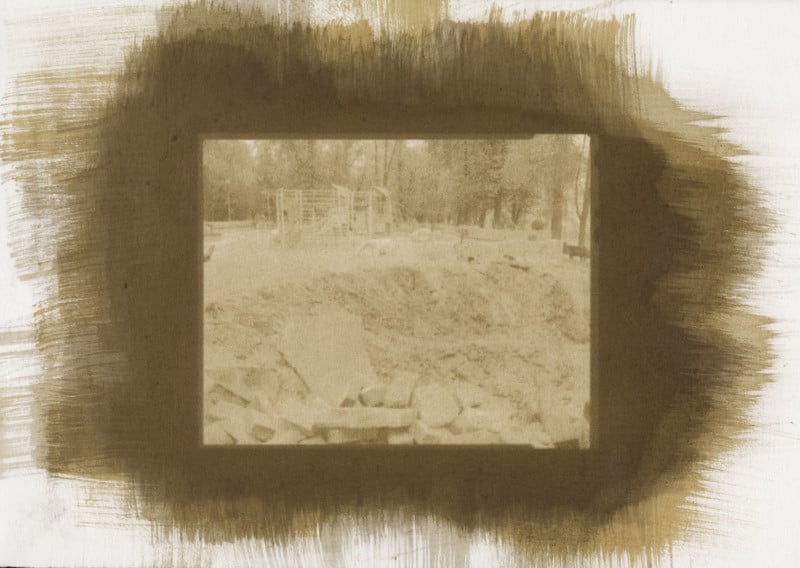 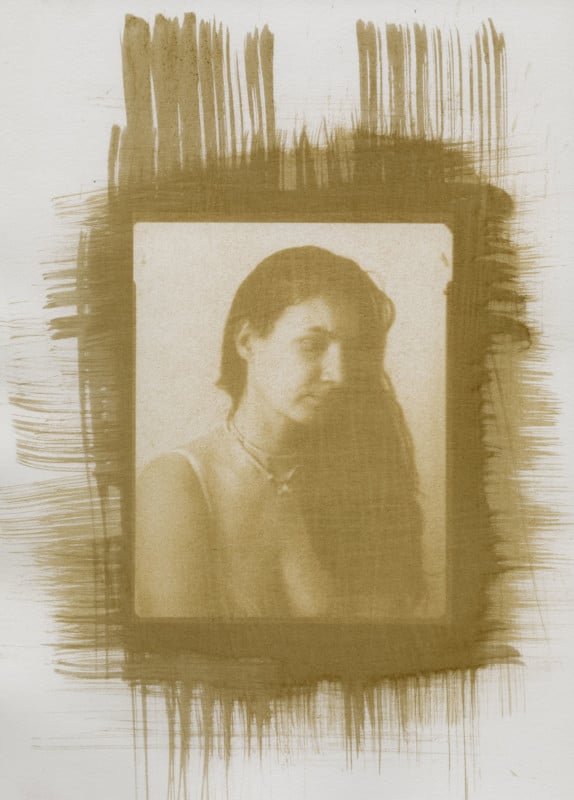 “The village I was born and raised in is occupied by Russia, so in a way, I lost ‘my soil’ for an unknown period of time,” he tells PetaPixel.

Veduta is selling his images as NFTs on Voice where he was given a one-month virtual NFT residency.

Due to the war, he had to postpone buying his dream camera (a Gibellini 8×10) and hopes to purchase the larger camera sometime in the future.