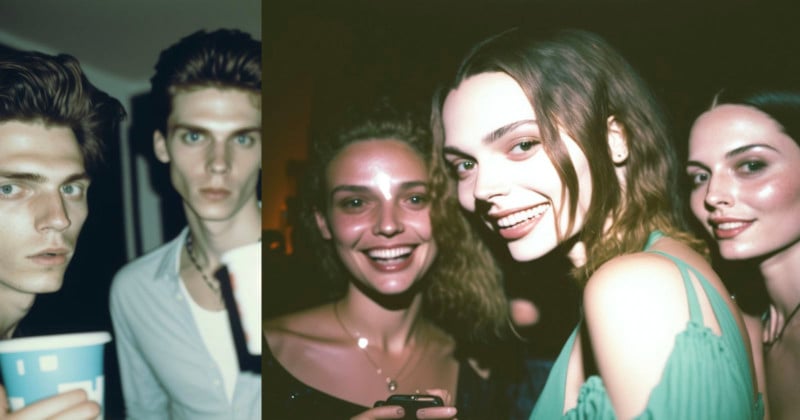 These artificial intelligence (AI) generated photos of “people” at a party look eerily realistic — until viewers look a bit closer.

Developer Miles Zimmerman went viral this weekend after he posted AI-generated images that appeared to be candid photographs of various individuals at a house party.

Midjourney is getting crazy powerful—none of these are real photos, and none of the people in them exist. pic.twitter.com/XXV6RUrrAv

The lifelike images, that were created using Midjourney, amassed over 29.3 million views on Twitter.

“Midjourney is getting crazy powerful — none of these are real photos, and none of the people in them exist,” Zimmerman writes.

The developer shared a thread of images that show women smiling and holding a camera as well as a group of men raising their cups for a toast.

However, while the images look extremely lifelike at a glance, social media users were able to spot some telltale signs that the “photos” were AI-generated.

The giveaway signs that AI created the photos include an excessive amount of fingers on a person’s hand, mouths full of teeth, moldy-looking tattoos, and hands growing out of an individual’s hips. 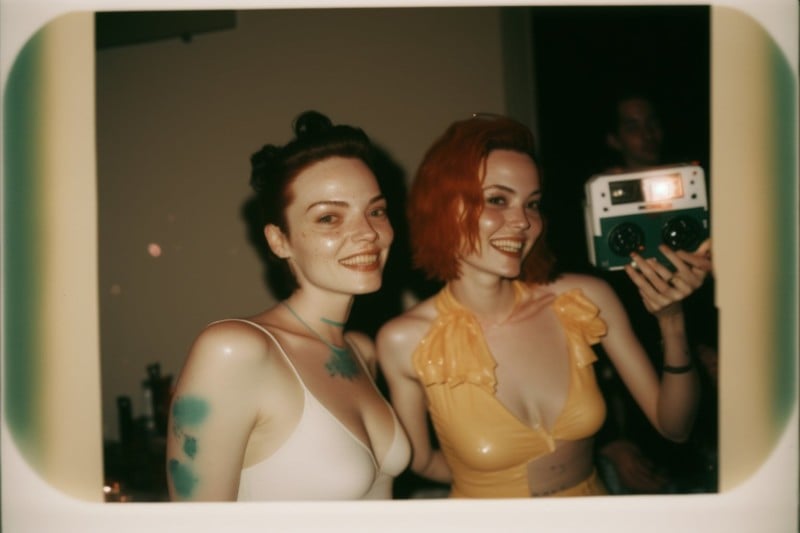 In the image above, which shows two women holding what appears to be a Polaroid camera, the woman taking the photo has far more than the standard five fingers on her hand as well as an extra collarbone.

“Pretty soon, the only way to tell will be to count the fingers,” one user comments in response to Zimmerman’s post. “5 and it’s real, 6 it’s questionable, 7 and it’s definitely AI-generated.”

Meanwhile, her companion has a bizarrely faded tattoo that resembles a “petri dish mold colony” according to a Twitter user. 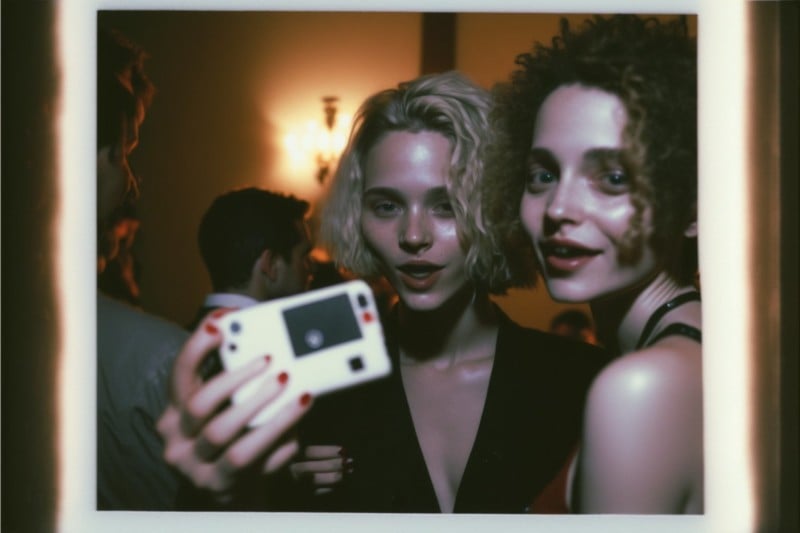 In another image that shows a pair of women posing for a photo with a white digital camera, the person holding the camera has a huge disfigured hand. 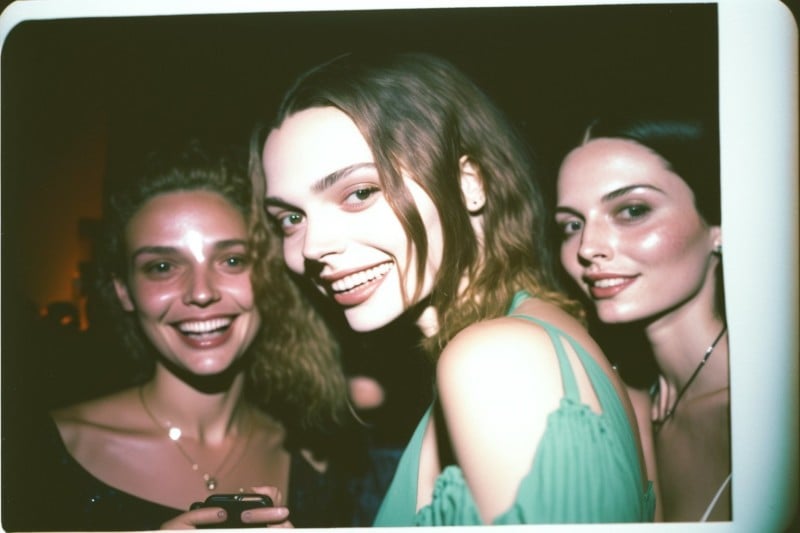 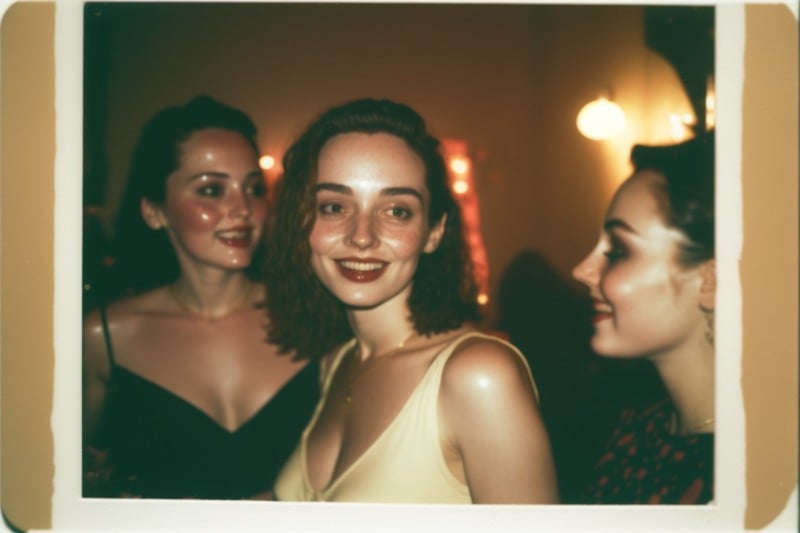 Many of the women in the AI-generated collection of photos also have far too many teeth in their mouths, and a woman holding a phone appears to have a missing fingertip on her thumb.

In the same Twitter thread, Zimmerman posted a second set of Midjourney-created images that depict a group of males at the house party.

Zimmerman says he found the AI generator to be biased: “I had to be specific in order to get male-looking AI people — and even then, variation is a challenge. It definitely defaults to white people when you ask for ‘people’.” 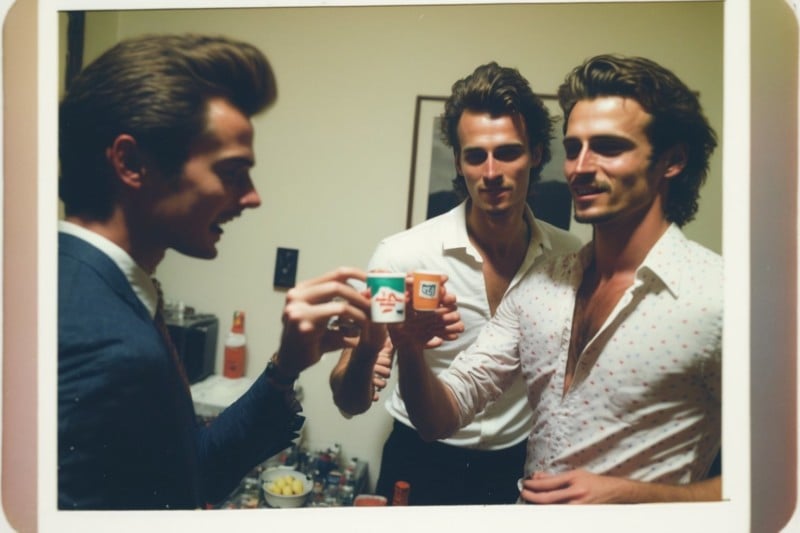 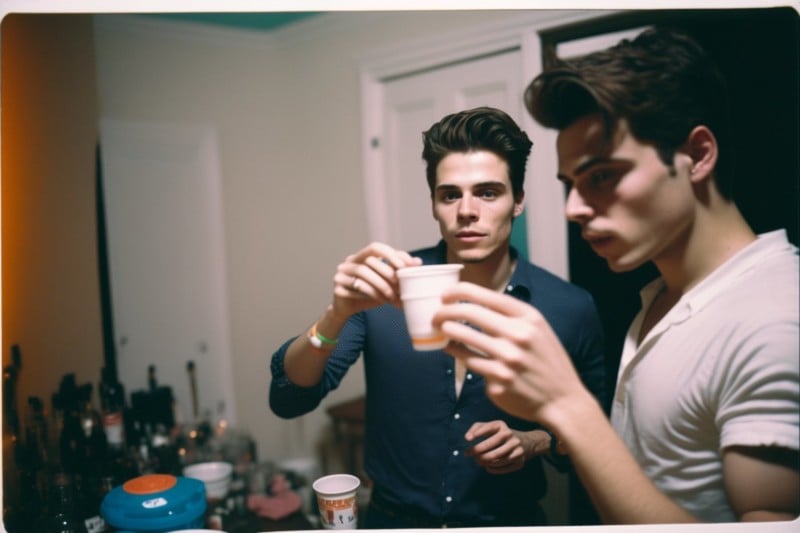 In the image above of a group of three men raising small plastic cups to cheers, the individuals also have too many fingers and one of the males has a hand growing out of his arm.

In a further photo, the man wearing the blue shirt similarly has an excessive amount of fingers. 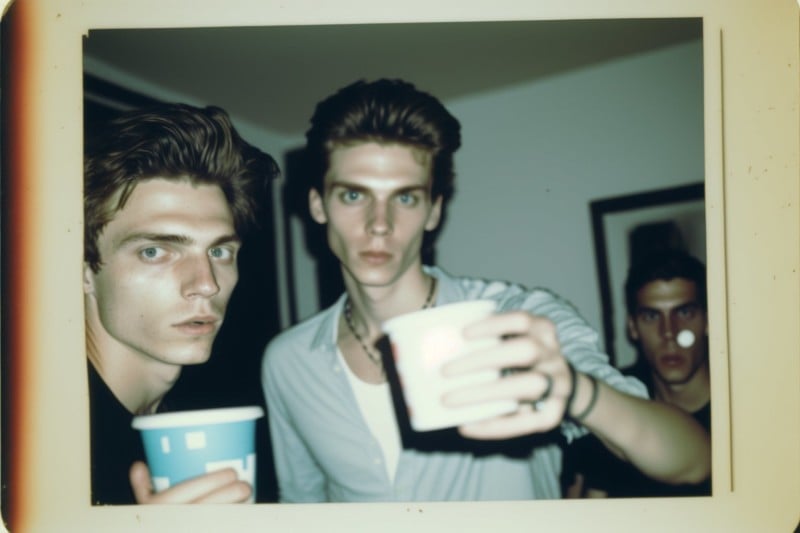 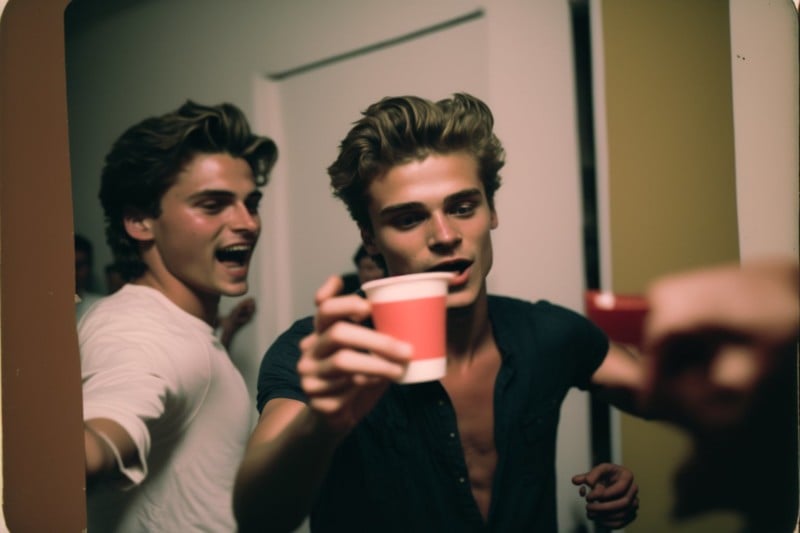 The image above shows a group of men at the house party, the male holding the red cup has a disproportionate number of fingers and there is a detached hand floating in the air.

Other Twitter users claim that another giveaway sign is the way AI presents unrealistic beauty standards in the images. All the women pictured had traditionally attractive features and “small bone structure.”