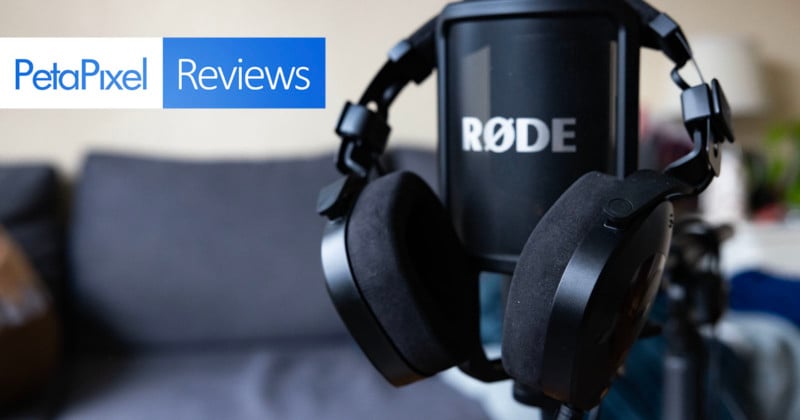 Rode has been making top-quality microphones that have been among my go-to picks for years, but last year ventured into something new: headphones.

I love headphones and have a really great collection in my office that I pull from for different listening use cases. For about a year, I almost exclusively reviewed headphones and speakers and therefore have pretty wide-ranging experience of what to expect from certain types of cans. For example, I have different expectations for a wireless set of travel headphones than I do for a wired set used to enjoy music at a desk. I have an even different set of expectations for what are called “studio monitors,” or headphones designed for broadcast, podcasters, editors, and sound mixers.

Rode rides an interesting line with its new NTH-100 headphones because while the company describes them for use in broadcast monitoring situations, they are not specifically called monitors — they are “professional over-ear headphones.” Going into this review, I was a bit torn on what to expect: should I want these for listening to music, or should I use them for more practical applications like editing a video or recording a podcast?

The answer is mixed: they work pretty well as both but don’t excel at either. That means that while there are better options for both types of users, the NTH-100 headphones are a pretty solid pick for someone who has varying needs but doesn’t want to own more than one set of cans.

Perhaps the best selling point of the NTH-100 headphones is the build quality: these are some of the nicest headphones I have ever used. They have a mixture of materials from the metal of the headband itself to the plastic of each can that overall feels very high quality. While Rode could have gone with metal all around, I actually like the mixture of materials used here because it keeps the weight down a bit.

Speaking of the weight, that’s one area that is worth pointing out: these are pretty heavy. They don’t have a weight that is going to make you tired, but after wearing them for a while you are very likely going to notice and experience some level of fatigue.

Rode alleviates this to some degree through the Alcantara earcup and headband cushions and a cooling gel (called CoolTech). The headphones are extremely comfortable when you put them on, that much I cannot deny, they just have a lot more weight to them than almost any other set of headphones in my collection. Still, these are very comfortable.

I also like how after adjustment, you can lock the headband in place and prevent it from changing. Many headphones have an adjustment system that can be easily moved every time you pick them up, which means you tend to fidget and adjust them before every listening session. With this locking system, Rode eliminates that.

Rode also uses a single cable to deliver stereo audio to the NTH-100s, but it can connect to either the left or right side of the headphones, which means you’re free to swap this around depending on your particular audio setup — while not unique, this is an uncommon feature. The cable also twist-locks into place, so you won’t accidentally yank it loose.

While these headphones have no active noise cancellation, the passive isolation is very good. The cups form a nice seal over your ears and while you can certainly hear what is going on around you when they’re on and nothing is playing, you will feel very much immersed in the sound once you turn the volume on.

Because of this, the soundstage of these headphones is tight, but not restraining.

While the earcups have some play, they can’t be turned fully sideways to rest against your collarbone. A majority of the headsets I have do this, which makes them much more comfortable to travel with, but having a more rigid frame like Rode used is more common in studio monitors than in other types of headphones, making it not particularly unusual to see here. Still, the act they are not comfortable to wear around your neck limits them to being used at a stationary location.

Describing audio to someone who can’t hear it is always an exercise in strange adjectives, but I’ll do my best. I would categorize the Rode NTH-100 as having a clear but warm sound profile with moderate bass and controlled highs. Far less clinical than something like the Audeze LCD-1 headphones, which I would say are colder but flatter, Rode went with a sound profile that is welcoming and easy to listen to.

While not as warm as, say, any Beats over-ear headphones, Rode’s choice here makes them really nice for everyday easy listening and curbs the sharpness that can come in high notes. I would add that while bass is present, it is not overly amped and is more akin to what you would expect from studio monitors which have a very flat profile designed not to put the lows, mids, or highs above one another but instead treats them equally.

That is not to say that the Rode NTH-100 headphones don’t have detail — they certainly do. They do a great job of presenting music and voices with exceptional clarity and detail, it’s just not done in such a way that I would describe as neutral. Neutrality is what those in the market for studio monitors are going for, which means there are better options on the market than Rode’s headphones for those who purely care about this.

The result is a set of cans that aren’t quite studio monitors, but are also not what I would go to first for listening to music. They kind of ride a line that makes them good at both, but not fantastic for either.

I think deciding if you should buy the Rode NTH-100 headphones comes down to what you expect to do with them. I think they look fantastic, which means they’ll be a nice addition to an on-camera personality such as a streamer or podcaster, and the quality of the audio they produce is very good for this usage (though as mentioned, not the absolute best). The mix of visual appeal and quality sound goes a long way.

At the same time, I don’t think these are a great choice for a videographer who needs to monitor sound in the field. Because they don’t fold down, they won’t fit into a camera bag very well and even though they’re made of metal, I can see them getting banged up pretty easily since they take up a lot of space.

Video editors will appreciate how comfortable they are and many won’t mind that they don’t travel well. That said, those that live on the road are going to come up against the same issues that make them less than idea for field work.

Jack of All Trades, Master of None

The Rode NTH-100 headphones walk a fine line, but they don’t fall to either side. They’re good studio monitors, but they’re not quite neutral enough that I would recommend them over options from Sony, Audeze, or Sennheiser. But at the same time, they are much more pleasant for enjoying a wide variety of music since they have a nice warmth to their sound, although they won’t bring enough bass to the party for some listeners.

They’re also kind of heavy and are not designed to be used for travel since they don’t fold, and that limits their use to a stationary location which makes them a poor choice for monitoring audio during video productions in the field. 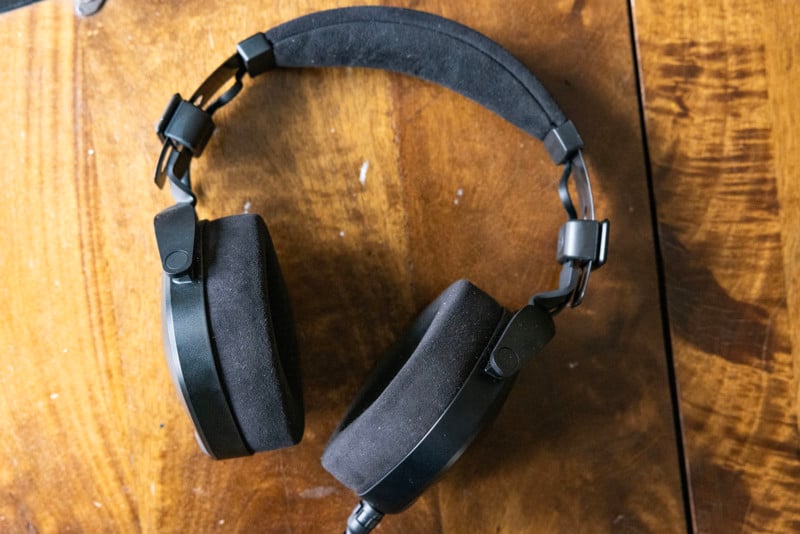 All that said, The Rode NTH-100 headphones are very competitively priced at $120. Considering the build quality and sound profile, that’s far cheaper than what most other manufacturers are bringing to market.

There are a lot of other options that will work depending on what is important to you. If you want an affordable pair of pure studio monitors, I suggest the Sony MDR-7506 headphones. You’ve probably seen these before if you have watched any video podcasts since these are one of the industry standards and are pretty cheap — I personally used these for about eight years both in studio and on set for monitoring audio during video productions. The aforementioned Audeze LCD-1 headphones are also excellent, but far pricier.

If you want to get even fancier, the Sennheiser HD 600 headphones are some of the best on the market, though you should probably leave them at your desk.

Yes, though it honestly depends on what you’re looking for. If you need headphones for recording a podcast, editing video, and listening to music and only want one set of headphones to do it all, Rode’s NTH-100 fit the bill.