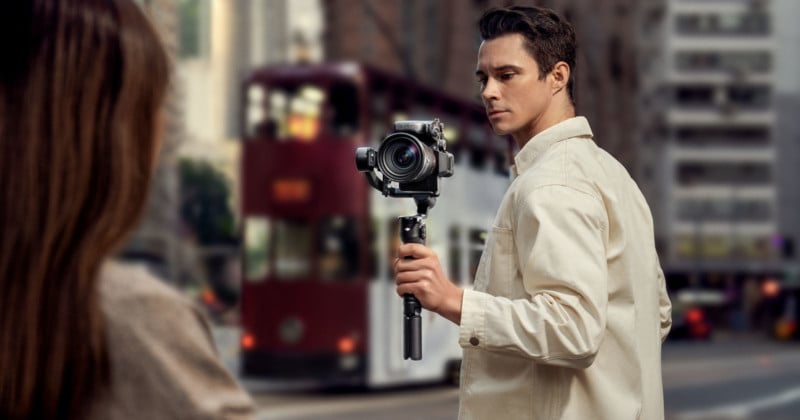 DJI has announced the RS 3 Mini, an expansion of the RS 3 series of stabilizers that weighs 1.7 pounds but can carry a camera and lens weight of up to 4.4 pounds. 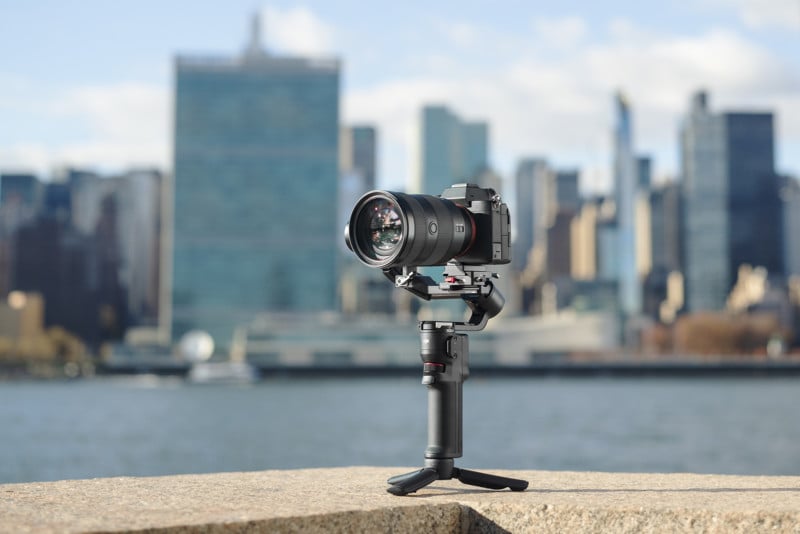 The ability to carry a weight of up to 4.4 pounds means it can operate several “mainstream” mirrorless lens and camera combinations including the Sony Alpha 7S III and a 24-70mm f/2.8 GM lens, the Canon EOS R5 and the RF24-70mm f/2.8 STM lens, or the Fujifilm X-H2S and the XF 18-55mm f/2.8-4 lens. DJI has put together a full compatibility list for the RS 3 Mini on its website.

The compact gimbal uses DJI’s third-generation stabilization technology — the same one found in the RS 3 Pro — to provide “outstanding performance” in a variety of movement situations including when the operator is running or when it is held at a low angle. 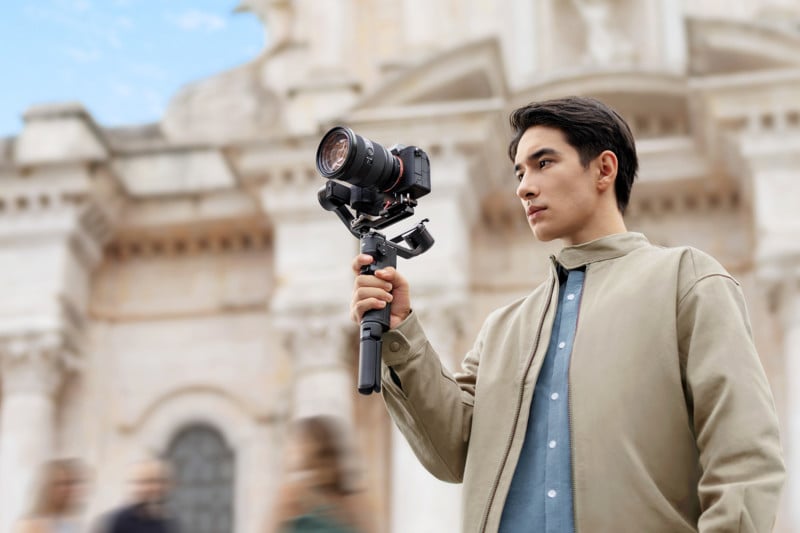 “When users are shooting around human subjects, the RS 3 Mini achieves smooth camera movements effortlessly. Users don’t need to pay too much attention to footwork and pace, as the RS 3 Mini can follow people steadily and switch between high and low angles for a more diverse range of shots,” the company claims. “Dynamic 360-degree-rotation imaging delivers a strong visual impact and eye-catching shots.” 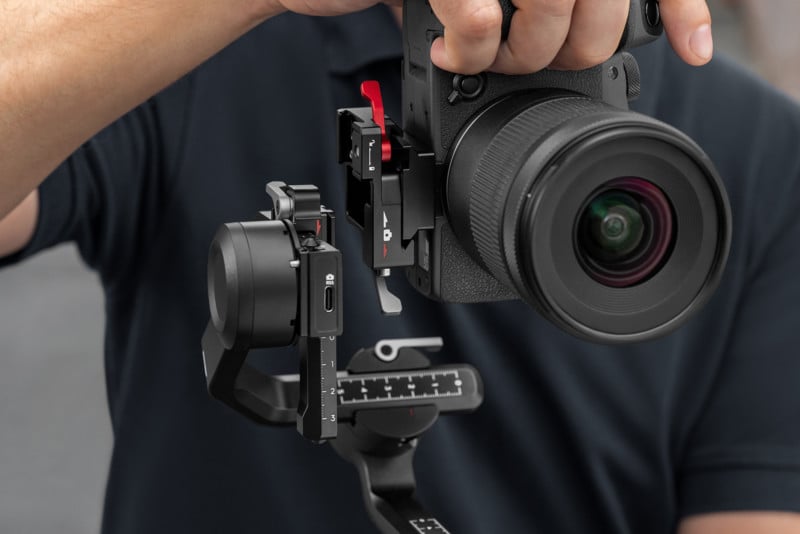 The RS 3 Mini features a new dual-layered quick-release plate and by attaching it to the vertical arm, photographers can shoot vertical video without needing additional accessories. Additionally, this format doesn’t limit the gimbal rotation angle compared to traditional vertical shooting modes. The RS 3 Mini also features an upper plate with a new curved placement guide, which prevents the camera from rotating and loosening.

The gimbal has DJI’s Wireless Bluetooth Shutter function which supports a majority of mainstream mirrorless cameras. After the RS 3 Mini and a camera are linked, it will be ready to use as soon as it is turned on and users can directly control the video recording and photo capture functions from the record button on the gimbal. Additionally, when using a Sony camera with a supported digital lens, users can also directly control the lens’s optical or digital zoom via the front dial. 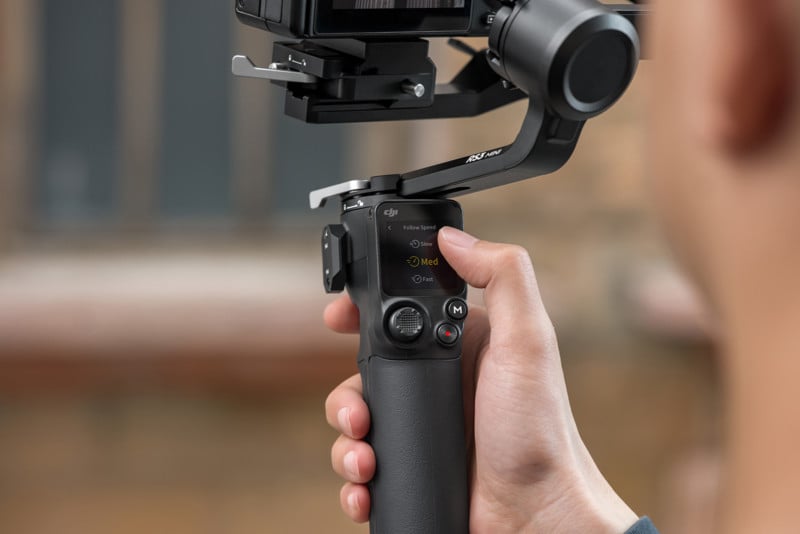 Controlling the gimbal is done via a 1.4-inch full-color touchscreen, and the M-mode button can be used to switch between the gimbal’s three custom modes while the front dial can be used for focusing.

The integrated battery handle of the RS 3 Mini provides up to 10 hours of use and can be fully charged in as little as 2.5 hours. As expected, the RS 3 Mini connects to the Ronin app to allow timelapse, track recording, and panorama modes. 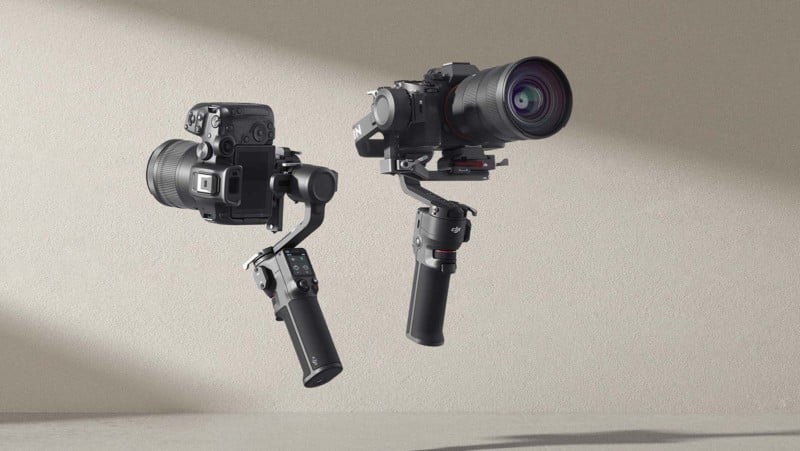 The DJI RS 3 Mini is available starting today for $369.