The original Techart Leica M to Nikon Z adapter was launched tow years ago and since then, the company says it has advanced on the idea to make it more viable for both photographers and videographers. The result is the second-generation model that includes what Techart describes as a more robust motor, a sleeker design, and better autofocus performance that is advanced enough to support use while shooting video.

Thanks to these advancements, Techart says the TZM-02 adapter is quieter and faster, while the new unicase machining technology also helped significantly reduce the number of parts used in its construction which allowed it to compress the adapter’s size. compression of the adapter’s size. Below is a comparison between the new version (left) and old version (right). This new design is so slim that it no longer obstructs tripod plates, accessories, stabilizers, or larger optics.

“Compared to other motor-driven adapters in the market, TZM-02 not only excels in AF-S/AF-C shooting in stills mode, it also performs extremely well during video AF,” Techart boasts. “TZM-02 is the first adapter of its kind which can support video AF. Users may now apply the unique visual effects of old manual lenses onto modern cameras like Z9 to create unique footage. Eye tracking function also works flawlessly in video mode.” 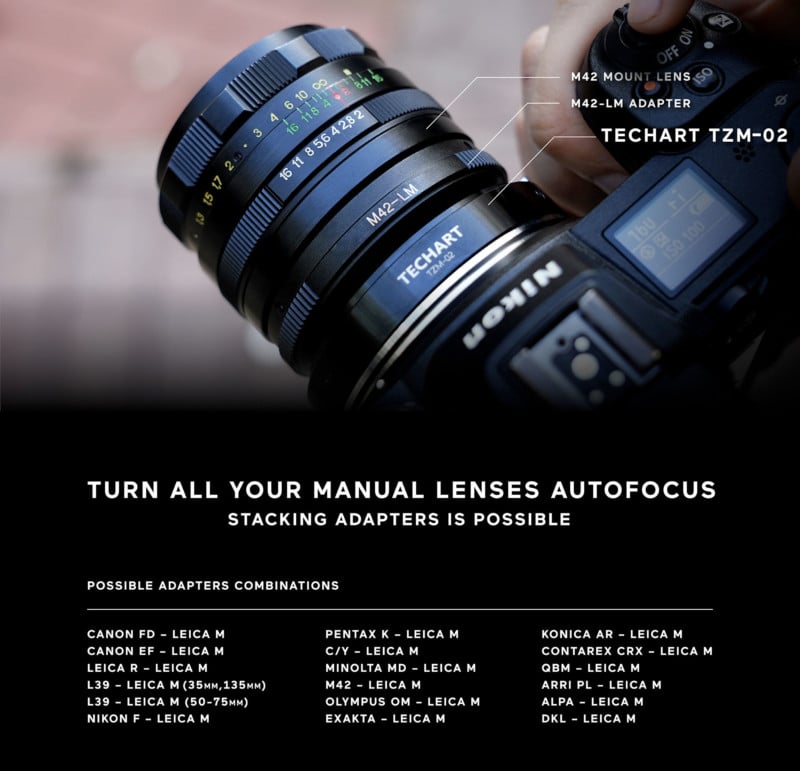 Techart supports firmware updates for the adapter via a USB port located on the adapter’s back cap. Updates can be installed on both Mac and PC.

The new Techart Leica M to Nikon Z Autofocus Adapter Gen II (TZM-02) is available from the company’s website for $399.