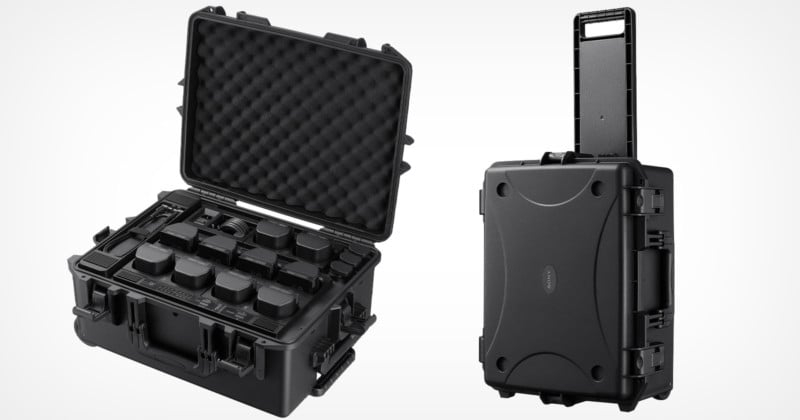 Sony has announced a new roller-suitcase-style case that holds up to 10 AirPeak drone batteries and can charge four of them at a time with the goal of making it easier to keep the AirPeak S1 drone flying for longer periods of time.

Called the LBN-H1, the new case is designed for professional drone operators using the AirPeak S1 on film sets or for industrial applications. It not only stores 10 AirPeak batteries, it provides the ability to charge and discharge them for use in the field and safe travel. It measures approximately 21 7/8 inches (553 mm) tall, by 16 3/4 inches (423 mm) wide, by 10 1/4 inches (258 mm) deep — including projecting parts — and weighs approximately 33 pounds, 8.2 ounces (15.2 kg), which does not include any battery packs, power cord, and other peripherals. Sony says it is also certified UL62368-1.

As mentioned, it can charge four batteries at a time (a limitation that PetaPixel was not given an official explanation for, but likely has to do with head management) and can fully discharge the power from eight at a time, which Sony says makes it ideal for both transport and extended storage. 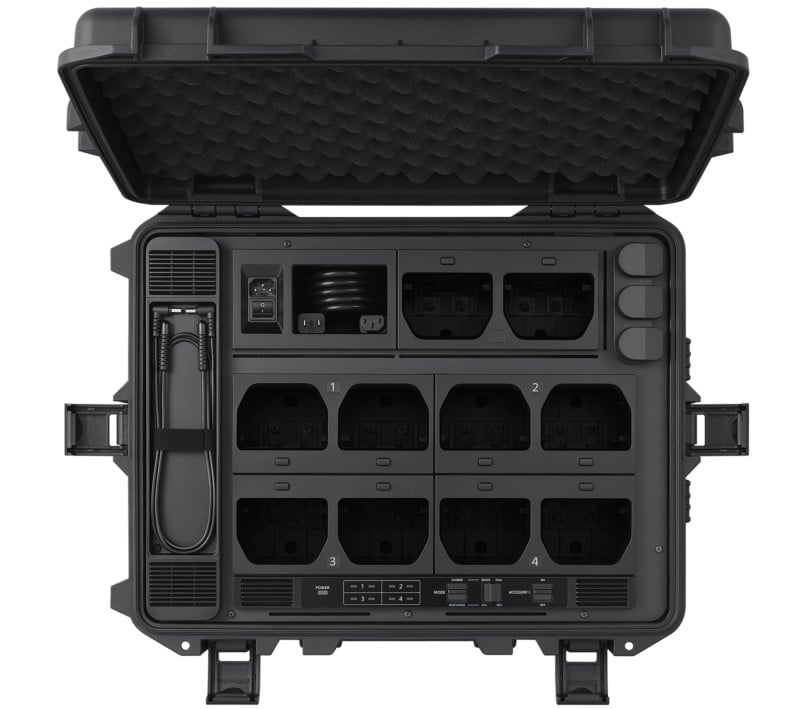 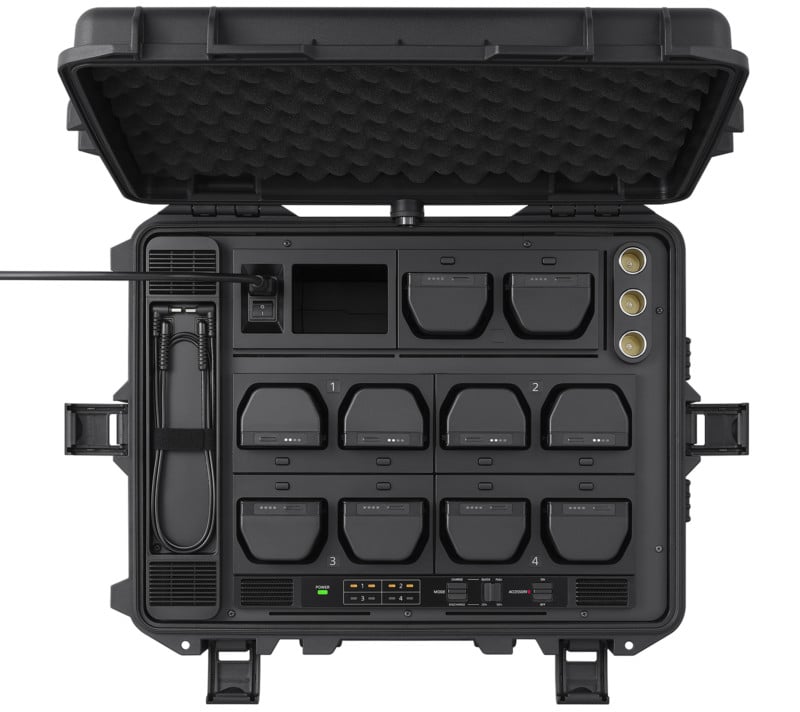 Given that the drone is supposed to provide at least 12 minutes of flight time per battery, if a pilot were to arrive on set with a full case of 10 charged batteries, it would theoretically be possible to keep the drone available for an extended period of time, regularly swapping and charging batteries with the case. That said, PetaPixel did experience significantly lower flight times than Sony estimates when it reviewed the AirPeak S1 last year. 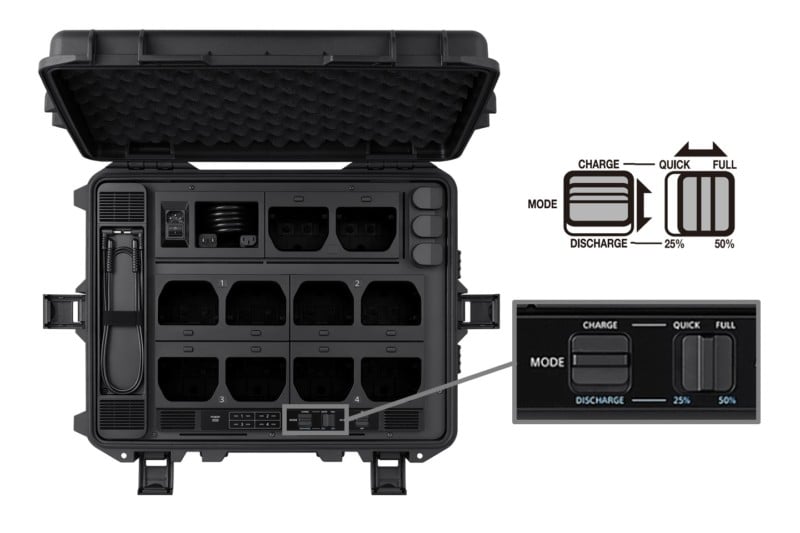 The LBN-H1 Battery Station includes built-in charging cables for two remote controllers (RCR-VH1) and is equipped with three standard auxiliary power outlet accessory sockets that can support a range of accessories. It includes three 12V cigarette lighter-style outlets that can charge mobile devices, cameras, and other USB accessories. Sony says it chose this style of outlet because it is more versatile than other options.

Sony says the accessory socket cap can also be used as a stopper to prevent the lid from accidentally shutting due to wind or other factors while using the rolling case.

In addition to the charging case, Sony also says that it will release a new higher-capacity battery pack sometime later this year that will provide with longer flight times before the AirPeak S1 needs to land.