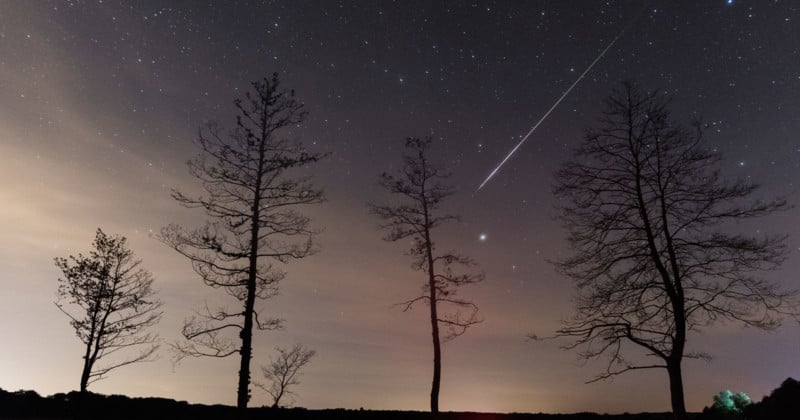 A doorbell camera captured the moment a huge meteor hurtled over Alaska, lighting up the night sky.

Captured around 05:45 local time on Thursday morning the meteor hit Earth’s atmosphere causing a bright light that momentarily lit up a large portion of Southcentral Alaska.

The amazing footage was captured in the state’s largest city Anchorage, located in south-central Alaska. It was shared by the Reuters news agency.

Doorbell camera captures a meteor zooming across the sky in Alaska pic.twitter.com/bAQ1TIy7G7

As noted by Digital Trends, not everyone was sleeping at that early hour and a lucky few witnessed the show.

“Saw this from the car driving north on Boniface Parkway in Anchorage,” writes one witness on the American Meteor Society’s website.

“I have seen meteor showers in the past, and this was unlike anything I’d ever seen … the streak was much, much wider, not like the thin lines of shooting stars or meteor showers. I had two people in the car with me who also saw it, one of whom has a personal interest in astronomy, and she agreed she had never seen anything like it.”

Another writes: “I was driving my car when the bright light came behind me and lit up the sky and then it came over the top of my car and then in front of my vision and then disappeared suddenly. Bright white at the front with a bright blue tail.”

Mark Conde, a physics professor at the University of Alaska Fairbanks, tells KUAC that the event was probably a part of the Ursid meteor shower, originating from comet 8P/Tuttle.

The Ursids shower began on December 13 and will be active until December 24. The Ursids typically produce only around five to 10 visible meteors an hour, according to EarthSky.

“They’re certainly not the Geminids or Perseids, but hey, if you got time to kill while you’re waiting for Santa, it’s probably a good thing to do.”

The Ursids are often overlooked due to their proximity to the Geminids shower, which peaked on December 13 and also can be observed until December 24.