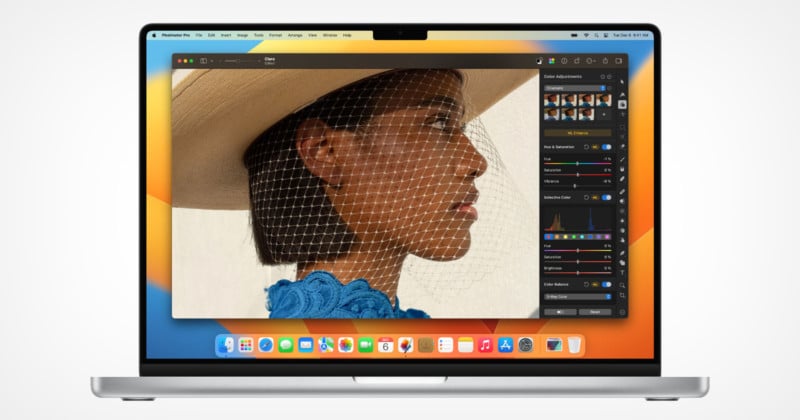 Pixelmator Pro version 3.2, codenamed Lumiere, adds the ability to edit videos. This also opens the door for editors to create moving designs and export animated image formats which brings it even further in line with Adobe Photoshop.

The main update adds video editing support to the platform that has to this point only been for still images. Editors can now add videos to their designs just like any other layers and edit them using the same tools they use to edit images. Editors can also crop videos, adjust colors, add effects, and even apply masks or clipping masks to create moving designs. Pixelmator notes that all the machine learning-powered color adjustments work on videos, too.

Pixelmator has also added all-new video controls for easily playing, muting, scrubbing, setting the poster frame of videos, and adjusting advanced settings like the start and end behavior of videos in multi-video compositions. Additionally, Pixelmator Pro now supports a number of popular video formats including MP4, QuickTime Movie, and even moving image formats such as animated GIFs and PNGs.

Finally, the go along with the launch of video support, the company has created 12 “cinema-inspired” templates, including 4K movie titles and cinematic social media templates for editors to use. Editors can quickly personalize the templates by changing the placeholder video, choosing from alternative elements and colors created for each template individually,or they can also combine existing still-image templates in Pixelmator Pro with their own videos to create animated social media posts and other designs.

“With the addition of video editing features in Pixelmator Pro, making quick edits to videos has never been easier,” Simonas Bastys, lead developer at the Pixelmator Team, says. “Users can make all the most important edits — trim and crop videos, adjust their colors, combine them with text, images, and shapes, apply masks, and do much more — without ever leaving Pixelmator Pro.”

Pixelmator Pro 3.2 Lumiere is available exclusively from the Mac App Store as a free update for existing users and $20 for newcomers, which at the time of publication was 50% of its regular price.