Pixelmator has announced updates to Pixelmator Photo and Pixelmator for iOS. The updates add full support for iPadOS 16.1, the new iPad Pro, the Apple Pencil’s new hover ability, and other feature changes.

The majority of the updates are in response to Apple’s new products and allow the application to make the most of them. Pixelmator now supports the new hover capabilities of the Apple Pencil. the company says photographers can edit photos faster with Color Adjustments preset and Crop tool live previews. Users can hover their Apple Pencil over the color adjustment presets and instantly see live previews. When using the Crop tool, editors can also hover their Apple Pencil over the canvas or move it away from the screen to compare to the original photo and the cropped result.

Editors can also preview the Clone tool source area and the selection area of the Quick Selection tool by hovering their Apple Pencil over the canvas. The company says that this update also introduces the machine learning-powered Select Subject feature to make automatic subject selections on an iPad or iPhone. Pixelmator says that it is possible to select any subject in an image with just a tap. Using the newer iPad models with XDR displays, Pixelmator has what it is calling EDR Mode, which allows for previews of extended dynamic ranges. The company claims that EDR Mode utilizes the higher peak brightness of XDR displays to bring out details in highlights that would otherwise be invisible. 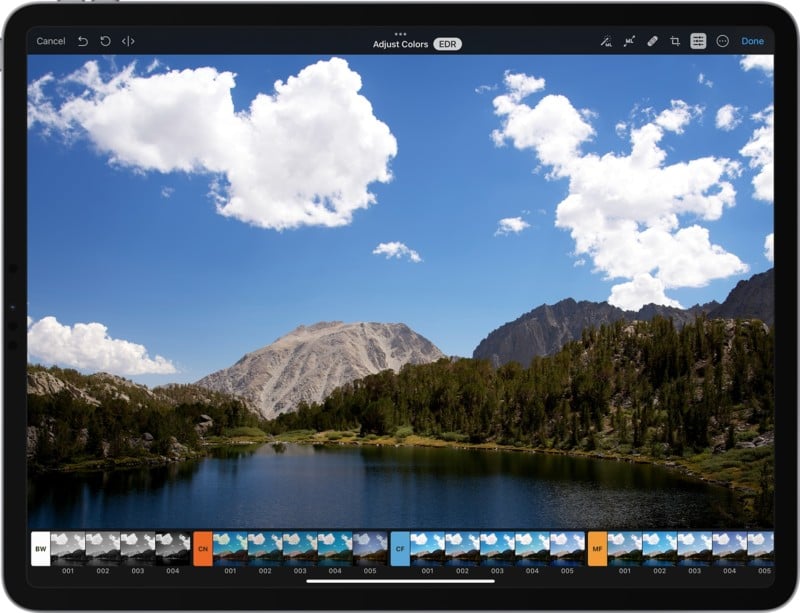 Finally, the company says it has improved performance again thanks to iPadOS 16 and virtual memory swap on newer iPad models, allowing users to open and edit even larger documents with more layers.

Pixelmator has a detailed explanation of all these changes on its blog. As a note, these updates do come at a cost, as Pixelmator has increased from $4.99 to $9.99 for new users, but the updates are free to all existing users.