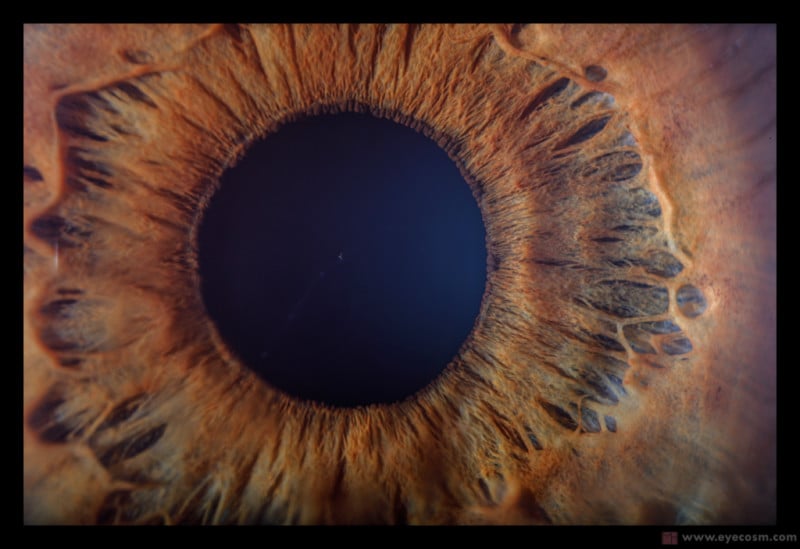 A photographer battled to get these extreme close-up photos of eyes that look like an otherworldly landscape.

Markus Hofstaetter says that he likes taking portraits of people and is always focused on the eyes.

“I’m really interested in eyes,” he explains. “They fascinate me, I think they are very attractive and very interesting.

“You know the saying, ‘eyes are a window to the soul,’ that’s the reason I wanted to do a project that’s just about eyes.” 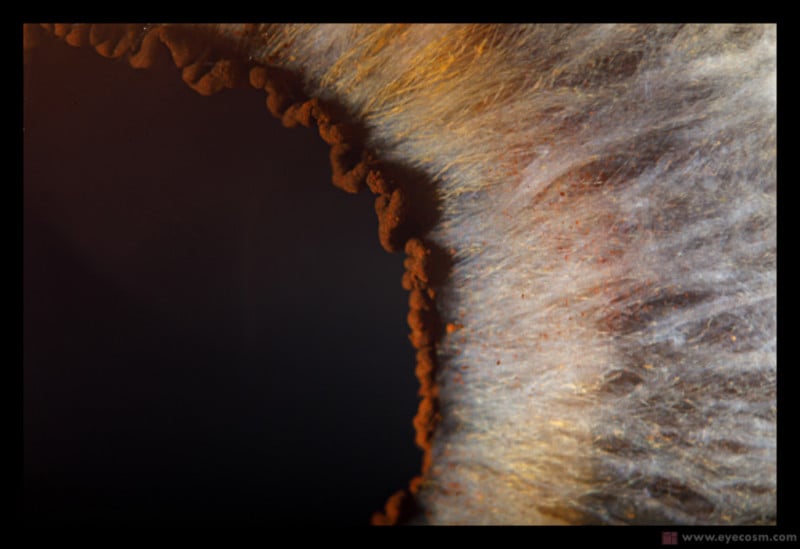 Hofstaetter bought a Laowa 25mm ultra macro lens but he warned that focussing with the lens is “very, very tough.”

“You can’t manually focus with the lens, you need a macro focusing rail. To take pictures of eyes I had to build a headrest and a focusing station that had a very steady tripod.”

To help him focus, Hofstaetter set up a screen to see the image better. However, even this elaborate setup wasn’t enough.

“I built some kind of Frankenstein-focusing rail monster, something like that. It combined a hydraulic pinning clamp, multiple macro focusing rails, and a linear transition stage that moves like 0.25 millimeter on every turn.” 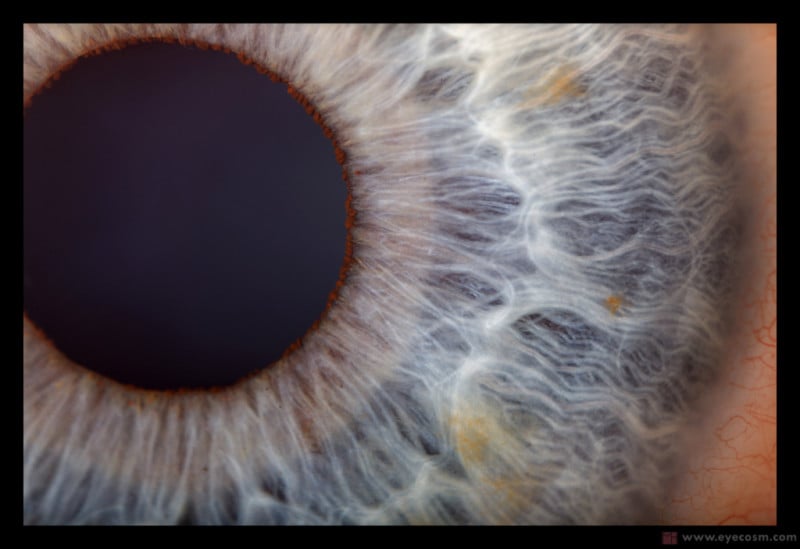 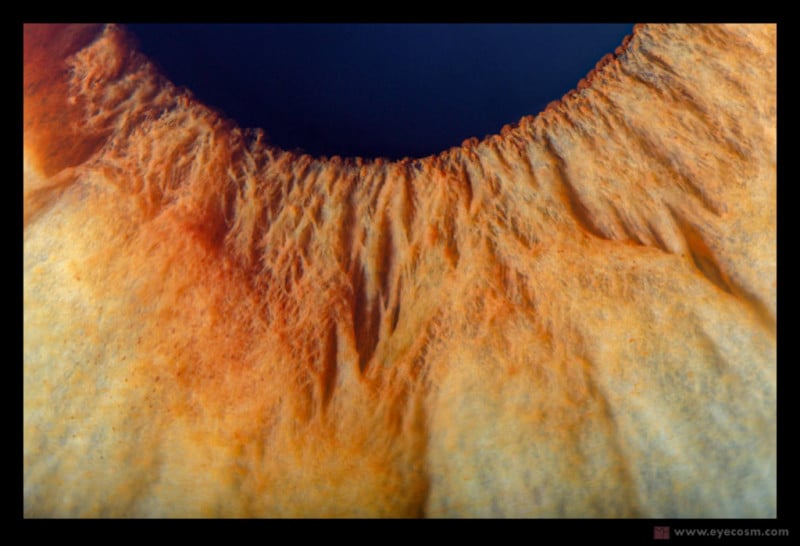 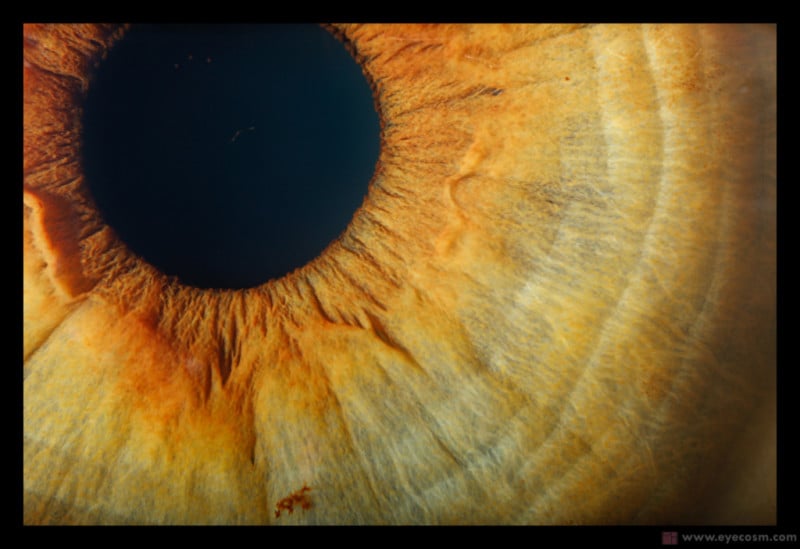 As noted by DIY Photography, his custom rail setup weighs around two kilograms (4.4 pounds). But even with all of this, focusing on the eyes was still “crazy difficult.”

“Because the iris moves a lot at this magnification and also every little movement of the tripod was an issue so I even put some bait in the tripod so it doesn’t move.”

Eventually, Hofstaetter got on top of the issues but it still took him “half an hour” to get a good image of an eye.

“At the end, I am very happy with the outcome. It was a lot of work, but for me, it was totally worth it,” he says.

“I love how these abstract eye photographs turned out on fine art prints.” 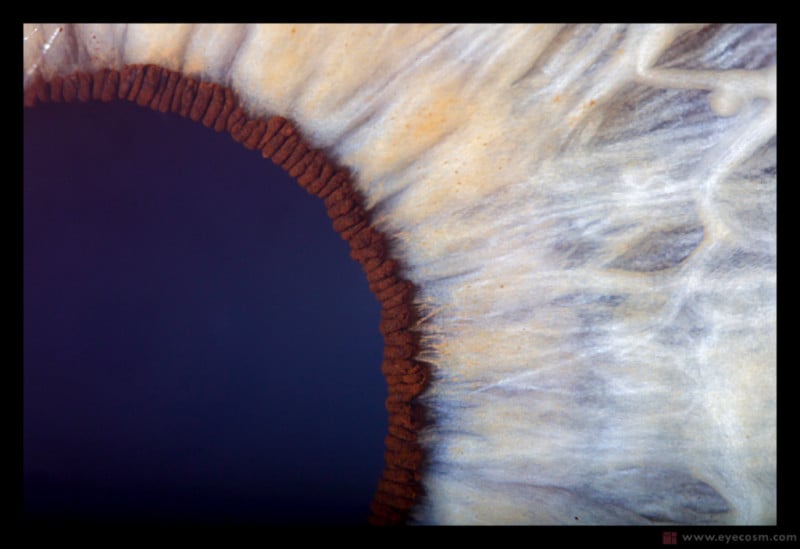 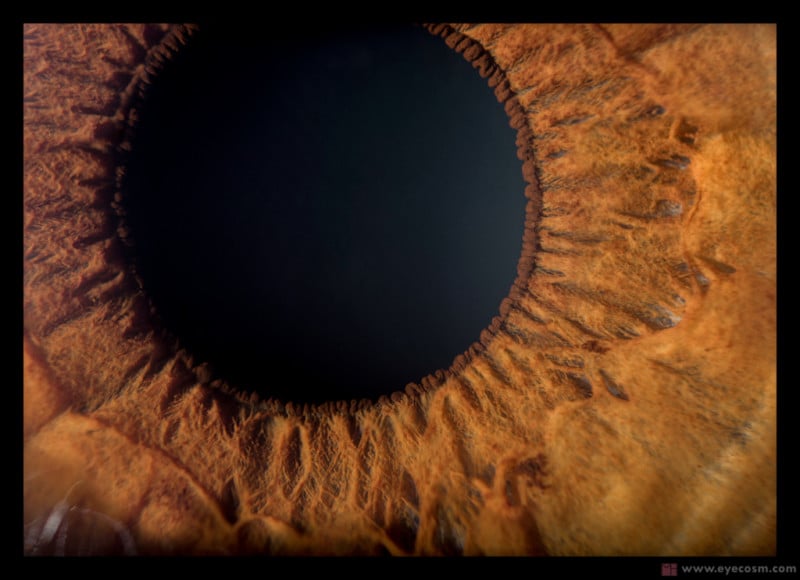 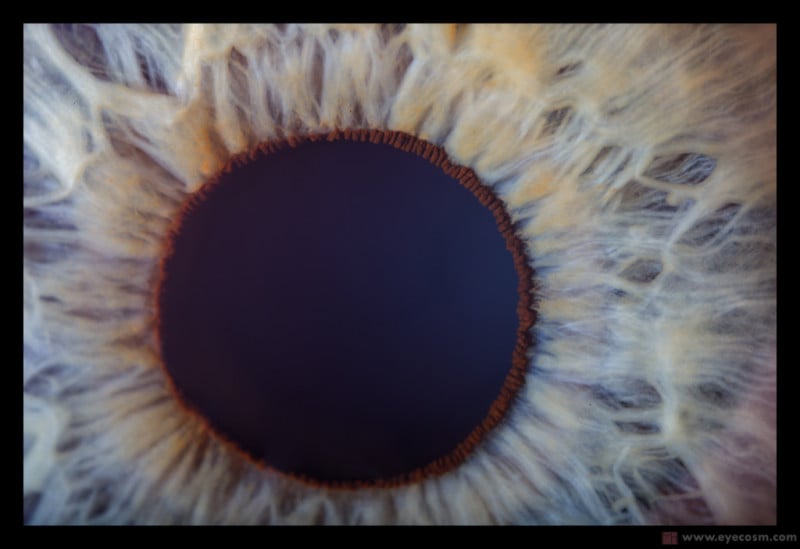 To buy a fine art print contact Hofstaetter here or visit his shop.