Two years ago, Venus Optics sent macro photographer Thomas Shahan their Laowa 25mm f/2.8 2.5-5X Ultra Macro lens for testing. Now, after two continuous years of real-world use and testing, he’s finally gotten around to sharing his thoughts in a thoughtful review that will be a huge help to any extreme macro photographers who are considering this lens.

To cut right to the chase: the lens has obviously impressed Shahan over the past two years and held up very well, becoming his go-to for extreme macro work.

Comparing the Laowa to one of its main competitors—the Canon MP-E 65mm f/2.8 1–5x Macro, which he has also used extensively—Shahan can’t help but point out that it’s really not much of a competition.

“The Laowa, aside from being less than half the price, weighs about half as much as Canon too, which is a big deal,” says Shahan. “Most macro lenses are really sharp lenses, so I often favor the lighter options above all else. You’ll also notice this weight difference when packing and after a long day shooting outside.” 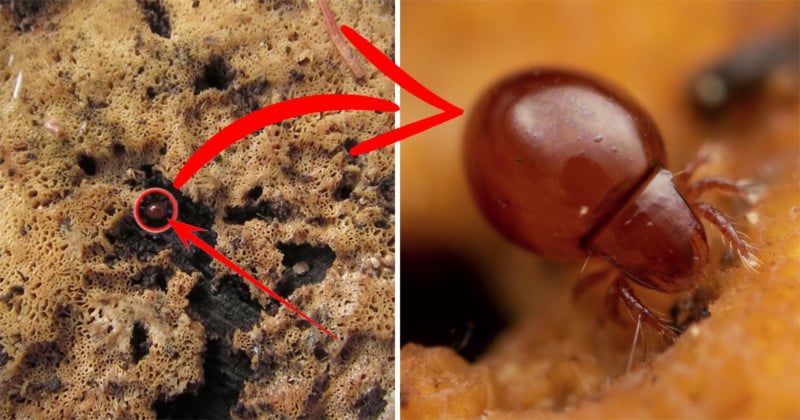 In terms of downsides, Shahan’s main complaint is the lack of auto-aperture control or aperture coupling of any kind.

“This lens is completely manual,” explains Shahan, with an emphasis on completely. “Coming from a background of using reversed prime lenses, I’m used to is. And although it’s definitely not ideal, it’s not that big of an issue for me personally. But be forewarned.”

To hear all of Shahan’s thoughts on the lens, watch him use it in the field, and see many many more sample images captured with the Laowa 2.5-5x macro, watch the full video above. His conclusion, in the end, is pretty straight forward:

“I like this lens a lot,” he says at the end of his review. “And after years of singing the praises of reversed primes for macro, I actually grab this lens for most of my high-magnification work now […] Any lens that allows people to get closer than ever in an affordable, accessible package, is a huge leap forward and I support it.”

Amazon Let a Fraudster Keep My Sony a7R IV and Refunded Him $2,900

Reviewer: The LomoMod No.1 with the Liquid Lens is ‘The Worst Camera I Ever Tested’