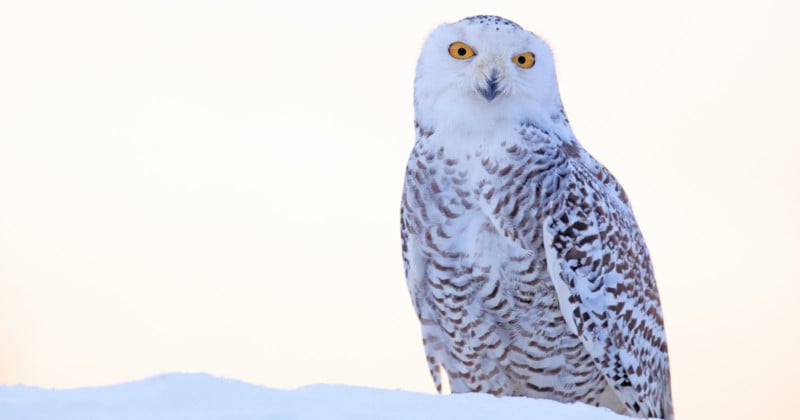 Facebook groups are refusing to publish photographs of snowy owls in a bid to stop photographers whose “paparazzi-like behavior” around the animals is harming conservation efforts.

Newsweek reports that several Facebook groups have banned photographs of snowy owls in the hopes that it will discourage photographers from getting too close to the vulnerable animals.

It is believed that the intrusive behavior of amateur photographers could be harming the dwindling population of snowy owls and their survival as a species.

The Facebook group Maine Wildlife, which has over 127,000 members, is among those to have begun rejecting snowy owl image submissions.

Troy Dyer, one of the Maine Wildlife’s administrators, tells Newsweek that the issue was first brought to light by several professional photographers in the group.

The group has taken the step to ban photographs of snowy owls to try to protect the animals.

In a post reportedly sent to members within the Maine Wildlife group, administrators write “It took [the owls] time to fly here and they expend a lot of energy hunting… With people constantly chasing [and] harassing them, they are not allowing them to hunt [and] eat, which will lead to starvation.”

Snowy owls are often in the U.S. to get through the winter before heading back to the Arctic to breed more and maintain the species’ existence.

Bangor Daily News reports that a similar ban has been implemented by the Chicago Audubon Society.

Doug Hitchcox, a naturalist at Maine Audubon and a wild bird expert, explained that the problem lies in the fact snowy owls roost and sleep in open spaces during the day, making them easy to spot and disrupt.

“Everyone seems to want the flight shot, which you won’t get when it’s roosting, or the portrait shot so they are way too close,” Hitchcox tells Bangor Daily News.

“I have definitely seen over the years photos of [snowy owls] that were taken so close to the owl it caused the bird to wake up and fly off, expending valuable energy it needs to survive the winter.”

The snowy owl is currently designated as a “vulnerable” species by the International Union for Conservation of Nature (IUCN) — the last designation given before a species falls into the category of being “endangered.”

Primarily based in the Arctic regions of North America, and across northern Europe and Asia, the snowy owl’s population is in a state of steady decline and the IUCN estimates only 14,000 to 28,000 snowy owls remain in the world.

PetaPixel previously reported on the foul practice of wildlife photographers baiting wild owls with a mouse from a pet store to get the perfect shot.