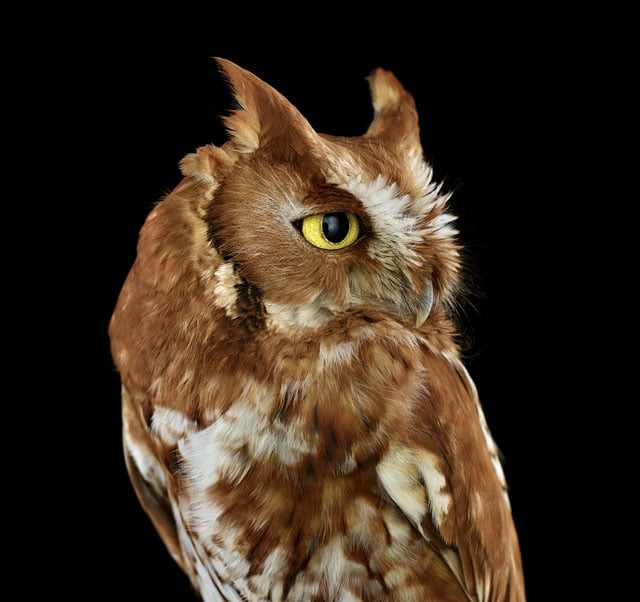 For his projects Affinity I and Affinity II, Santa Fe, New Mexico-based photographer Brad Wilson captured beautiful studio portraits of all kinds of wild animals, from birds to primates to the diverse wildlife of the African safari.

Of the 65 animal species featured, 12 of them are different types of owls. Wilson’s detailed images capture the nobility and personalities of the nocturnal birds of prey.

The birds were found at two wildlife sanctuaries and were recovering from various injuries. Here’s what Audubon Magazine says about how difficult it is to shoot this type of owl portrait:

It’s not easy to get owls to mug for the camera. Even in captivity the birds remain aloof, unruffled by the flash and unmoved by attempts to bribe them. [Brad Wilson] spent hours with each bird, trying to capture its direct gaze. “It’s hard to get animals to look at you like humans do,” he says. […] It takes years of building mutual trust before an owl will accept physical contact from a single person, says Wilson, and “owls don’t extend that privilege to other humans.”

The photograph above shows an Eastern Screech-Owl, which looks like it has some attitude (at least in terms of human expressions and emotions): 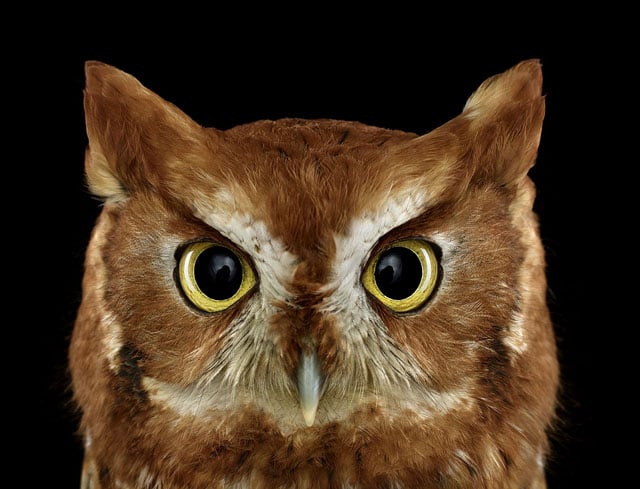 Here are the other owl portraits found in the Affinity projects: 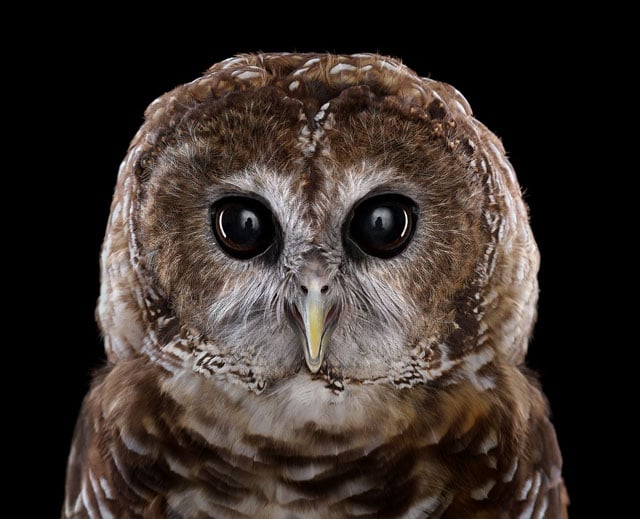 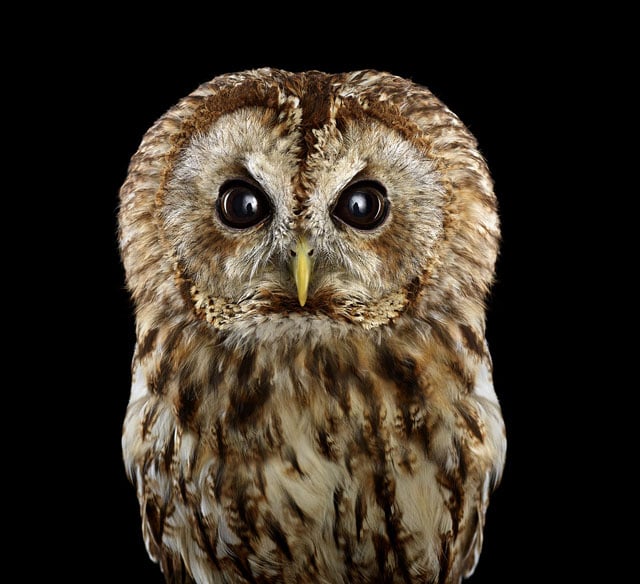 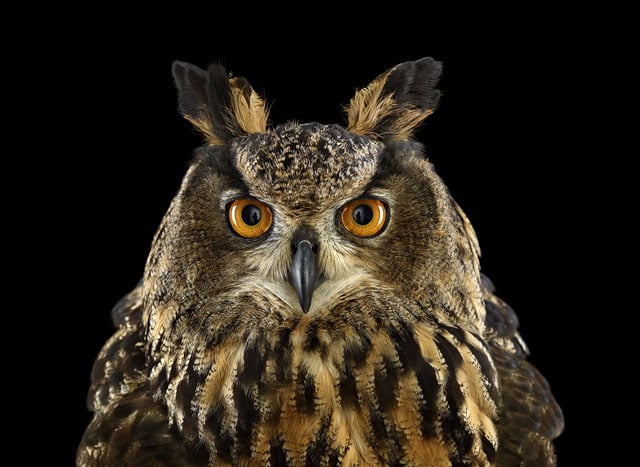 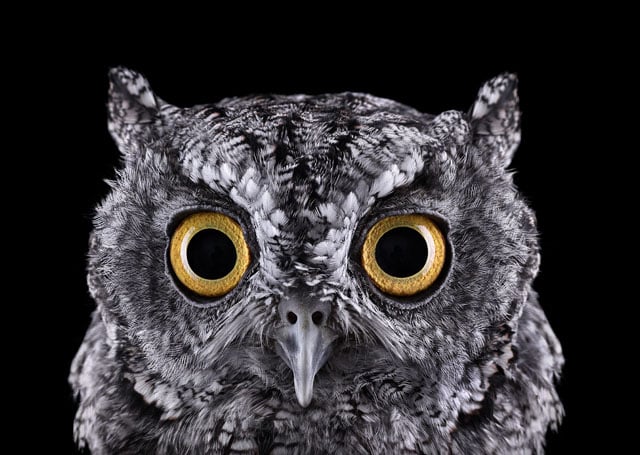 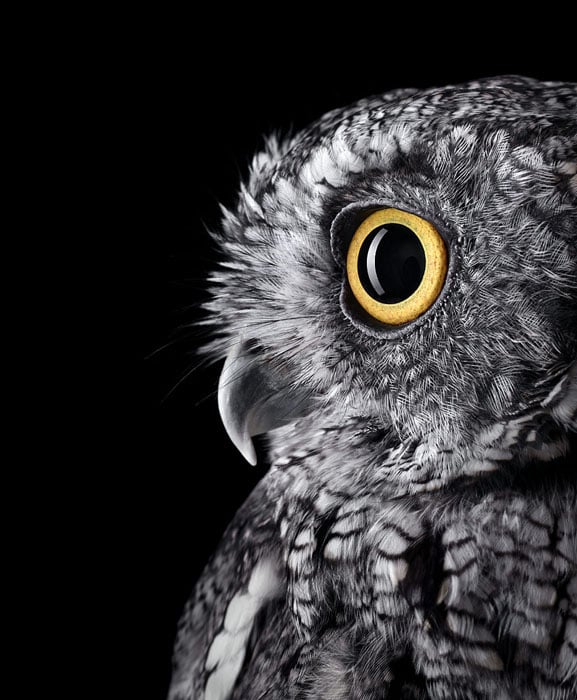 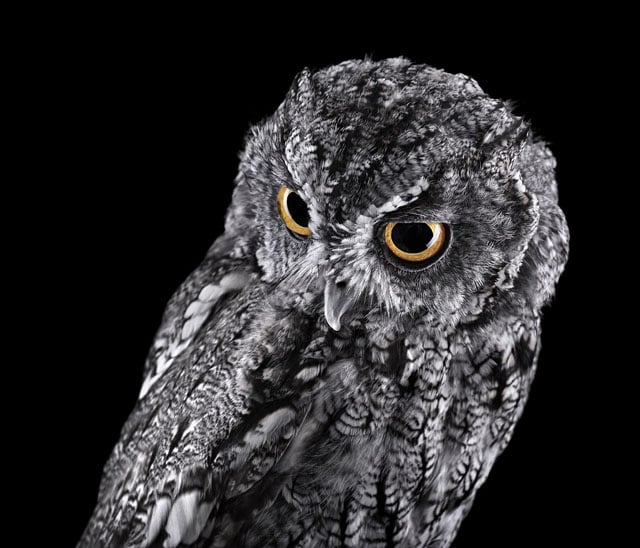 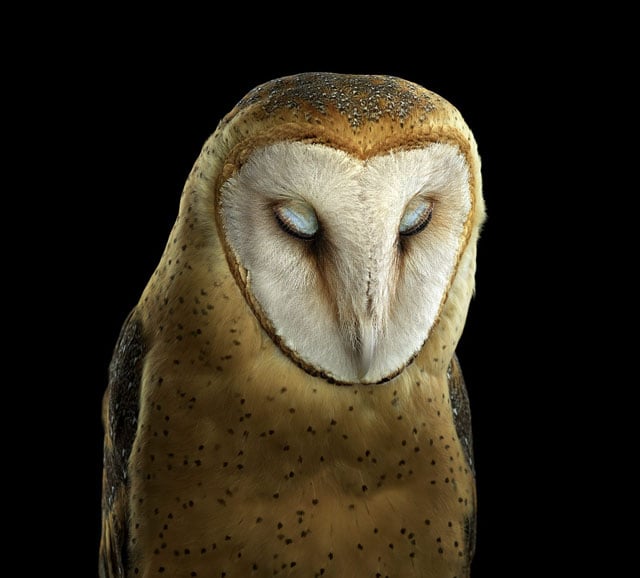 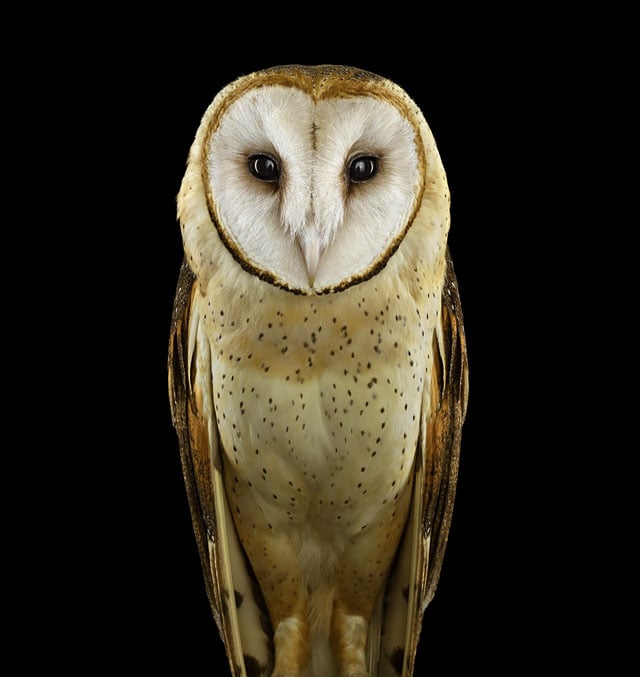 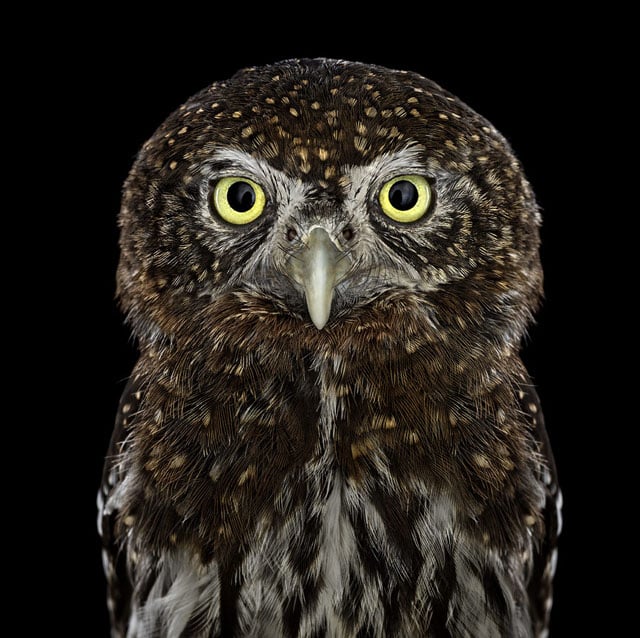 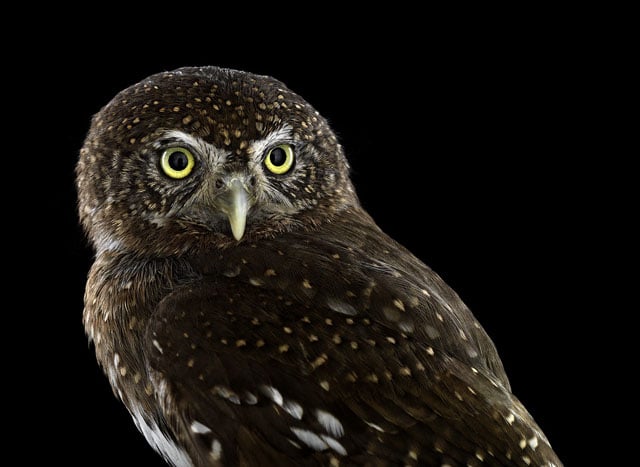 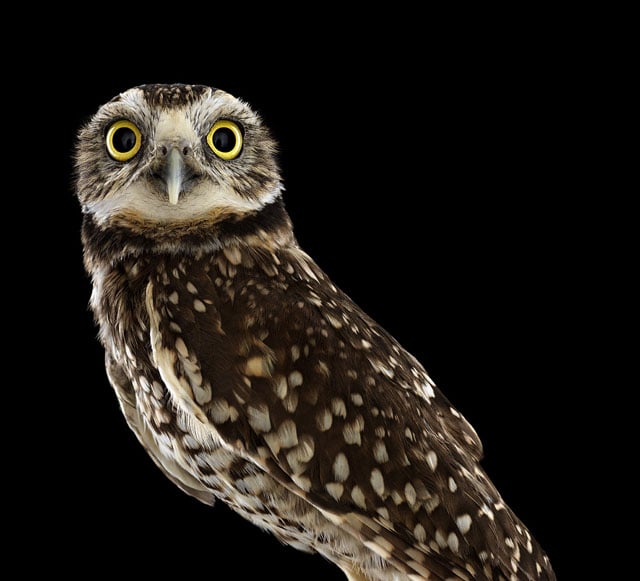 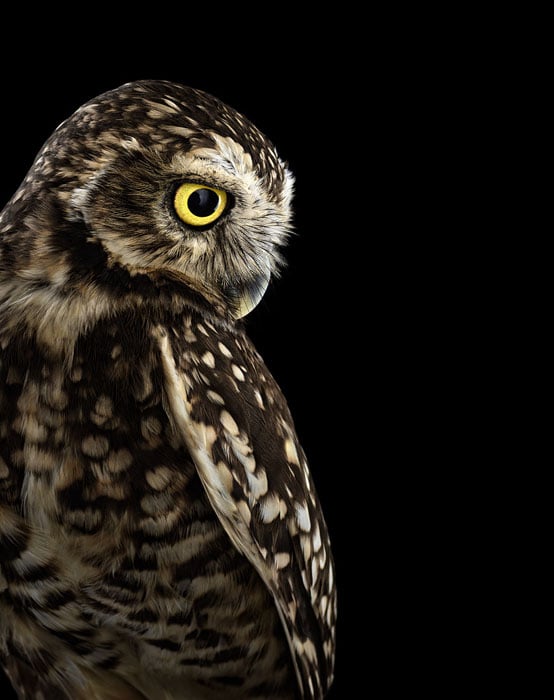 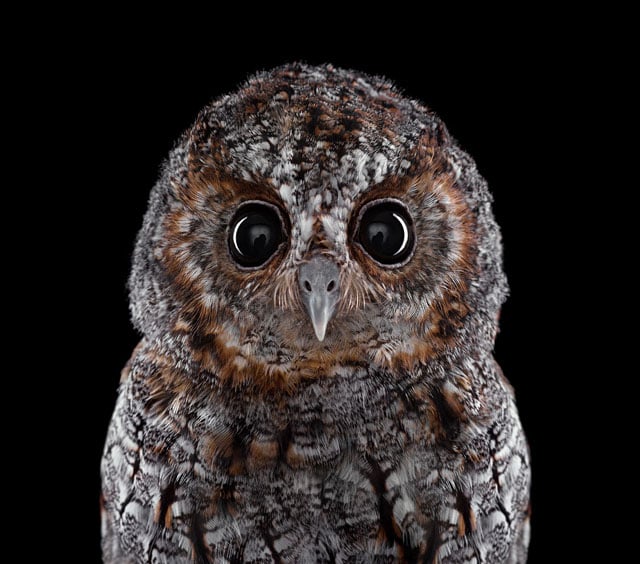 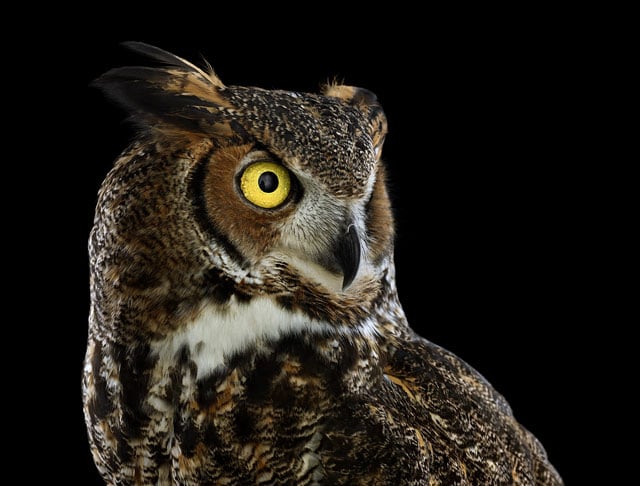 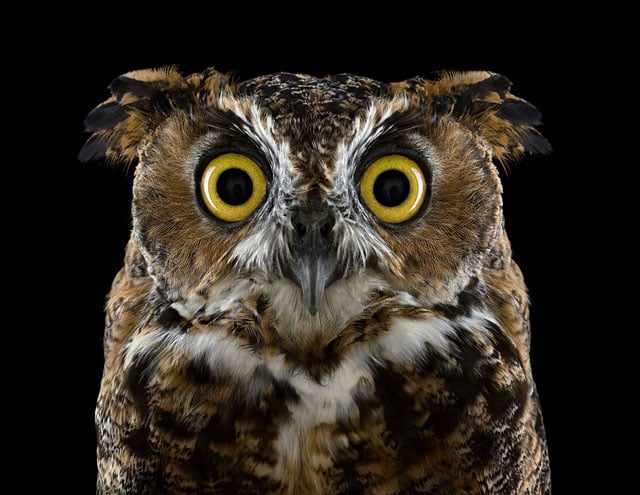 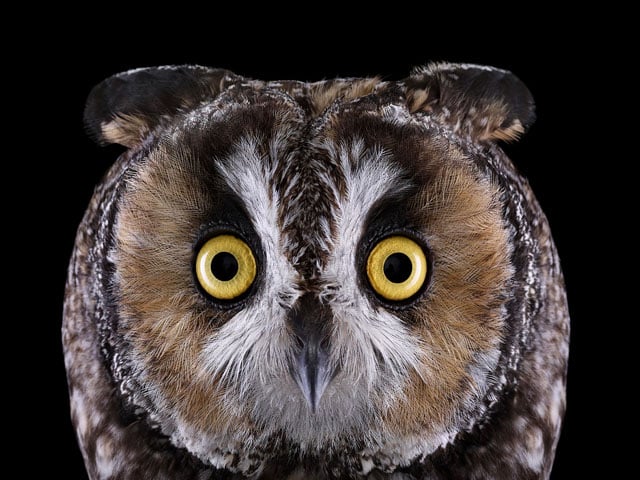 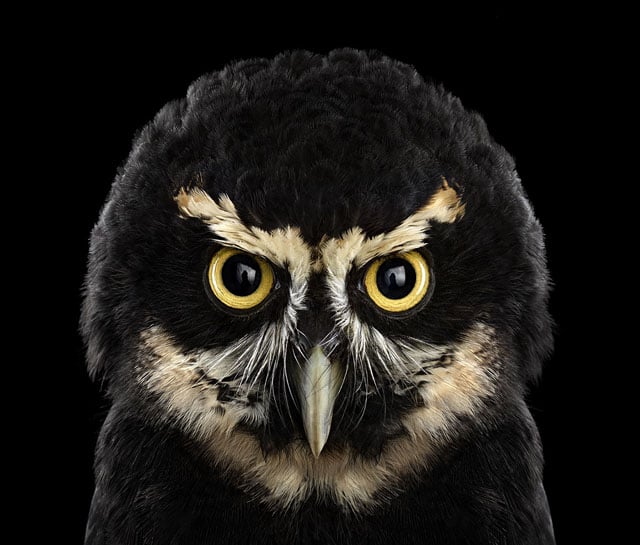 Wilson informs us that he recently published photographs for these projects in a photo book titled Wild Life.

P.S. To get a glimpse of how Wilson works with animals in the studio, take a look at this behind-the-scenes video we shared back in 2012.

Image credits: Photographs by Brad Wilson and used with permission

Demo: How to Use a Yongnuo Wireless Trigger with a Group of 600EX Flashes