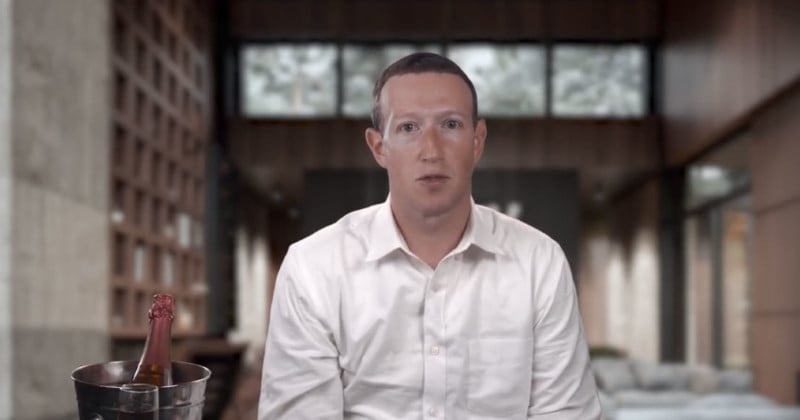 A deepfake of Meta CEO Mark Zuckerberg thanked Congressional Democrats for failing to take action against the biggest tech companies in an eerily realistic video.

To all my friends in Congress — especially @SenSchumer — thank you!

Once again, you've kept up your side of the bargain by holding up new laws that would hold Big Tech companies like mine accountable. #FakeZuck pic.twitter.com/8zXm5gNNiP

The Zuck is Fake But The Message is Real

In the video, the activist group uses deepfake technology to turn an actor from the Monopoly board game into Zuckerberg.

“Over the past five years, Congress has held over 30 hearings designed to hold Big Tech accountable,” he explains.

“Either way, it looks like the most consequential action that Congress is poised to take, a bipartisan bill to prevent companies like mine from self-dealing, is about to fade away like so many efforts to rein in big tech in the past.”

According to Gizmodo, Demand Progress Action takes aim at the lack of action on two bills, the American Innovation and Choice Online Act and the Open App Markets Act.

The former would limit how tech firms can give preference to their own products and services in marketplaces, while the latter adds regulations to prevent them from self-dealing when they promote their own applications in app stores.

Both bills are out of committee, but neither has been scheduled for a vote.

“When the House changes hands in January, who seriously thinks the Republicans will do any better than Democrats?” deepfake Zuckerberg asks the viewer, dubbing Big Tech “the golden goose that keeps giving and giving.”

‘You know, we let them pretend to hate us out on the stump. But in Congress they’re some of our strongest defenders,” he says.

“So I would like to propose a toast to Speaker of the House Nancy Pelosi and Senate Majority Leader Chuck Schumer,” deepfake Zuckerberg announces, raises a glass of champagne to the camera.

“Once again, you held up your side of the bargain by holding up new laws that would hold us accountable,” he adds. “Thank you for your service to me and all of my friends.”

As deepfake Zuckerberg lifts his glass, videos of Jeff Bezos, Sundar Pichai, and Tim Cook appear on the screen.

At the end of the clip, the narrator issues a message to the viewer: “The Zuck is fake but the message is real. Call on Senator Schumer to get big tech antitrust done during this Congress.”