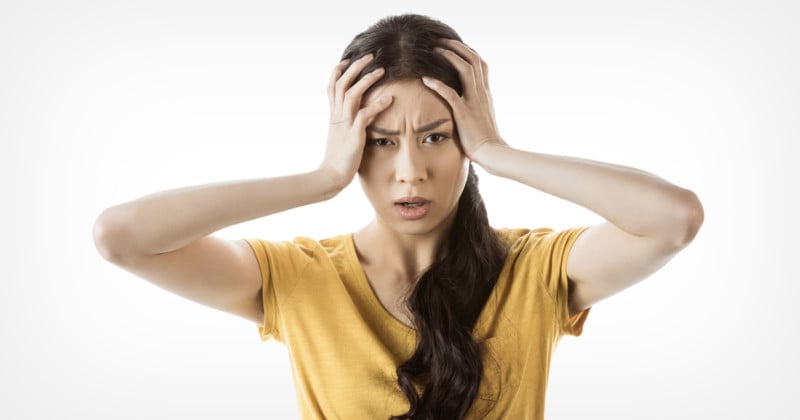 A woman warned others to “NEVER do stock image modeling” after her photograph ended up being published in an unflattering article.

Last week, Twitter user Abigail Johnson shared a tweet after a stock photograph she modeled for was printed by The Guardian in early November.

NEVER do stock image modeling, just don't do it. https://t.co/OmRfoGlhvo

A portrait of Johnson was used in a header photo in an article published on The Guardian‘s website, which is entitled “I’m 25 and won’t have sex until I’m married. Why can’t I get a man?”

After stumbling upon the unbecoming article, Johnson, from New Zealand, tweeted a screenshot of her photograph in the piece alongside the warning: “NEVER do stock image modeling, just don’t do it.”

Digg reports that Johnson’s tweet gained more traction and attention than the original article in The Guardian.

Johnson’s tweet was liked over 400,000 times and amassed thousands of comments. The tweet started a discussion online about the perils of modeling for stock images and the ethical responsibilities of stock photography companies.

A Twitter user argued that models should get a say about their photographs were used: “To me, stock image models should definitely retain some rights to their images.”

Meanwhile, another individual criticized the usage of stock photos in general. The user writes, “stock photos are unethical and just lazy. Every photo should have a clear caption.”

Other Twitter users empathized with Johnson and shared humorous stories about what their own stock photographs had unfortunately been used for.

Some individuals believed their stock images had been used in worse ways than Johnson’s portrait in The Guardian article. One Twitter user shared a screenshot of a stock photograph of him sleeping which was unfortunately published in an article about male prostitution.

I see your stock image article and I raise you mine.😬 pic.twitter.com/VRgdd8r7PY

Meanwhile, another social media user shared an image of a stock’s model photograph that was being used on cigarette packets to highlight embarrassing side-effects caused by smoking.

A former stock photography model shared his shock when he realized his portrait was being used in a fictional HIV pamphlet on a Netflix television show Greenleaf. To comfort Johnson, a Twitter user

This quite LITERALLY happened to me pic.twitter.com/axGayUMMRT

While some Twitter users may regret their experiences, stock image modelling may soon become a thing of the past.

In January, PetaPixel reported that Smarterpix, Germany’s leading stock photo agency had announced an industry-first: a set of stock portraits that are 100% generated by artificial intelligence (AI) and available for legal licensing.

None of Smarterpix’s stock photos are of people who actually exist.