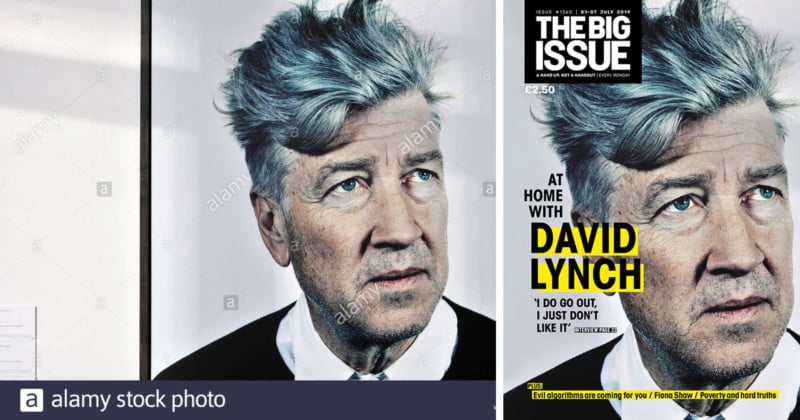 Renowned photographer Nadav Kander was recently surprised to find one of his portraits used without permission on the cover of a magazine. When confronted with this, the magazine’s explanation was that the image was purchased as a stock photo — a stock photo of the copyrighted photo in an exhibition.

The photo at the center of this strange tale was a portrait Kander had made of famed American filmmaker (and photographer) David Lynch.

Hi Nadav, we’re very sorry you feel aggrieved. This image was sourced by the art team. They discovered it on Alamy. It’s a great image that we felt would help move the magazine. We told Alamy what we were doing and neither tried to pull the wool over anybody’s eyes nor get away without paying.

The first we discovered about the issues with the image was when your agency got in touch at the start of the week. Clearly, Alamy have some explaining to do. We would never intentionally do this. As an organisation that serves the complex needs of thousands of our vendors each year, we understand the need to meet emotional distress with sensitivity. We hope this goes some way to explaining the situation. If you would like to discuss further, please DM us.

Here’s the stock photo that had been made available through the UK-based stock photo service Alamy (and which has since been removed) — it was a photo of Kander’s framed print hanging on the wall at an exhibition with the title card next to the frame. 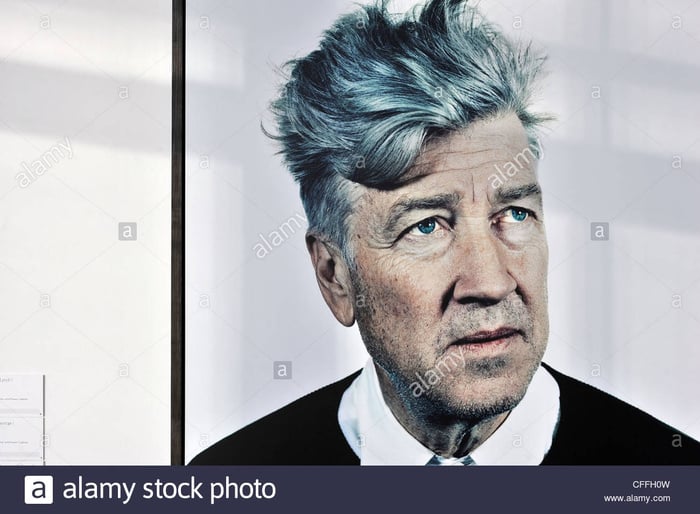 In creating its cover, The Big Issue had cropped out Kander’s portrait from the stock photo.

Needless to say, Kander was in disbelief at the chain of events that led to the image theft, which he calls “unbelievable blatant copyright infringement.”

READ THIS: a”photographer” goes to one of my exhibitions and photographs my framed print of David Lynch. He uploads this picture to a stock site called Alamy. Now this week The BiG Issue which is a magazine in the U.K. publishes a interview with David and buys this despicably shot picture of my photograph, crops in and uses it on the cover of the mag this week. Unbelievable blatant copyright infringement. Sad behaviour and more. I would never have wanted This photograph sold…So photographer who did this, kindly call my studio and we should talk. My alternative is to just go up an avenue that is less than pleasant for you. I wish now I had not got your name taken down off the BI site. Then all could have seen you and “your picture”. My god I work hard to make my work what it is… but this is doubly insulting because added to this your site states clearly that permission should be sought before using your work!!! Go figure. #copyright #copyrightingringement #impissedoff

The cover photo for The Big Issue #1365 has been removed from the online archive of the magazine.

Kander says that he looked into the photographer who had sold the stock photo and was “doubly insulted” to find that their website stated that permission should be obtained before using any of their work.

“I would never have wanted this photograph sold…” Kander writes. “So photographer who did this, kindly call my studio and we should talk. My alternative is to just go up an avenue that is less than pleasant for you.”

A tip for stock photographers: don’t go around to other photographers’ exhibitions, photograph the prints hanging on the walls, and then sell those photos as your own stock images.

(via Nadav Kander via Fstoppers)

Update on 7/15/19: Here’s a follow-up statement provided to PetaPixel by The Big Issue:

Last week The Big Issue posted a comment on Instagram regarding an image of David Lynch, which had been used on the cover of the magazine. The comment contained factual inaccuracies. We would like to make it clear that Alamy were in fact not contacted prior to publication of the image, and were not aware in advance of publication that the image would be cropped. We apologise deeply for this and aim to ensure the misuse of an image never happens again.

Thieves May Be Selling Your Photos on Shutterstock