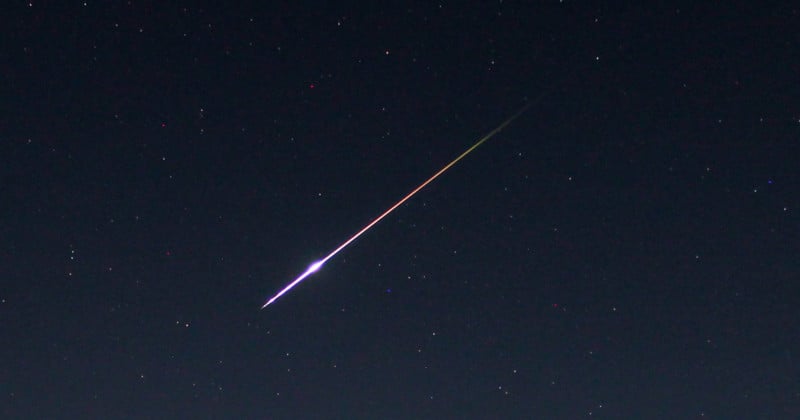 Astronomer and astrophotographer Mary McIntyre was locked out of her Twitter account for three months after a video of a meteor she published to the platform was flagged as “intimate content.”

As reported by the BBC, McIntyre’s video was flagged by Twitter’s automated moderation system and she was given only one option: delete the tweet. If she did so, however, it would have meant she agreed with the assertion that the content violated the social media company’s rules.

“It’s just crazy… I don’t really want it on my record that I’ve been sharing pornographic material when I haven’t,” she tells the BBC.

Twitter’s rules only mention the word “intimate” one time, specifically in reference to nudity:

Non-consensual nudity: You may not post or share intimate photos or videos of someone that were produced or distributed without their consent.

McIntyre’s initial 12-hour ban continued for three months as she says she exhausted the appeals process. Her tweet and her account remained visible, but she was unable to access it. After the BBC’s report, Twitter unblocked her account and fixed the issue.

The offending tweet is below, which she tells PetaPixel was unblocked today:

A few minutes before she published that video, McIntyre also shared a pair of photos of the meteor:

To make matters more confusing, McIntyre says the video was shared by other astonomers on her behalf, and none of them experienced a ban.

The BBC spoke to tech commentator Kate Bevan who said that the best explanation for the issue is that it is just a limitation of whatever artificial intelligence (AI) system Twitter has in place.

“AI tools are OK for quick and dirty decisions, but it shows that content moderation at scale is really difficult – both for humans and for the AI tools that are supporting them,” she says.

She adds that the issue becomes even worse when there are no humans available to review these poor decisions made by AI systems.

It’s not clear what about the above video triggered Twitter’s auto-moderation system, and it’s possible that will never be revealed. In the time between McIntyre’s ban and her access being restored today, Twitter has gone through a massive internal upheaval. Its shareholders approved an acquisition by Elon Musk who subsequently took the company private and fired a large number of its staff. Of those who were let go was the entire communications team, meaning no one is available to comment on the situation.