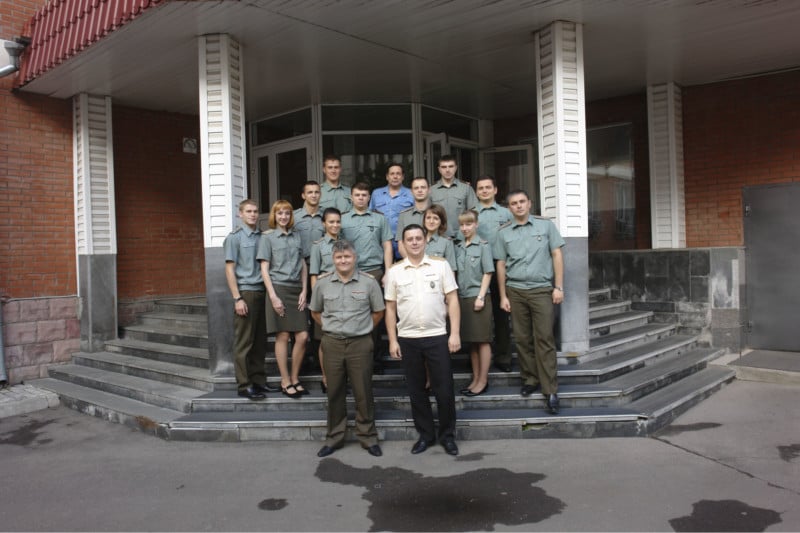 As the war in Ukraine rages on, an investigative team geolocated a Russian cruise missile program from a single group photo.

The missile program has caused untold misery in Ukraine and the group shot, taken in 2013, was sent to investigative website Bellingcat who laboriously geolocated the photo’s location using satellite imagery and various other methods.

The photo, sent anonymously from a burner email account, was said to have been taken at the Russian Ministry of Defense’s Znamenka 19 facility, but the team had to prove it.

“As with all geolocation, the first step is to identify details in the photograph that could be useful,” writes Aric Toler for Bellingcat.

“There are broadly two types of details that we look for when performing this type of task: big-picture details, and micro-details.”

The big picture details tells the team what kind of buildings to look out for on satellite imagery. Whereas the micro-details such as wall patterns, signage, and other small details can confirm the identification.

In this case, the three-sided stairs that leads up to a building entrance that the group is standing on is a feature that could potentially be spotted from satellite images.

Other clues includes a reflection of what appears to be columns in a window behind the photographer’s position.

“Some of the micro-details that we identified for this photo include the intersections of the upper-brick pattern, the lower-brick (with a lighter red color), and the white path along the wall with a gutter drain alongside that may be visible in imagery taken closer to the area,” explains Toler.

“We could not expect to clearly see these details in satellite imagery, unless it was very high-resolution.”

The Bellingcat team painstakingly scanned through every piece of satellite imagery they could find and eventually found a potential match for the three-sided entrance.

But then they hit the geolocation jackpot. The Znamena 19 facility is on Znamenka street in Moscow. By searching through geotagged photos of the street on the Russian social network VK they came across a high-resolution photograph taken by a professional roofer while he was on top of the north wall of the facility; facing the three-sided entrance.

“Going back through our checklist of big-picture and micro-details, almost everything matches, even though this photograph was taken eight years later,” says Toler.

“The number of stairs and their color, the color of the bricks, the presence of the gutter drain, the barred windows, the grey door to the right of the posing group, the white columns, and everything else that is visible are a clear match.” 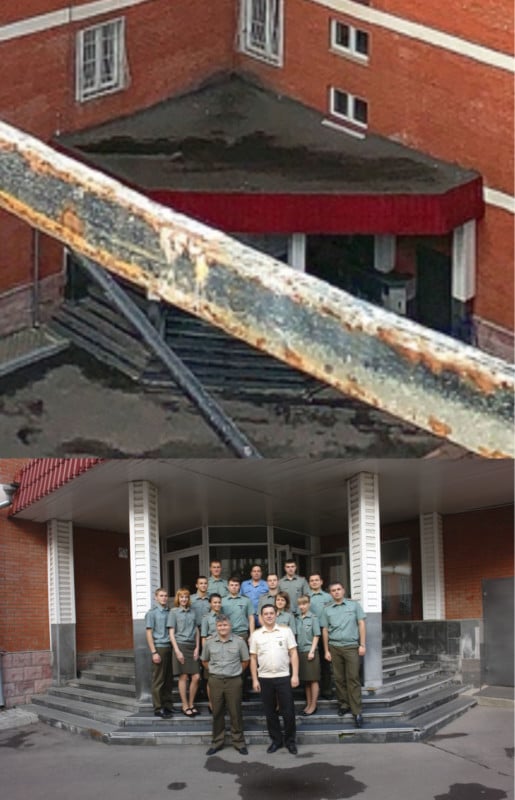 The team can now confidently confirm the photo’s authenticity which helped Bellingcat and its investigative partners The Insider and Der Speigel in a six-month long investigation to identify the people responsible for Russia’s cruise missile program.