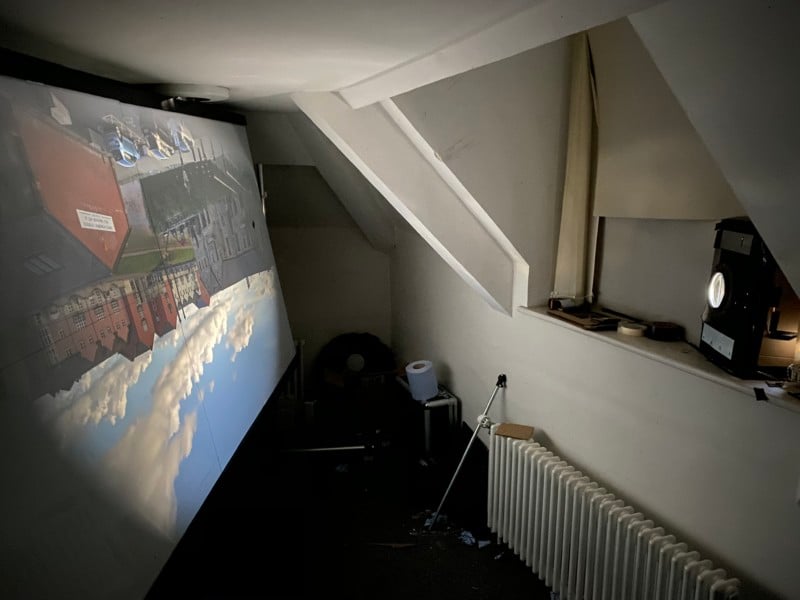 Photographer Brendan Barry—known the world over for turning just about anything you can think of into a functional camera—recently completed one of his most ambitious projects. He turned a room Custom House in Exeter, UK into a giant camera, which he then used to shoot and develop some massive ultra-large format photos.

Notably, this isn’t Brendan’s biggest “giant camera” that he’s ever created. Not by a long shot. That honor belongs to his “skyscraper camera project” where used the entire 46th floor of a skyscraper in Midtown Manhattan to create several massive prints all at once. This project is a bit less ambitious, and a bit more attainable for mere mortals like you or I.

For the “house camera,” he converted a top floor room in the uUstom House in Exeter, UK into a large-format camera, and used that camera to capture and develop ultra large format prints of Exeter Quay. 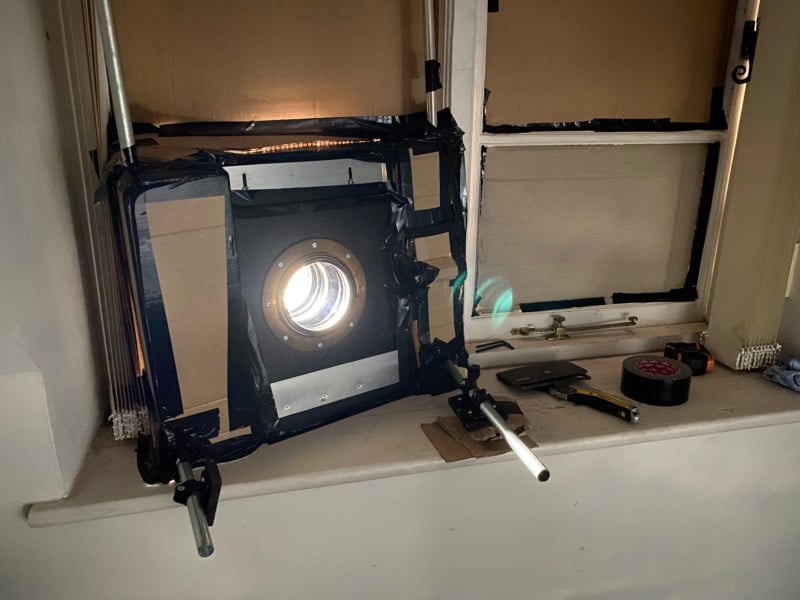 This isn’t your typical pinhole camera obscura setup. In order to achieve the best results, Barry used a Goerz 70-inch APO Artar, which projected an upside down image of the outside world onto a specially constructed 50 x 100-inch board that Barry built in order to play with his depth of field.

The image itself covers about 50 x 60-inches without any vignetting, and was captured over the course of a 20-second exposure at f/90. The massive sheet of photo paper is then developed by hand in a series of troughs—since Brandan does now own any 50 x 70-inch trays he could use…—by rolling the sheet one way and then the other for pre-determined amount of time.

And you thought home-developing your 35mm film was difficult… 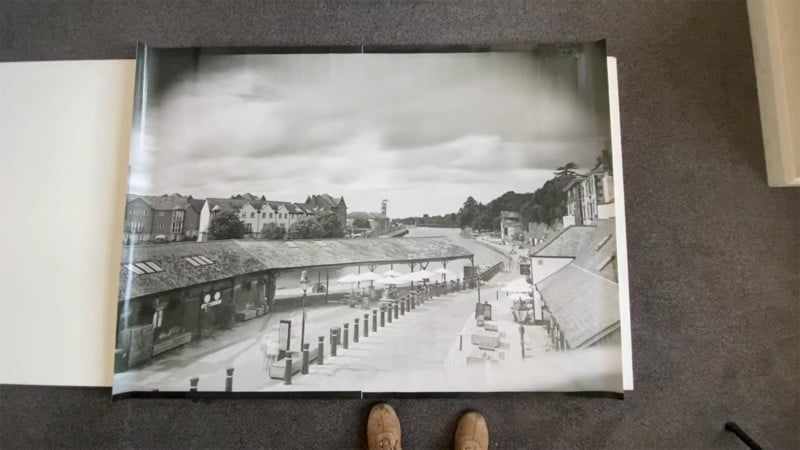 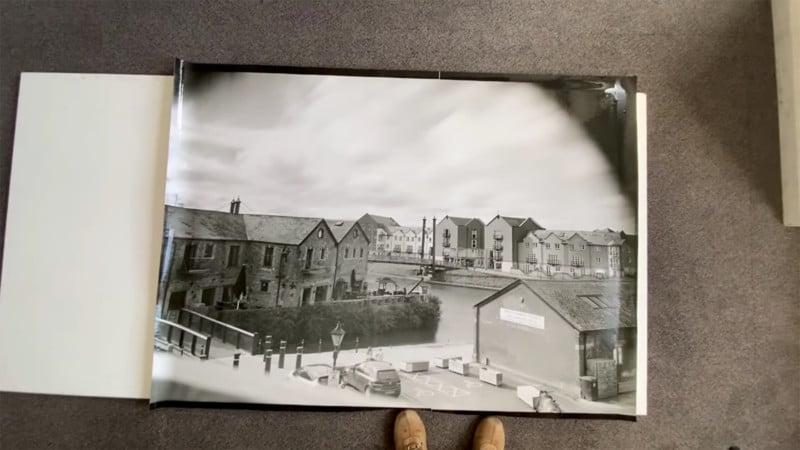 When it’s all said and done, the prints he captured contain a staggering amount of detail, and they can be lined up next to each other to create a panoramic view of Exeter Quay unlike anything that’s ever been captured before. 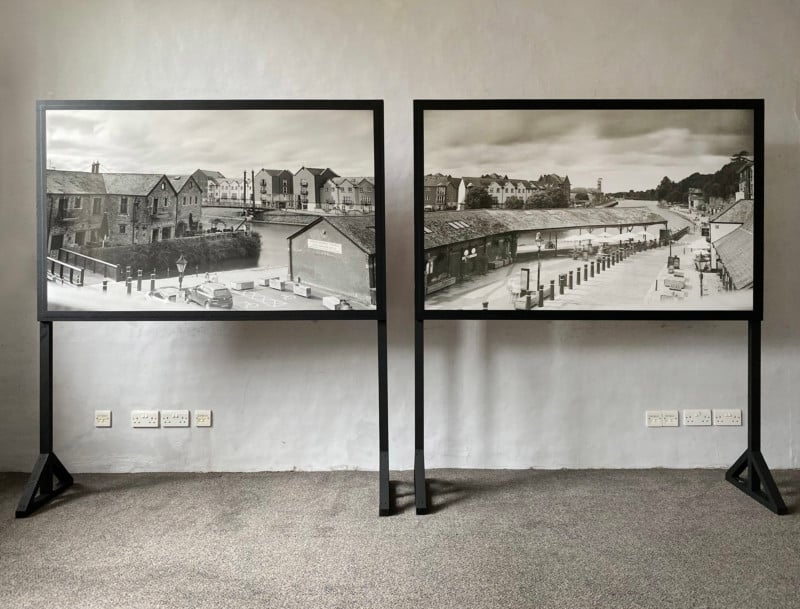 You can watch the whole process from start to finish—from building out the room and setting up the “camera,” to actually capturing and developing the final product—in the video below:

Speaking about this project and his work in general, Barry explains why he keeps turning various objects, rooms, and even buildings into giant cameras.

“My work aims to challenge our understanding of what a camera is, what it can do and how one can be constructed,” explains Barry. “[I’m] taking the whole notion of what a camera might be, unpicking these preconceptions, and creating new ways of inviting an audience into having a transformative experience in a space.”

In the case of Custom House, he actually transformed “a number of rooms in the building” into giant cameras over the course of his one-week residency, in order to capture as many views of Exeter Quay as possible and really drive home his point.

To see how he did it, learn a little something about ultra-large format photography, and marvel at the results he’s captured, check out the video above. And if you want to see more of Barry’s work, you can find more of his sometimes massive, sometimes strange, and always fascinating creations here.

Image credits: All photos by Brendan Barry and used with permission.