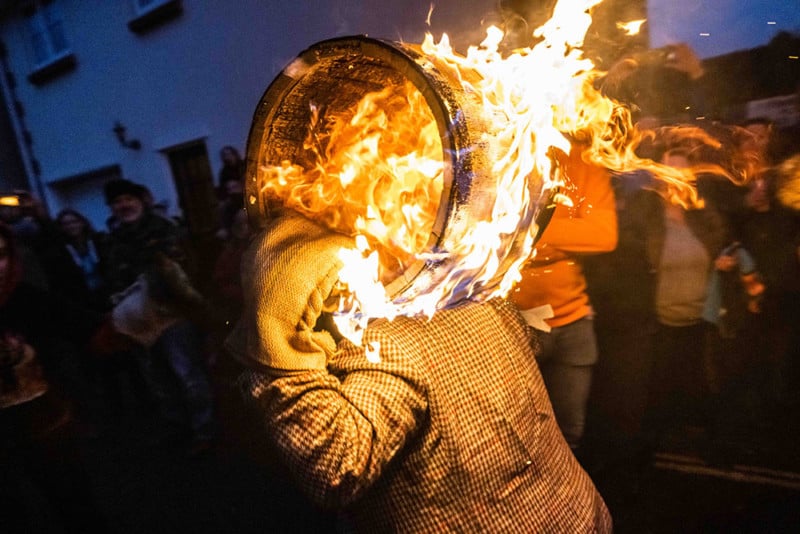 Each year in a small town in southern England, villagers celebrate Guy Fawkes Night by hauling flaming barrels of tar on their backs and running through a crowd of people.

Ottery Tar Barrels is an eccentric tradition that dates all the way back to the 17th century and commemorates the day Guy Fawkes attempted to blow up the Houses of Parliament in London. Photographer Jack Boskett attended the annual tradition and captured red-hot images.

“Covering the Tar Barrels was a surreal job. They’re all mad,” he tells PetaPixel.

“The streets are full to the brim with people and you are under the illusion that you cannot move through to get to the other side of the street, however when a lit barrel charges towards you, you’ll be surprised as to how much free space there actually is.” 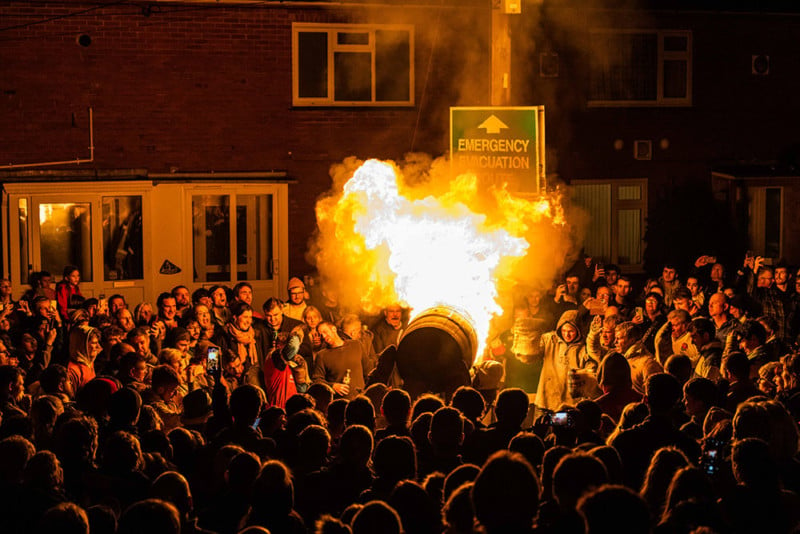 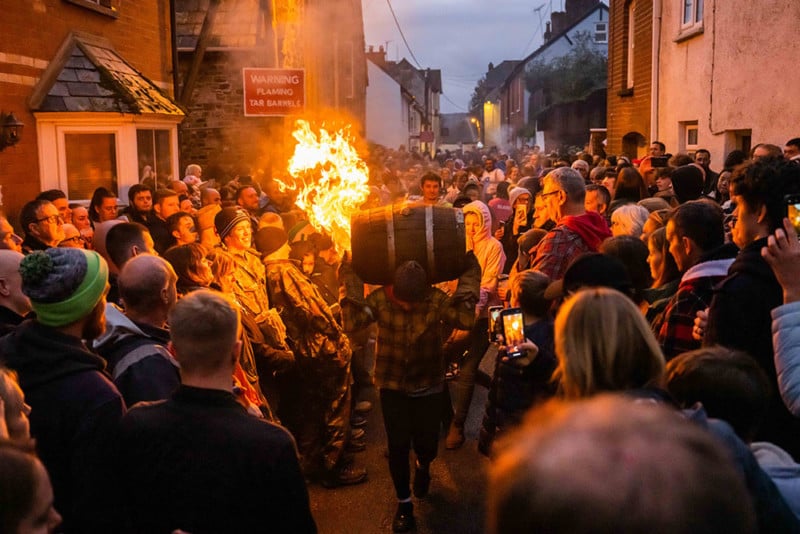 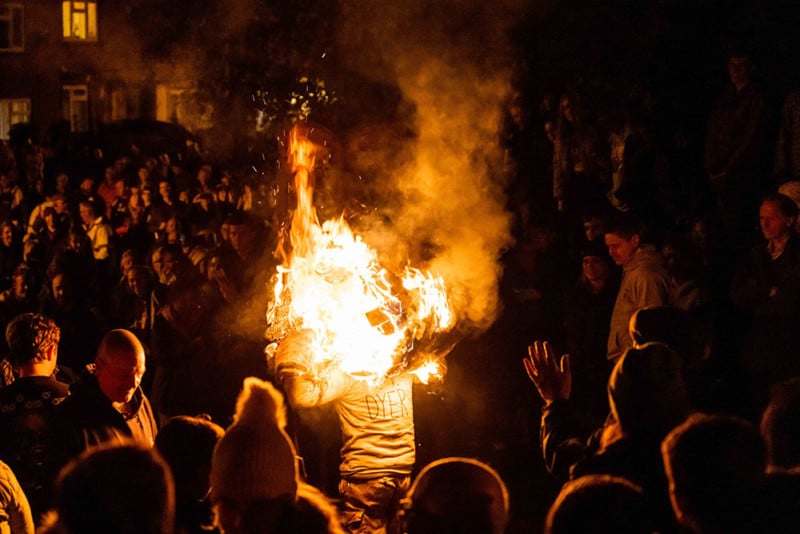 Photographing the event is a tricky task. The dark night may lead some photographers to grab the flashgun. However, there is ambient light emnating from the fiery barrels.

“It was a challenge to photograph the event as it was dark, but the light from the fire is so bright,” adds Boskett.

“I love the way it lights up the faces in the crowd as the tar barrel makes its way through the spectators at speed. A truly fascinating old tradition.” 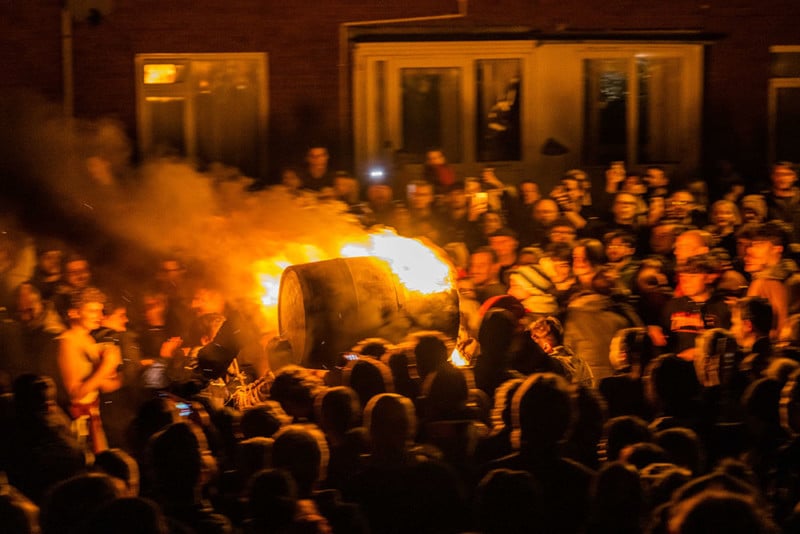 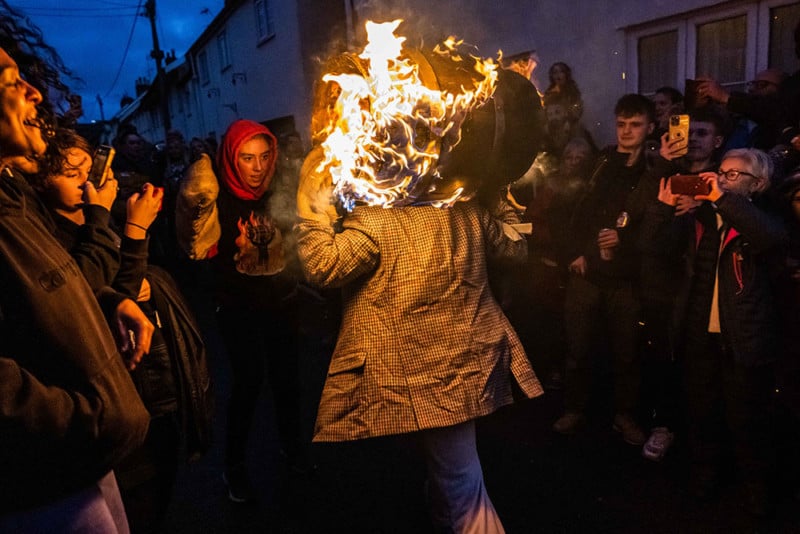 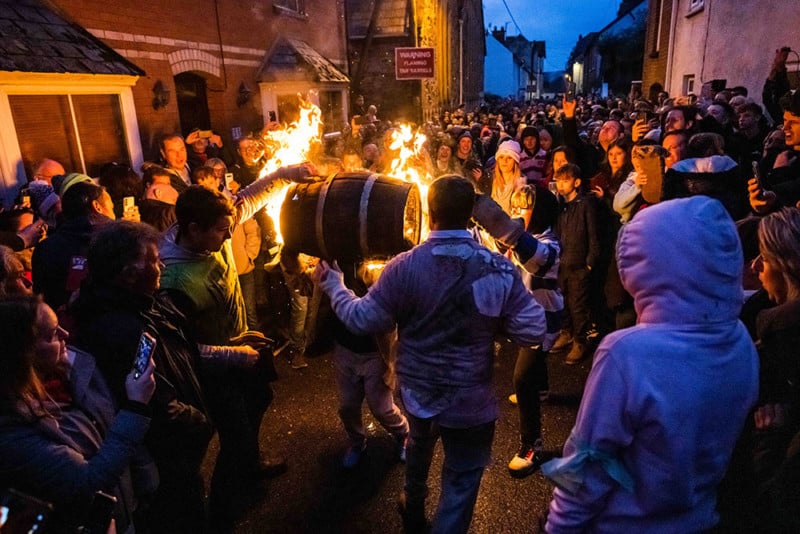 The Ottery Tar Barrels takes place on Guy Fawkes Night (November 5), a uniquely British tradition that commemorates the Gunpowder Plot, an attempt to assassinate King James I by blowing up the English Parliament. Guy Fawkes was arrested while guarding the explosives and his name has since fallen into folk legend.

Since the failed assassination attempt in 1605, people have taken to making bonfires to celebrate the King’s survival. Sometimes they will create a “Guy” to burn on the bonfire. This year an effigy of short-lived Prime Minister Liz Truss was burned. 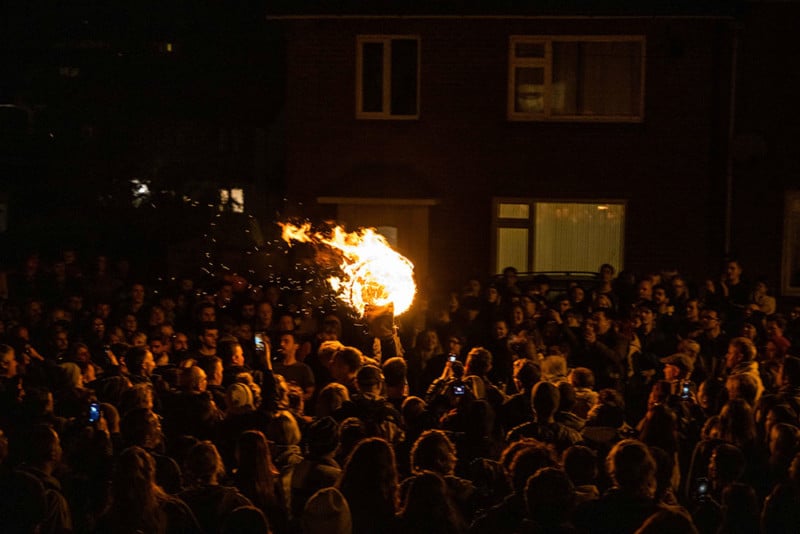 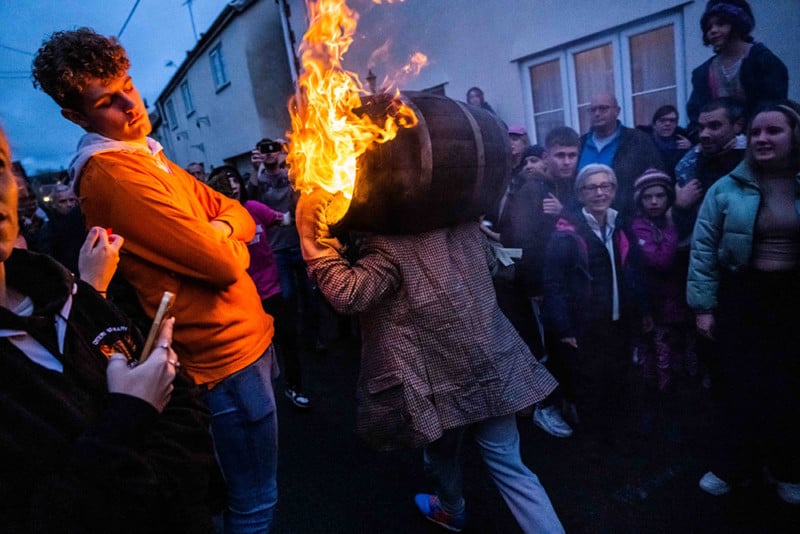 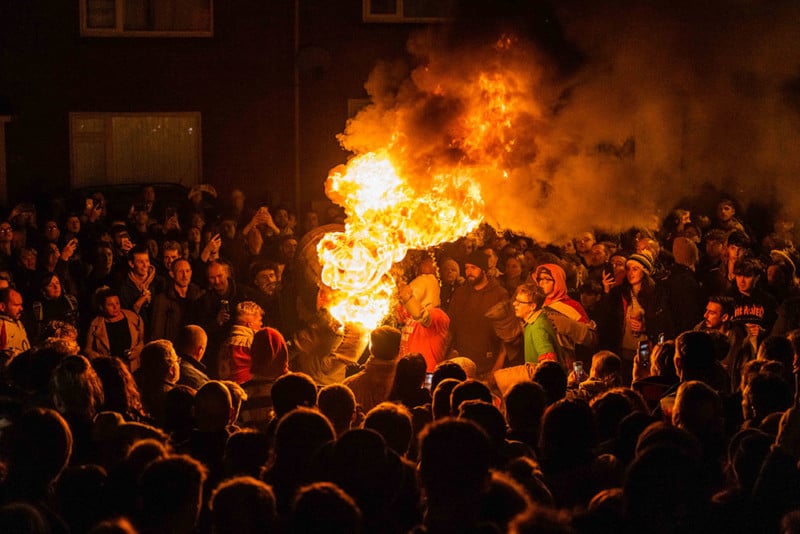 The tradition of burning things on November 5 had led the town folk of Ottery St Mary to carry flaming barrels of tar on their back. No one is quite sure how this tradition came about.

It is little wonder photographers are drawn to unusual and archaic traditions. Earlier this year, PetaPixel featured Asher Svidensky who traveled to Bulgaria to photograph the ancient Kukeri rituals where villagers cover their bodies with furs, wear handcrafted masks, and paint themselves in order to transform their appearance into intimidating monsters. Then, with their monstrous appearance, the villagers will band together and chase away all the evil spirits from their villages and crop fields. 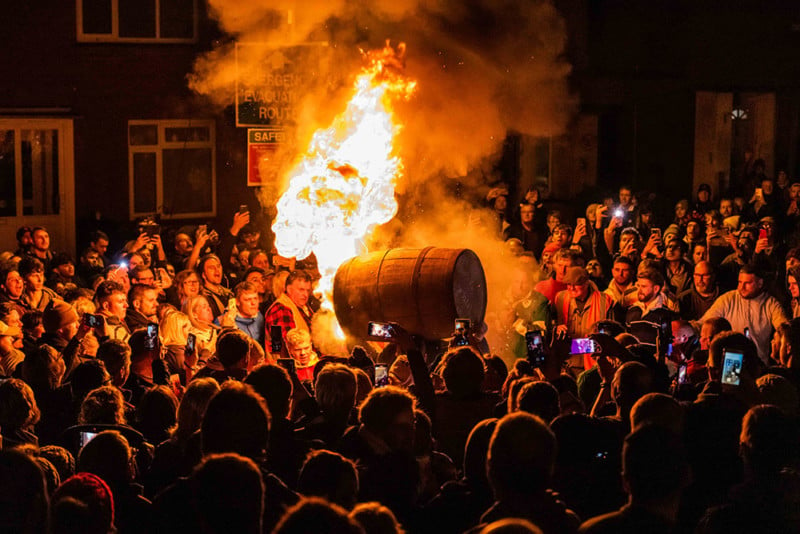 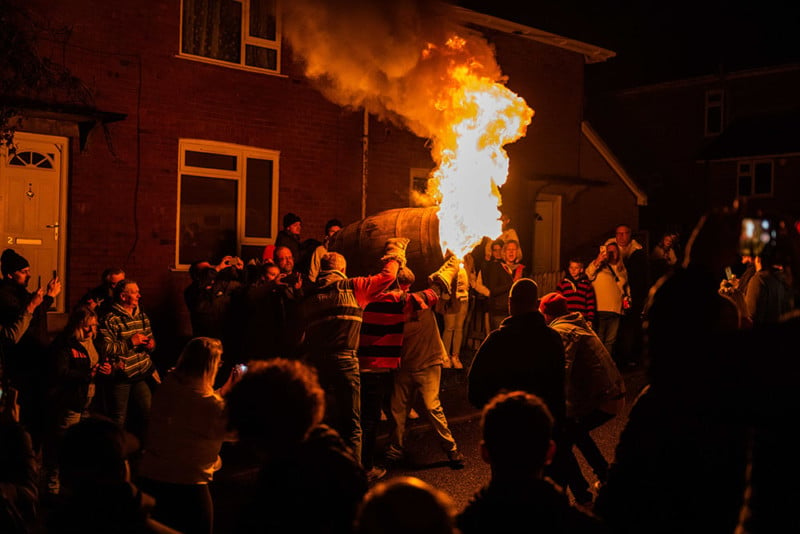